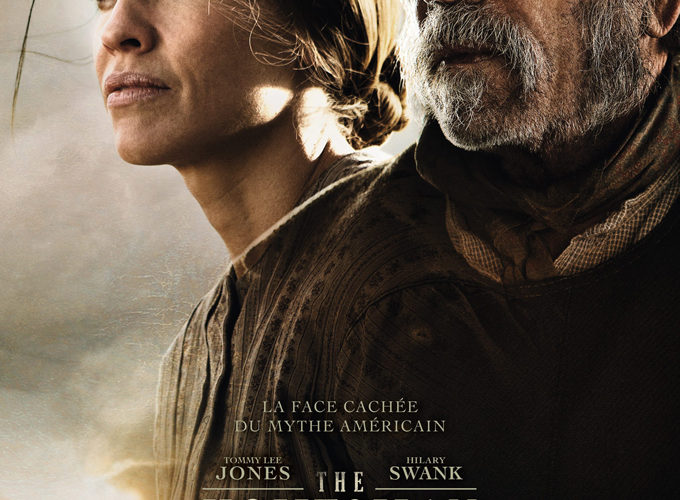 There is something odd about the way Hilary Swank moves in The Homesman, the second film directed by Tommy Lee Jones after The Three Burials of Melquiades Estrada. Part of it is perhaps the actress is in period detail costumes, as the film takes place in the Nebraska territory in the mid-19th century, and may not be used to the clothes. But more than that, a lot of her gestures come off as artificial, as if the actress is mimicking the movements without actually becoming them. It’s essentially a metaphor for Jones’s approach to this hokey and disappointing Western, which will necessarily be compared to the work of Clint Eastwood. This odd tale of Women in the West includes many of the signifiers we’re used to, but lacks all the interior meaning that has defined the latter director’s work.

Adapted by Jones and Kieran Fitzgerald from the novel by Glendon Swarthout, The Homesman originally appears to be a feminist Western in the vein of William Wellman’s masterful Westward the Women, but the eventual plot details elide that for something much more classical to the genre. Swank’s Mary Bee Cuddy, a spinster despite her wealthy farm, goes through the work of daily life with longings of a husband, which she sees less for romantic possibilities than a strong financial investment. She eventually gets involves in her town’s affairs when three women, who have each lost children and been terrorized by their husbands, reaching a point of mental instability and must be carried back East to Iowa. Cuddy essentially volunteers to transport them, and strikes lucky when she saves a shameless drunkard named George Briggs (Jones) from a hanging, employing him as essentially a guard along the perilous journey. There is thus a lot of physical action in The Homesman—horses, guns, Native Americans, and everything else one would expect—but the film omits interior details. The events that belabor their journey bounce around without any clear narrative strategy to how this relationship (which often plays like a buddy comedy) should develop. Jones might have captured the period detail in his Western (aping shots directly from Unforgiven and The Searchers), but the psychological motivations of the characters are left largely unexplored.

This has always been the Eastwood specialty, present in masterworks like The Bridges of Madison County and Million Dollar Baby. Both Jones and Eastwood show an affinity for classical Hollywood continuity in their shots and editing, but Jones is rarely mining this relationship for material that enriches the characters and doesn’t follow a psychological logic. The awkward pacing of the plot that jumps wildly from grand tragedy (death of children, rape) to hokey comedy (screwball banter) is almost indifferent to the actual emotional consequences each scene should take. Instead, the characters remain static as they physically move across the landscape (only the injured women themselves seem to grow, though just barely). By the time Cuddy commits two very important actions in the film, it’s almost impossible to understand the logic as much as read them as plot points to force Jones’s Briggs to develop in a certain way, pushing the plot to a somewhat logical end. But to what ends? The last act of The Homesman aspires to be a look at the old adage question of Western civility versus Eastern savagery, made slightly surprising that the characters have traveled East instead of the opposite, but it feels made of another movie all together. The pieces throughout Jones’s work have seemed to be stitched from a dozen great westerns—a little capitalist critique here, a bit of old man becoming a father there, and at least one visual mention of slavery for good measure—all shot under Rodrigo Prieto’s rather beautiful compositions that feel rather indifferent to the action. If Jones wants to become a great director of a dying genre, he cannot simply hope to mimic what the masters did. He must instead explore the meaning of each image he creates.

The Homesman premiered at Cannes Film Festival and is currently without a U.S. distributor. Watch the trailer here.