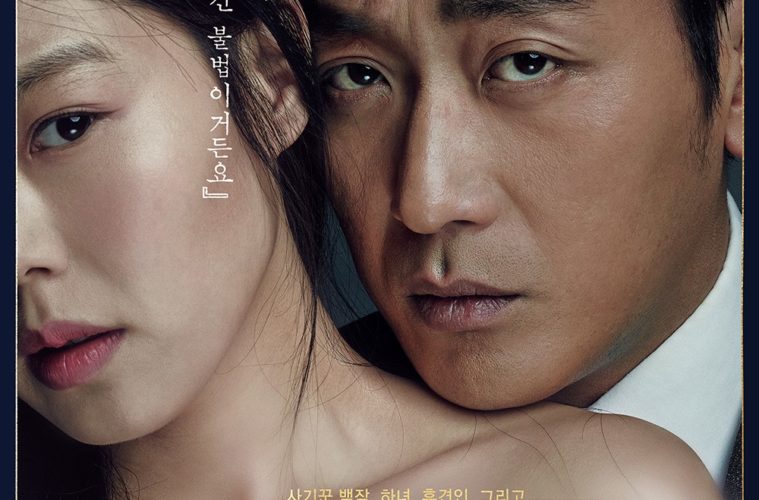 Park Chan-wook has often iterated his conviction that vengeance is a topic ripe for infinite cinematic treatments. Following the conclusion of his trilogy dedicated to the subject – Sympathy for Mr. Vengeance, Oldboy, and Sympathy for Lady Vengeance – he largely moved on. (Although Stoker did use elements of revenge to drive the narrative along, it didn’t constitute the film’s central preoccupation.) But now he’s back and his thematic ambition is greater than ever. In The Handmaiden, an adaptation of Sarah Waters’ novel Fingersmith, the target of his heroines’ vengeance is none other than the patriarchy. Those familiar with Park’s earlier work will know that he’s hardly the most subtle of filmmakers, and his approach to gender politics here is risible, even self-contradictory. His customary prowess as a stylist and knack for constructing and navigating intricate plots, on the other hand, is once again put to good use.

Set during the Japanese occupation of Korea in the early 20th century, The Handmaiden is split into three parts. The first is the least-involving, as it sets the scene without hinting at the twists that are in store, taking much too long to do so. Sookee (Kim Tae-ri) is a member of a gang of thieves who is enlisted by her leader, the pretend-aristocrat The Count (Ha Jung-woo), into a scheme to defraud the rich heiress Lady Hikeko (Kim Min-hee). Sookee is to be hired as Lady Hikeko’s handmaiden so that she can gain her confidence and later, once The Count shows up, convince her to marry him. Sookee and The Count then intend to get her locked up in a sanatorium and steal her wealth. Attraction sparks between the two women, however, and soon they’re falling in love, bringing Sookee into conflict about her allegiances.

At the end of Part I, with the marriage successfully orchestrated, it is Sookee who suddenly finds herself hauled off to the sanatorium, while The Count and Lady Hikeko run off together. It’s from this point onwards that things get interesting, as betrayals pile onto betrayals, flashbacks reveal secret ploys and sordid backstories, and alliances are constantly reconfigured.

Most of this story takes place at the vast estate where Lady Hikeko lives with her uncle. Their mansion is half-built in Victorian style, while the other half’s architecture is Japanese. Why? Perhaps to universalize the film’s gender themes, or, more probably, because the opulent Victorian décor – dark wood furniture and paneling, gloomy paintings and plush carpeting – makes for a more menacing setting than the classy minimalism of traditional Japanese interiors. Indeed, Park and his regular DP Chung Chung-hoon capture them with their customary flowing camera and lush, saturated photography to gorgeous, if purely superficial effect.

The Japanese aesthetic of Lady Hikeko’s uncle’s prized library, however, is more appropriate for the proceedings that take place within. Here the uncle would force her to read classic and sadistic Japanese erotica – the only type of books to be found on the shelves –  to parties of fellow noblemen. The books from which she was made to read since childhood are filled with pornographic woodcuts depicting violence and rape against women, such as the famous The Dream of the Fisherman’s Wife, or one in which a woman is penetrated with large rocks.

It is through these unsavory scenes that The Handmaiden’s would-be feminist thrust starts to emerge. After centuries of vicious subjugation, it’s finally time for women to get their due. Uncharacteristically, Park doesn’t have his female characters torture and dismember their oppressors in meticulous, hyper-graphic detail. In fact, the eminent carnage-enthusiast is remarkably restrained this time around, limiting himself to a single torture scene that involves a character going to town on another’s hand with a paper cutter and a drill, with most of the chopping and perforating taking place off-screen.

Yet his idea of emancipation is no less juvenile. It more or less boils down to having Sookee and Lady Hikeko engage in three sex scenes – or, rather, two, but one gets an extended replay with additional sexual positions and camera angles – that conform to stereotypical adolescent male fantasies of how lesbians get it on. That said, having his leads wildly scissor to the swelling tune of Hans Zimmer’s “Journey to the Line” (best known from Terrence Malick’s The Thin Red Line) is a pretty amazing touch.

The Handmaiden premiered at the Cannes Film Festival and will be released by Amazon Studios on October 21. See our festival coverage below.