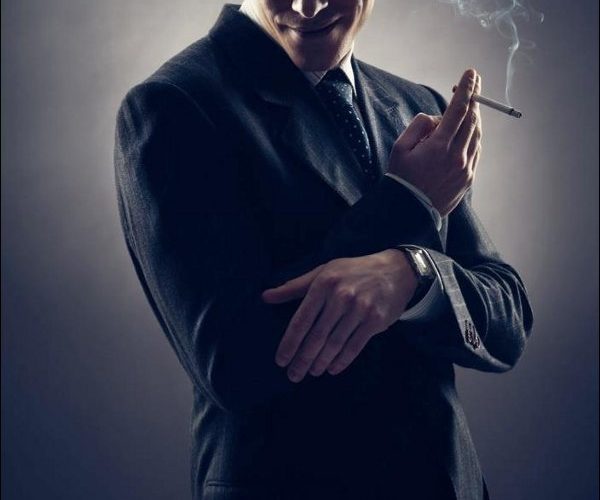 The one thing a biopic should make no business of is that the character at its center is important. Great films have been made from the least-important people imaginable (the Dardennes essentially built a career around this). Unfortunately, this is not what we get in Bertrand Bonello’s Saint Laurent, a flashy and intermittently unique biopic that takes on the fashion designer Yves Saint-Laurent as a primary subject. When the final minutes feature newspaper men debating what to include in a character’s obituary, there’s little sense that the director has created a living, breathing figure as opposed to a very nice subject. This would not feel so egregious under the guise of some crass director, but Bonello sparked a wave of excitement in 2011 with House of Tolerance, a romantically shot, Pasolini-style investigation of a 19th-century brothel. It’s easy to see the surface links between Tolerance and Saint Laurent — the gorgeously designed sets, as well as an emphasis on the body — but these comprise the surfaces of what is otherwise Bonello’s all-too-classically structured biopic trappings. Beyond the cloying first minutes, there are, still, some interesting aspects that start the film, as Yves (Gaspard Ulliel), in his mid-30s, begins work on his most ambitious period of fashion (1967-1976) while enjoying a very privileged lifestyle. As in House of Tolerance, Bonello seems obsessed with bodily movements — here, how they create an almost-orgasmic surface for Saint-Laurent. When Yves first spots Anna (Amira Casar) dancing through a club, it is not her initial beauty that captures his eye, but the beauty of the way her body moves, how it can thus become an object to design around and accentuate. Yves laughs with delight as he questions his bohemian friend, Loulou (Léa Seydoux), and the origins of her various clothing — the way the body can transform on a single surface through the delightful mix of materials.

But he continually drops references to various pop culture items of the 1960s like cheap, Mad Men-style gags. (“Want to go see that movie about the bikers in America?”) This isn’t necessarily bad: in one fascinating sequence, Bonello uses a split screen to juxtapose Saint-Laurent’s flashy clothing with a single shot of news footage chronicling various political chaos in the streets of Paris and the squares of Algeria. The obliviousness of Yves’s enclosed world makes for an interesting dichotomy, especially aesthetically, that then goes sadly unexplored. The material with letters to Andy Warhol provides a hanging motivation that, for as bracingly obvious as it plays, gets into neither the real want of this man (besides making great “art,” as we’re constantly reminded) nor the process that made him stand out.

If the first hour provides enough flash and interesting tangents to follow, Bonello, perhaps constrained by actual events of the man’s life, instead focuses on heavy drug use with his partner, Jacques (Louis Garrel), and the romantic & physical tragedies that beset them in this lifestyle (Moujik, the adorable French bulldog, is the film’s saddest character). It’s not that drugs can’t be an interesting narrative, and the Scorsese influence is certainly clear in Bonello’s work. Although there is at least one truly ridiculous scene, there is no satire here — simply the woes of one man. While I found myself mostly out of steam by the time it rolled around, Bonello finds an interesting strategy in Saint Laurent‘s final act, as the now-hollowed-out figure attempts to redeem his empire. The script cross cuts between 1976 and 1989, the latter seeing an older Yves (played brilliantly by Helmut Berger) fighting to keep his body going alone in a lustrous mansion while the younger prepares one more great show. It contains some more unnecessary references (“He died of AIDS”), this cross cutting brings real stakes to the drama: the younger Yves fights to preserve the legacy of the older, so he may cross from one life to the next in peace.

It’s early in the film when Yves is told that the only happiness comes through beauty — but, as he learns, beauty cannot necessarily bring happiness, and replacing it cannot stop grief. Bonello thus tries to connect gorgeous locales, costumes, and beauty to a man searching for happiness. Yet this feels all but too generic, the stand-in motivation for what can’t help but feel like a work that simply argues for its subject’s importance. We know Saint-Laurent was important; sadly, what made him engaging remains trapped behind those glasses.

Saint Laurent premiered at Cannes Film Festival and will be given a U.S. release through Sony Pictures Classics.