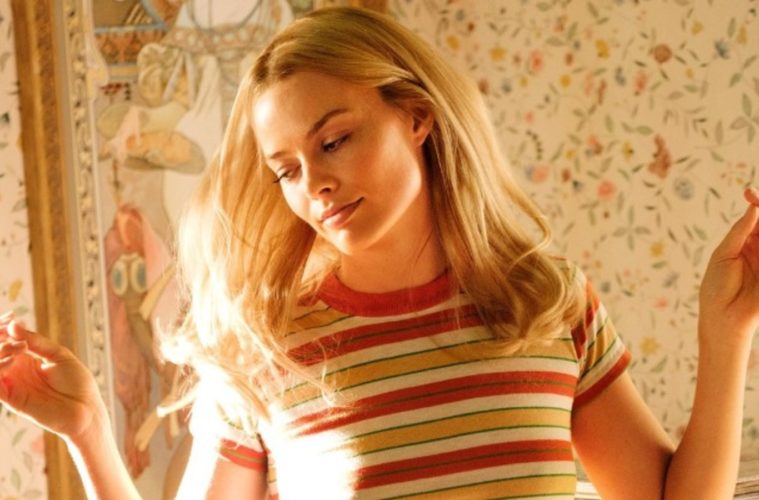 Cannes Review: ‘Once Upon a Time… In Hollywood’ is Quentin Tarantino’s Flawed, Ravishing Fetishization of ’60s Hollywood

Quentin Tarantino returns in a haze of cigarettes, cocktails, razzle-dazzle, and psychedelic rock with Once Upon a Time… In Hollywood, a jarring concoction of ravishing 1960s fetishization and sliding doors “what if” moments that might just be his strangest film yet. It is certainly the director’s most patient, an uncharacteristic slow-burn that asks you to wait for it, jussst wait for it as it leads towards a fateful night in Hollywood folklore. The peculiarity of that pacing is notable and we’ll have to see if this cut–which was added to the Cannes lineup late on, supposedly as the director edited up until the last minute–will be the same that lands in theaters at the end of July.

In case readers have taken up accommodations on one of Jupiter’s less popular moons, Once Upon a Time stars Leonardo DiCaprio and Brad Pitt (together on screen for the first time) as Rick Dalton, a popular TV actor in the throes of a mid-career slump, and Cliff Booth, his long-serving stunt double, respectively. Booth lives in a trailer behind a drive-in cinema with his trusted pooch but Dalton’s place is on Cielo Drive, right next door to Sharon Tate (Margot Robbie, without a great deal to do) and Roman Polanski (Rafal Zawierucha). Tarantino cleverly uses this trifecta to show how the class structure of Hollywood looked as the studio system era drew to a close. Rick–an actor of Westerns, like an older drunker version of Alden Ehrenreich’s cowboy from Hail, Caesar!–has left a cushy TV gig on a show called Bounty Law in the hopes of making it in the movies but has faltered as, well, they just ain’t makin’ them like they used to anymore. Polanski, red hot from the success of Rosemary’s Baby, portends the renegade decade to come. Rick’s dream is to jump from his social rung to the other.

The story takes place in 1969, for a few days in February and just one in August–the latter of which we shall say nothing about. Tarantino takes the early scenes to put his chess pieces in place. We meet Dalton at a career juncture. The only decent offers coming his way–from super-agent Mr. Schwartz (Al Pacino, rocking it in goatee and dark rimmed glasses)–are for second-rate spaghetti westerns that would involve a move to Italy. Booth drives him from gig to gig but is disliked in the industry as people believe he killed his wife on a boating trip–a strange nod to Natalie Wood that I can’t quite decipher. Tate is fresh on the scene and still enjoys ducking into movie theaters to see how audiences react to her latest performances. She also attends a party in the Playboy mansion where Steve McQueen (Damian Lewis) gives us the lowdown on her love life.

It feels like a movie that’s been torn from the pages of Confidential magazine and you can get a sense of Tarantino just swimming in all that Hollywood folklore. Indeed, as a period piece it’s exceptional, with everything from the Pan Am stirrer in Dalton’s in-flight cocktail to the buzz as the lights of the Cinerama theater blink on ringing with an authenticity that goes beyond nostalgia, and I would trade whole swathes of recent Tarantino joints for the primal thrills of watching Brad Pitt in a Hawaiian shirt and aviators bombing down a neon-lit Hollywood boulevard. There are, however, a few notable lags and Tarantino sacrifices a great deal of narrative thrust to show us the rhythms of Dalton’s day job as he stumbles his way through a scene in a low-budget Western.

In spite of this, the script as a whole proves to be his least self-referential and perhaps his most original since Jackie Brown. There are plenty of fun pop culture homages to the era, but this is a story about empathetic and critically-flawed humans, which is not something you might have said about his movies for awhile. He even practices a degree of caution with the material, at least for most of the running time. Obviously, that all goes out the window in the film’s climax which–review cliché klaxon err err!–will divide audiences. As will the film’s general disregard for women, who are either beautiful, snoring near-mutes or brainwashed kids who the film deems undeserving of our sympathy. One of the only female characters who actually gets a few lines is Dalton’s 8-year-old co-star on the movie he’s shooting. She schools him on the craft and even winks towards gender bias in the industry, but the scene feels bolted-on for this post-Weinstein Tarantino, not to mention a little anachronistic.

Once Upon a Time… In Hollywood is, at its best, a grand and beautifully designed set-up where seemingly insignificant details in act one lead to pivotal moments late on. More than his dialogue or his taste for violence, it is this knack for the slow build that continues to set the director apart. It happens over the course of the movie but–similar to the Michael Fassbender bar scene in Basterds or the Leo dinner in Django–in self-contained moments as well. The best of these is a trip to Spahn ranch, where Booth discovers Manson’s “family” for the first time. They don’t make ’em like they used to, Tarantino’s film seems to say, but nobody makes ’em like this, either.

Once Upon a Time… In Hollywood premiered at Cannes Film Festival and opens on July 26.