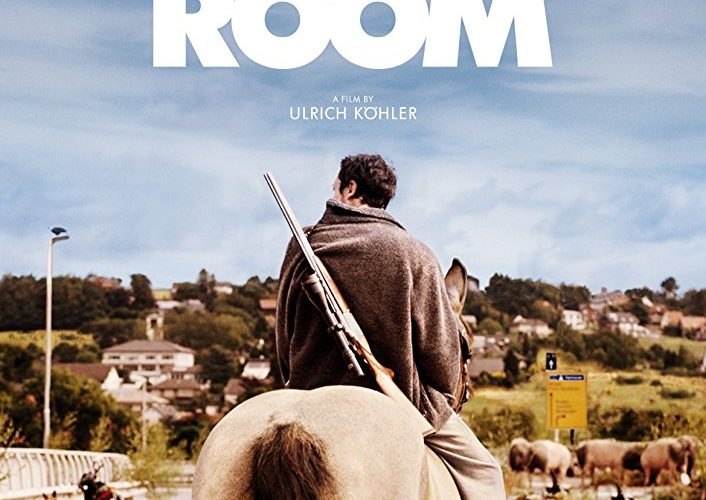 Cannes Review: ‘In My Room’ is a Strange, Intimate Post-Apocalyptic Tale

At what point do vaguely-related surface movements form into something resembling a wave? The idea of a so-called “Berlin School” has been doing the rounds for quite a while. However, the creative output of that group of filmmakers in the last few years has been nothing short of astonishing. Christian Petzold led the way with Barbara (2012) and Phoenix (2014) but nothing could have prepared us for Maren Ade’s Toni Erdmann rocking Cannes or Valeska Grisebach’s Western doing the same last year. Petzold’s Transit divided audiences (we thought it was great) in Berlin in February and now we encounter this strange, intimate, little science-fiction film.

In My Room is a story about being the last man on earth. Yes, we’ve been here before with the likes of Omega Man, A Boy and His Dog and, heck, even Wall-E (to name but a few) but this particular man isn’t exactly longing for all the comforts and human contact of a lost old populated world (like those previously mentioned). Indeed, he seems pretty content with the new one.

Hans Löw plays Armin, a cameraman for a national news program in Germany. The film opens on a great visual gag: Armin looks on in the editing suite as his boss looks over the interview footage from the day’s press meet. It seems that Armin has been hitting record when he’s meant to be hitting stop and vice versa. It’s a humiliating scene and it isn’t the last one we’ll see. After an excruciating almost one-night stand with a friend’s daughter, Armin leaves Berlin to visit his terminally ill mother in the small provincial town he grew up in. His father introduces him to his new girlfriend. Then everyone disappears.

Operating with a relatively small budget, given the material, Köhler’s post-apocalyptic world is realized with great economy: a few overgrown ferns here, a couple of overturned cars there and, in the film’s most chilling moment, a ferry sliding down the river like a ghost ship.

It’s interesting to note that In My Room’s director is Ulrich Köhler, who happens to be married to Maren Ade and lives in Berlin with her and their two children. This is a film that seems very much out of love with the transient confections of that particular city. Armin’s first response to his new situation is naturally to hop in a police car and bomb down the small town’s narrow streets. He breaks the glass door of his parents’ house while trying to get in but the jagged edges he leaves behind end up fatally wounding their family dog and when Armin can’t bring himself to put him out of his misery he decides to get pissed and falls asleep.

Strangely, considering these opening sequences, Köhler’s film—unlike so many others of its kind–is not so much concerned with the worst instincts of human beings. Enjoying his newfound solace, Armin begins to set up his own self-sustaining abode, complete with livestock, farming equipment and a renewable energy source with enough oompf to power a laptop for playing DVDs (ironically the local video store has outlasted the internet, it seems). In My Room is not so much about loss, but self-discovery.

I’d love to go on talking about the various turns, but we’re already treading lightly on the narrative’s tastiest reveals. Suffice to say there are a few worth the entrance fee and, hey, if none of that tickles your fancy there is a moment later on that is without doubt the most cathartic screen application of DJ Tiësto’s Adagio for Strings. What more does one need to hear?

In My Room premiered at the Cannes Film Festival and opens on October 11, 2019. Find more of our festival coverage here.