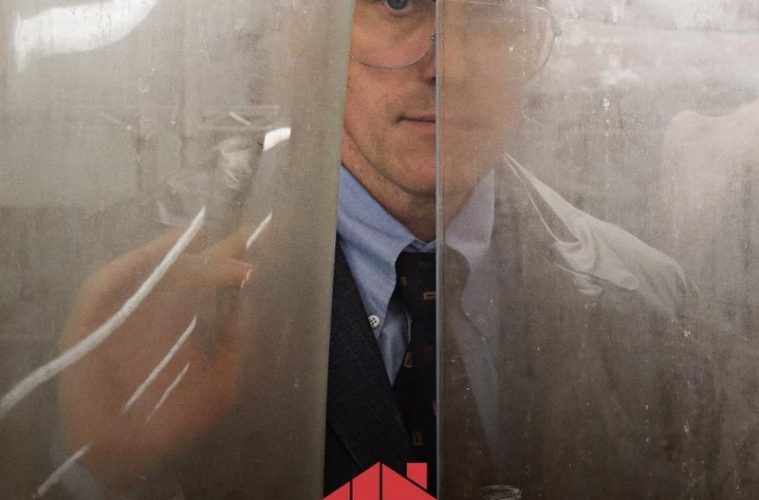 The Wikipedia entry for Narcissistic personality disorder (NPD) describes the condition as “a long-term pattern of abnormal behavior characterized by exaggerated feelings of self-importance, an excessive need for admiration, and a lack of empathy.” If there were any doubts about Lars von Trier suffering from a chronic case of NPD (there weren’t), they will be conclusively dispelled by The House That Jack Built, an exceedingly violent and purposely unpalatable film that plays like an extended therapy session.

In the voice-over conversation that opens the film and continues at intervals throughout, the protagonist, Jack (Matt Dillon), discusses his compulsion – savagely killing people, primarily women – with an interlocutor that is only identified much later on. That he’s voiced by the Swiss actor Bruno Ganz, who speaks with a nondescript foreign accent, initially gives the impression that it might be von Trier talking. Since it transpires fairly quickly that Jack is a stand-in for the director, the murders functioning as a metaphor for his films, it feels like listening to the conflicting voices inside von Trier’s head, one part of him trying to convince the other of his genius and the other constantly ridiculing his conceit. A topic they keep debating is the duality of human nature — specifically, man’s capacity for both good and evil — but the duality they more effectively illuminate is the narcissist’s overinflated sense of self and simultaneously crippling insecurity.

This dialectic drives the film, which addresses virtually every criticism ever levied against von Trier and his cinema. The Cannes premiere represented his return after being declared persona non grata in 2011 for telling journalists he sympathized with Hitler, and the way he confronts this controversy in The House That Jack Built is representative of his capacity for introspection: during one of Jack’s interior monologues, a montage plays of Hitler, Mussolini, Stalin, Mao, and Pol Pot, whose exploits he calls “extravagant art.” Make an injudicious joke during a press conference and find yourself banned from the most prestigious film festival in the world; say something far more appalling in a film, and get invited back…

Inevitably, of central concern are the accusations of misogyny that have dogged von Trier pretty much since the start of his career. The film does nothing to refute them — much the opposite. (Which is regrettable, as the gender politics of Dogville and Antichrist are far more nuanced than is often acknowledged, but that’s a debate that would require a lot more space than is available here.) Although Jack says his victims include men, we only get to see him killing women – scratch that, as there’s one occasion in which he lets a mother witness the execution of her two young boys in anticipation of her own. Each murder is more grisly and creatively conceived than the last, and although the level of gore is still relatively moderate if held up to torture porn à la the Saw franchise, von Trier is an infinitely more gifted filmmaker and his spectacle can reach nigh-unbearable levels of sadism.

There’s no shortage of examples to prove the uncomfortable fact that brilliant artists can also be horrible human beings. Whether there’s any worth to be found in The House That Jack Built will depend on the viewer’s interest in delving deep into von Trier’s tortured psyche. It’s unlikely anyone will empathize with him and it’s certain many will find the film execrable, but those willing to indulge his excess are offered a wealth of fascinating material. As far as artistic self-portraits and disquisitions on the creative process go, this one’s nothing if not unorthodox. This is a film in which the famously megalomaniac director’s alter ego descends into hell and then starts crying when told he’ll never be granted access to the Elysian Fields. Let’s not deny that there’s something irresistible about such barefaced insanity.

The House That Jack Built premiered at the Cannes Film Festival and opens on December 14. Find more of our festival coverage here.