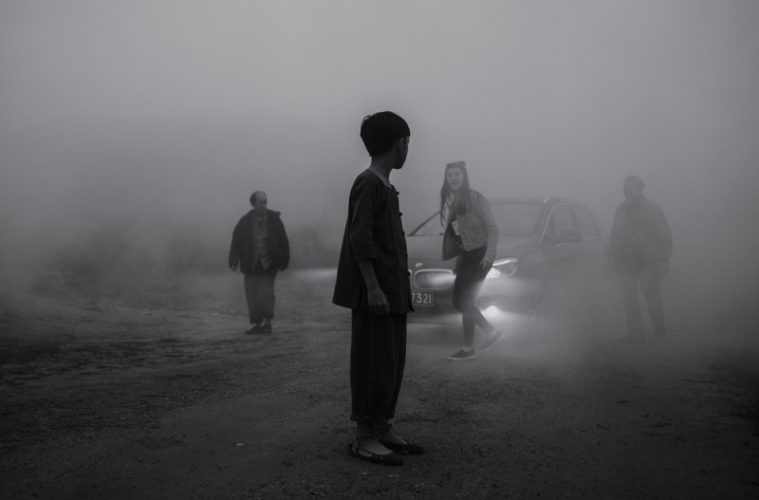 Busan Review: ‘My Dear Friend’ is a Hypnotic, Mystifying Piece of Surrealism

My Dear Friend is the kind of movie you tend to underestimate until it becomes trippy AF and regret not having paid closer attention from the very start. It might take some acquaintance or at least the willingness to engage with Chinese philosophy/supernaturalism on death and reincarnation to completely lose oneself in this thoroughly, mystifyingly oriental film, but the hypnotic touch of its maker should be undeniable in any case.

City girl Jing Jing (Gabby So) arrives at a remote village in the mountains of southern China with one thing in mind: to confront her boyfriend Yang Yiming who took off after knocking her up. Once there, she finds only Yiming’s grandparents Fang and Yang Shuimu (Robert Loh), peacefully wasting away in their modest farming existence, but is forced to stay on out of necessity. In the ensuing, admittedly not most exciting 30 minutes, we watch Jing Jing grow closer to the old couple and meet Zhongsheng (Lu Haoquan), a mute friend of Yang Sr. Zhongsheng is a man of similar age as Shuimu who always wears a frown, seemingly tortured by something he can’t say and we can’t see. The movie kicks into a whole new, enchanted gear when Jing Jing agrees to give the two gentlemen a ride to a village 300 kilometers away where Zhongsheng supposedly came from.

To reveal what happens next would be to spoil. What people can expect is a collision of timelines, the gentle dissolution of reality into myths and characters who may or may not be there at all. At some point memory would become as unreliable as fiction and time a very fragile concept. All of which somehow serves to reflect on the vast, humbling notion of death.

The fact that Yang Pingdao, writer/director of this debut narrative feature, used to be a documentarian is a little surprising. On the one hand, you certainly notice his exacting eye in the way he captures the unique landscape and culture of the Chinese deep south – be it the grandeur of the massive, fog-engulfed ridges or the chilling peculiarity of a traditional, sorna-accompanied funeral procession. On the other hand, it’s his readiness to abandon logic and retell reality that makes this film. Not unlike how Italian director Alice Rohrwacher approached her Cannes winner Happy as Lazzaro, Yang introduces manifestations of the mystical into his story as if it’s the most natural thing in the world. Without the use of special effects to signify anything extraordinary, time would stretch back, branch out, re-join, all within the unbroken flow of a singular narrative.

Such strokes of magical surrealism don’t just make for a swirling cinematic experience, they add a dream-like quality to the many depictions of suffering in the film and seem to offer the promise of salvation. In a particularly heart-wrenching scene, an impoverished child casually demonstrates his trick of getting through a dinnerless night to his orphaned, even poorer friend: “Slap your tummy ‘til it’s numb and you won’t feel hungry anymore.” When these are the circumstances you’re born into, when you’re put in such constant proximity to death, the idea of another dimension, of the hereafter – call it spiritualism or superstition – might prove not just comforting but life-saving.

Both leads, Loh and Lu, are great. As the plot grows increasingly flimsy, their performances remain grounded in the grittiness of the here and now. It’s in their faces and their eyes, quietly betraying the warmth of a lifelong bond, that My Dear Friend finds its central mystery. Cinematographer Long Miaoyuan’s b&w photography doesn’t wow from the get-go, but definitely grows on you as it evolves from simply describing the quotidian to tracing the pieces of an elusive puzzle. Ditto the sparse but evocative score by veteran experimental musician Dickson Dee. The few jagged basslines he adds to the soulful imagery feel like the sound of timeless sighs.

Then there’s Jia Zhangke’s oft-collaborator Lin Xudong, whose linearity-defying editing deserves much credit. Fluent with occasional, abrupt bumps to catch you off guard, the flow of the movie is beautifully suggestive and accommodates various interpretations. A late, rather random scene that features Shuimu in his bathtub apparently reminiscing about some vaguely sinister childhood incident is a bit of a head-scratcher inserted without much context. And yet its placement here is so deliciously disorienting it makes you re-think everything that has happened up until that point.

My Dear Friend is an unassumingly tricky film that takes a while to warm up to and offers no (easy) answers in the end. The mere trip of trying to figure it out, however, proves a cerebral, emotional, even spiritual exercise that’s more than rewarding.

My Dear Friend screened at the Busan International Film Festival.