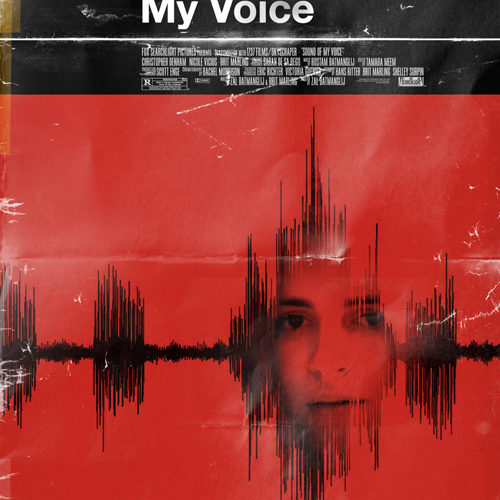 After doing more than a quick tease by releasing the first twelve minutes of their cult drama Sound of My Voice, Fox Searchlight has now debuted the official poster for the film, starring Brit Marling (Another Earth, Arbitrage). We called Zal Batmanglij’s debut “completely realistic, completely plausible with “a looming sense of uneasiness buried beneath the surface that keeps you unnerved and engulfed. It’s movies like this that make film festivals worth going to.” The design, also highlighting the preview, is more of the same well-torn look, but works for a film like this, almost like a book cover.

We’ve also got the theatrical poster for Abel Ferrara’s 4:44 Last Day on Earth, which stars Willem Dafoe and Shanyn Leigh as a couple in NYC who are preparing for the apocalypse. The design seems to be pulled straight from a still, with lots of Photoshop working touching up the rest. That comes from JoBlo and you can see the trailer here and both posters below.