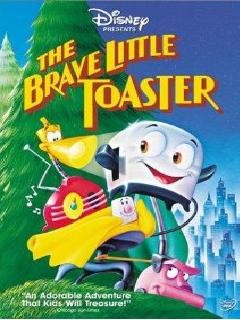 If you like your home appliances of the brave variety, then today is your day. Few animated films have taken a stranger path than Jerry Rees‘ Brave Little Toaster and now we may see another version come to the screen. Back in the late ’80s, the original film was made on a relatively small $2.3 million budget and after a premiere in Los Angeles, it went to the Sundance Film Festival in 1988. While it was accepted with praise there, it never got theatrical distribution and ended up  showing on The Disney Channel, following a home video release a whole two years later. It has since gone on to have a bit of a cult following, but now it looks like we’re getting another dose of our little toaster.

The Wrap is reporting that Waterman Entertainment have picked up the rights to the film and in development on creating a new live-action/CGI hybrid version that would bring back our toaster, vacuum cleaner, lamp and blanket in their own adventures. Don’t worry, new technology will also be in the mix, such as iPhones.

I was a big fan of the original as a kid, as I recall having the VHS, but I can’t see this one appealing to me now. This direction just sounds like a bad idea, especially with all the likely marketing of appliances (see: iPhone) that will be intertwined here. But hopefully they can recreate some of the fun of the first film and you can see the trailer below.

Do you want to see another Brave Little Toaster?