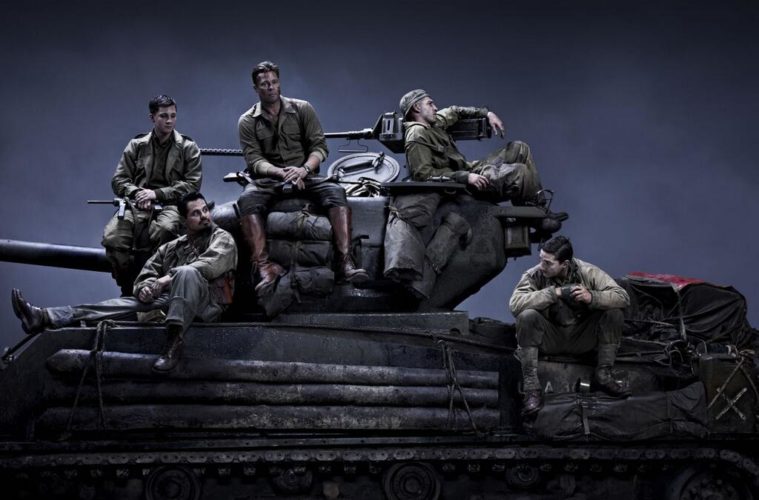 After crafting a series of gritty cop dramas, End of Watch helmer David Ayer will be switching things up with his next effort, the WWII actioner Fury. Already deep into production, he’s been sharing a wealth of photos from the set on his official Twitter, but today brings our first official image of the crew, which includes Inglourious Basterds star Brad Pitt (as Wardaddy), Logan Lerman, Shia LaBeouf, Jon Bernthal and Michael Peña. Check out the early image above, coming over a year before the film arrives in theaters, and synopsis below, along with a few more images from Twitter.

Fury is set at the very end of World War II, in April 1945. As the Allies make their final push in the European Theater, a battle-hardened army sergeant named Wardaddy commands a Sherman tank and her five-man crew on a deadly mission behind enemy lines. Outnumbered and outgunned, Wardaddy and his men face overwhelming odds in their heroic attempts to strike at the heart of Nazi Germany.

My 27th w/ the 41st -battle buddies Captain YATES & Sargent MCGUINESS I wannabe like them when I grow up #FURYPREP pic.twitter.com/wgSuRglrPP