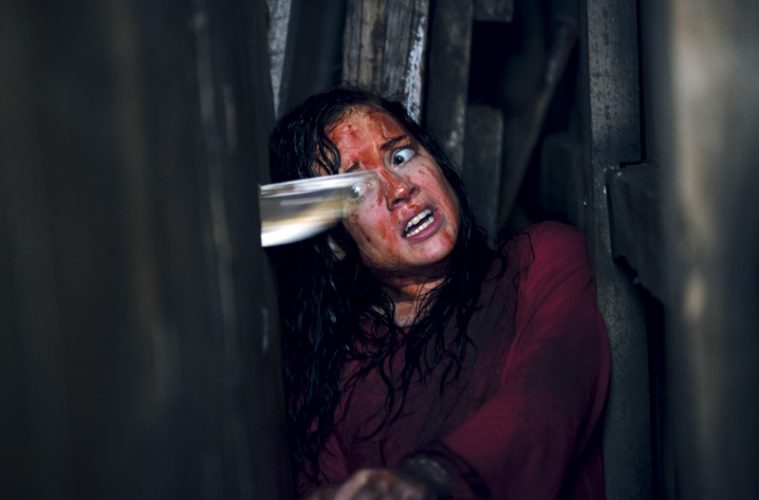 We can complain all we want regarding beloved classics getting the remake treatment in other genres, but when it comes to horror, it seems to be a generally well-accepted practice. But this year, the idea will be tested to its limits, as two iconic horror films will get the redo, with at least one getting a very different take and today we’ve got new images from both.

First up, the Evil Dead remake seems to be shedding its laugh factor for a truly disturbing, gore-filled tale and we’ve got some additional images of star Jane Levy and more to prove it. Produced by Sam Raimi, this reboot is from first-timer Fede Alvarez and one can see the new images above and below, along with a new red-tinted poster. Then we’ve got one more image from Kimberly Peirce‘s update on Brian De Palma‘s film Carrie, taking from the Stephen King story. Recently pushed back to the fall, one can see a blood-soaked Chloe Moretz in the lead role below. [STYD/Empire]