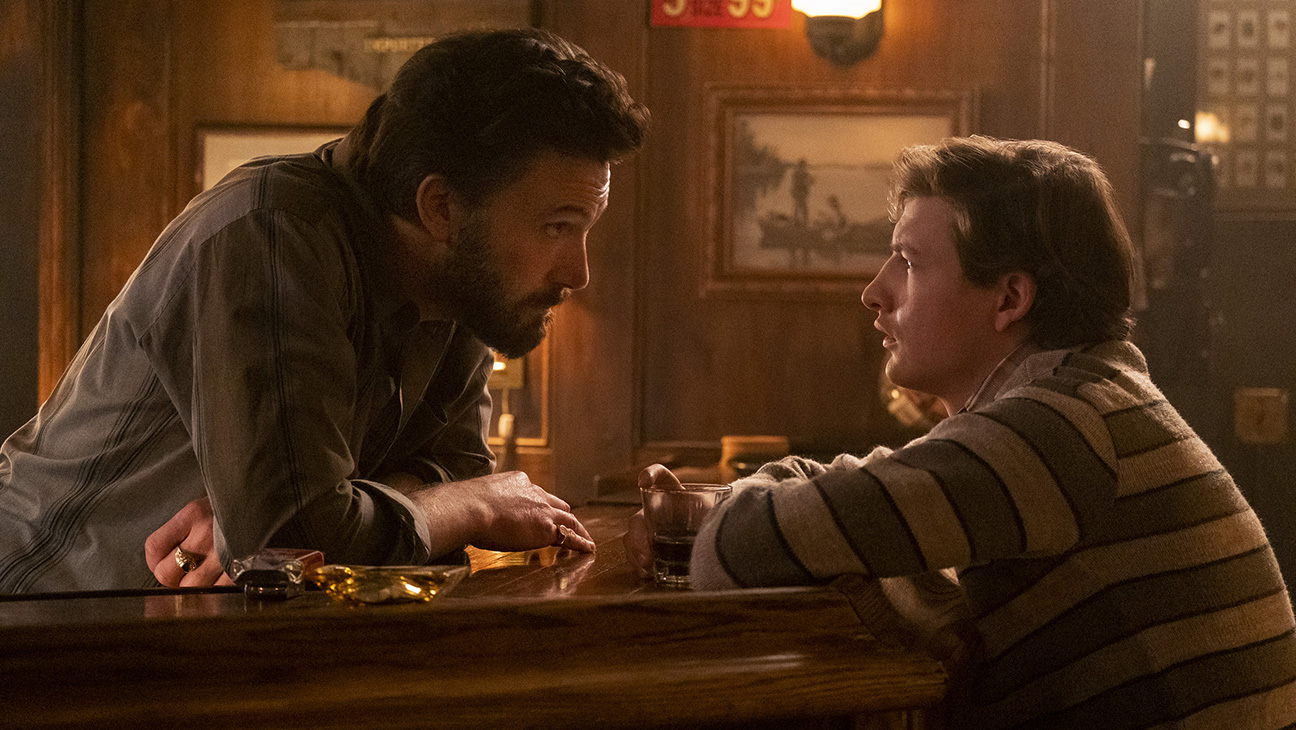 When George Clooney jumped to directing he claimed to be motivated by the kinds of movies Hollywood doesn’t make anymore—screwball comedies, sober political thrillers, and on. In the past decade his performances have grown less frequent while he’s turned increasingly prolific behind the camera, but an ambition to recapture the spirit of the Hollywood of bygone eras has been replaced by merely trying to imitate his most famous collaborators. He hit a career low with Suburbicon, an ill-fated attempt at infusing social commentary into an abandoned Coen brothers script, and more recently tried following in the footsteps of Alfonso Cuarón (more specifically their collaboration, Gravity) with The Midnight Sky––reportedly one of Netflix’s most-watched titles of all time, yet one never discussed following its Christmas debut last year.

Clooney is one of Hollywood’s most likable actors, yet almost impossible to root for in his directorial efforts. The Tender Bar does very little to change these fortunes, though gets far closer than any recent work at actually capturing his distinct personality––in its best moments reflecting the affable sense of humor so integral to his screen and public persona. But these prove too few and far between, the film suffering from the same problems that plague most of his work as director: the overbearing feeling he’s trying to self-consciously chase prestige respectability instead of telling a story directly from the heart.

Based on J.R Moeringher’s memoir of the same name, The Tender Bar follows the young Moeringher (played as a child by Daniel Ranieri, and as a young adult by Tye Sheridan) while growing up in Long Island. With his father a rare presence, he is mostly raised by his mother (Lily Rabe) and uncle Charlie (Ben Affleck), the latter of whom helps spark some direction in his life––encouraging him to read as a child, the love of which would lead to his journalism career many years later, getting accepted into Yale and working at the New York Times.

Moeringher’s memoir, much-acclaimed upon its publication in 2005, has spent nearly 20 years in development hell on the way to this big-screen adaptation. It’s safe to assume the author’s prose is the sole reason this story was gripping on the page; in Clooney’s hands there is very little about this coming-of-age tale that proves particularly gripping. A fairly formulaic story about a working-class kid who transcends his upbringing to achieve his lofty goals, if written well, could in its best iteration function as a standard inspirational drama. Yet the film is rarely successful in convincing he has a hard life to begin with. Despite an absent embarrassment of a father, J.R is surrounded by a nurturing family who encourage him, with uncle Charlie convincing him to read all the classics stocked on the shelves behind the bar he runs.

Hollywood adaptations of memoirs would usually heighten the obstacles separating the protagonists from their goals, but Clooney has made the rare film where one is left wishing for a little more fabrication—the only way to justify this story being told. William Monahan’s screenplay is best in its small moments, where it effectively establishes a warm comic dynamic between J.R and family, while his career-based dilemmas never register on the same level. Many a viewer can relate to the struggle of getting accepted into college, but it doesn’t make for a dramatically engaging story.

Perhaps Clooney’s own background as a failed journalism student, who dropped out of college and struggled to make ends meet before embarking upon an acting career, is what drew him to such otherwise anonymous material. Per most of his directorial work, it still plays oddly impersonal, the few moments of spark within the family drama quickly moved past as we glide into the next vignette of J.R’s life. The lack of stakes could be seen as refreshing, but our protagonist isn’t interesting enough to help support the hangout-movie vibe its director occasionally seems to be aiming towards.

Throughout The Tender Bar, Clooney regularly utilizes lazy filmmaking choices; a rose-tinted voice-over from an older J.R reminiscing on his youth, and several obvious classic-rock needle drops that must be contractually obligated to be used in any film set during this period. One could argue Clooney was aspiring to the brand of melancholic coming-of-age drama popular at the turn of the century, a genre that gifted us Almost Famous and Wonder Boys. But two decades later, what made them work is now the stuff of cliché, and The Tender Bar exists as justification for why nobody is making films like them today.

The Tender Bar received its world premiere at the BFI London Film Festival. It will receive a limited release on December 17, before releasing on Amazon Prime on January 7, 2022.