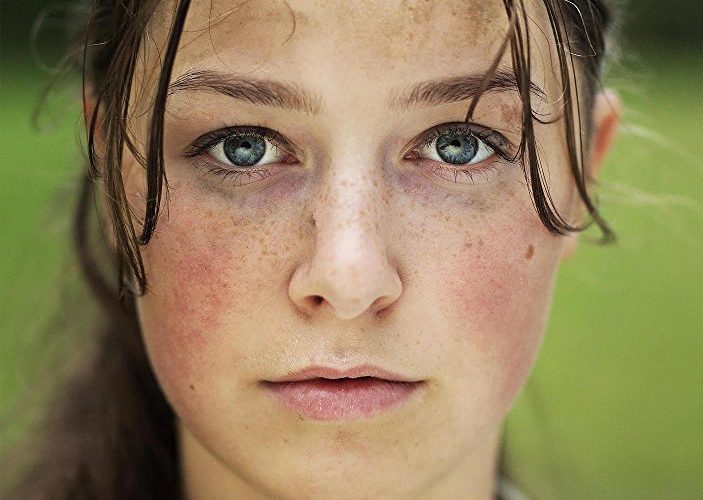 How do you make a film about Utøya? Veteran Norwegian helmer Erik Poppe’s latest feature will revive discussions about the justification of making movies about recent historical tragedies, just as Paul Greengrass suffered the wrath of the Twitterati when it was announced he, too, was making a movie about the 2011 Norway attacks for Netflix. It’s been six-and-a-half years since right-wing terrorist Anders Behring Breivik killed 77 in the worst attack in Norway since the Second World War. This grueling, pulsating, in-your-face film–almost to a fault–has ferocious power, but it’s going to divide like a fissure.

Shot in one take in a style that could raise accusations of artistic pretension, Poppe’s camera settles on 18-year-old Kaja–a fictional character, like all others in the film–portrayed in a brave, dignified performance by newcomer Andrea Berntzen. Kaja wants to be in politics and is in the ideal place for it, a youth summer camp for Labor Party activists on the island of Utoya, 25 miles outside Oslo. She makes small talk, tussles with her sister (who seems to have been dragged along against her will), flirts with the boys (who, like all others in the film, are played by first-time actors). There are no adults in sight. Soon they hear news of a bomb attack in the capital. And then all else stops.

Poppe knows that showing Breivik could amount to some kind of distorted humanization of the killer–just like the accusation thrown at Greengrass who’s cast a leading Scandi actor in the role–so to represent the encroaching terror, Poppe shocks with gunfire. The sound of this movie is monstrous, as again and again the sound of explosives ruptures any sense of momentary clarity. Indeed, as the children scurry desperately to hide in whatever they can find–wooden shacks, trees, and the rocky outcrops on the shores of the island–the movie beats to syncopated fire that disorientates with terrorizing effectiveness.

Filmed in real time–the mass shooting took 72 minutes by official accounts–we never leave Kaja’s side. (Poppe says his focus is the victims’ ordeals, as they have been forgotten as the world has obsessed over Breivik’s motivations.) Martin Otterbeck’s muscular camerawork gets stuck into the action; as Kaja searches helplessly for her lost sister, wracked with guilt, it makes for a curious echo of Son of Saul, as well as the more obvious comparison to Sebastian Schipper’s one-shot wonder Victoria. But this is a gory movie, and Poppe is already accruing controversy for making something daringly close to an exploitation thriller about such recent history. But is attacking a movie for its violence when it’s about the murder of 69 children not somehow churlish? Harrowing phone calls to parents might ring reminiscent of a manipulative rip-off of horror tropes. But this is what happened.

There is an all-consuming intensity that creeps up on this film towards its close, and the rollercoaster of emotions it erupts will likely see heated discussions as to whether “entertainment” like this–however arthouse its intended audience might be–could ever be a dignified memorial to the dead at Utøya. But if cinema is to explore all its possibilities, it must risk interrogating traumatic events, no matter how recent.

The final ten minutes takes a leap of faith in the narrative that will surely repulse some viewers. However, it sharpened my gaze and made it clearer to me that Poppe had something to say about humanity under siege. Poppe’s film doesn’t do something so trite as to give easy answers to Breivik’s massacre, but it does help provide visual language to how humans react to the most horrifying of scenarios. The film’s closing scenes are shattering and they will be too much for some, but as we witness humankind’s ability to selflessly have compassion in the face of evil, the effect is extraordinarily moving.

U – July 22 premiered at the Berlin International Film Festival.