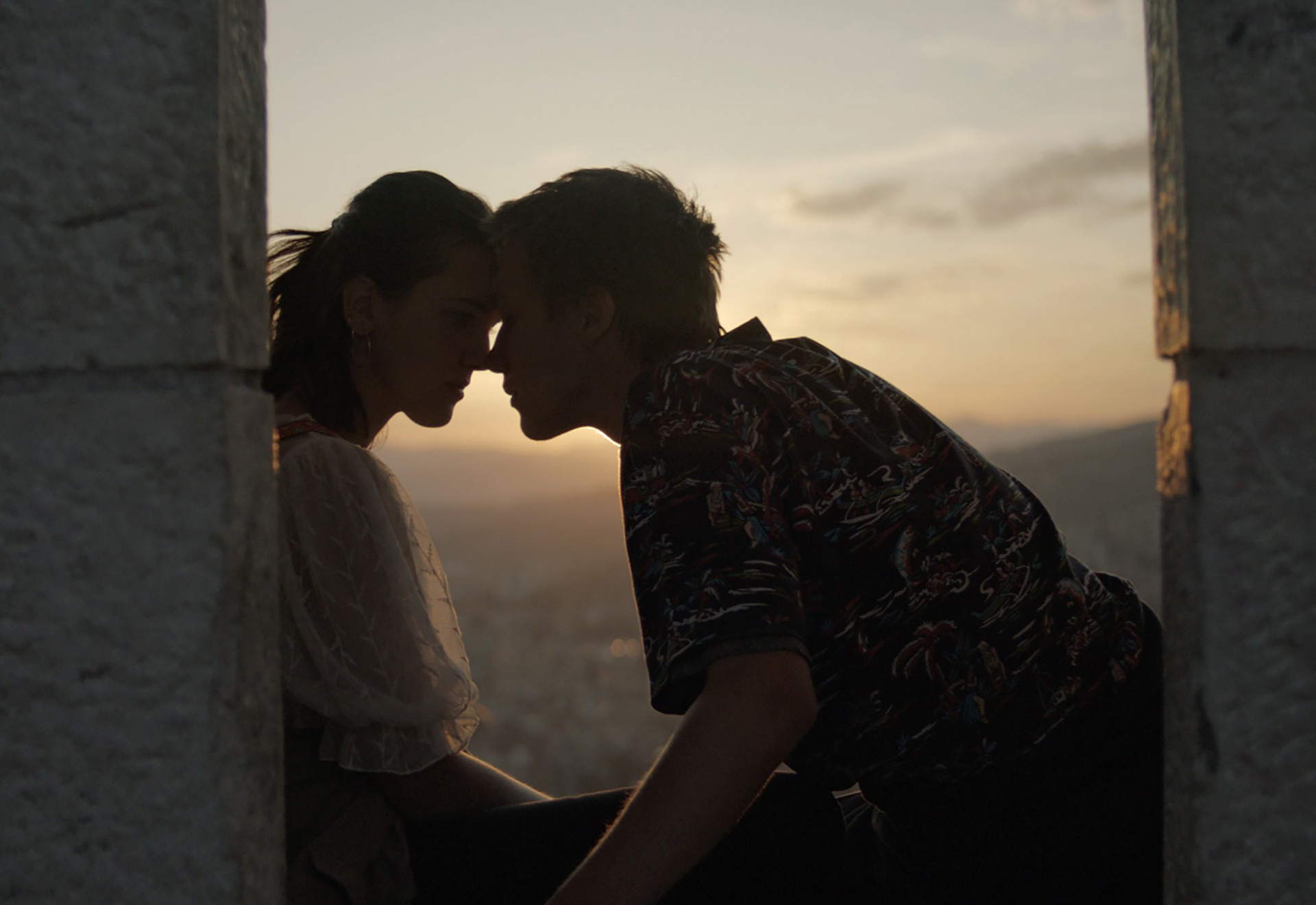 The line between fairy tale and horror proves a thin one in Igor Drljaca’s The White Fortress thanks to the differing perspectives of young love in Sarajevo. Whether Faruk (Pavle Cemerikic) and Mona (Sumeja Dardagan) believe a life together may yet be possible for them despite coming from opposite social and economic worlds doesn’t factor in because they’re just teenagers buckling under the pressure of outside forces that refuse to let them be free. So while the idea of a happily ever after is nice considering the alternatives (Mona is about to be shipped to Canada by her affluent and influential parents as Faruk teeters on the precipice of a life in crime threatening to destroy the morality his grandmother instilled), the darkness of despair slowly creeps in.

A walk through the woods is thus the scenario that brings up the two genres. Mona sees promise and excitement being alone with Faruk while he sees the shadowy unknown harboring monsters ready to pounce. The film ultimately exposes that neither is true thanks to Drljaca’s decision to keep things firmly rooted in the uncertain volatility of reality—these teens crossing paths creating as much room for strife as joy in the grand scheme of things. And they know it too. They talk to each other about themselves in broad terms, digging only so far into their psychology to stay true to the moment without revealing anything that would risk an adverse reaction. Faruk doesn’t name who he works for and Mona doesn’t name her parents.

The irony is of course that the line separating those adults may be even thinner than the one mentioned above since mobsters and bureaucrats do find themselves running in the same circles. The women Cedo (Ermin Bravo) enlists Faruk and Almir (Kerim Cutuna) to ferry around are inevitably heading towards the type of high-paying clients that Mona’s parents call friends (if not admitting themselves as being amongst their number too). That these kids could meet by happenstance is therefore as much about the miracle of good luck as the tragedy of bad since the second they discover who they really are will, if nothing else, be the moment they realize it can never work. Their true love will always be a “what if” disappearing with the setting sun.

That doesn’t make it any less real, though. It doesn’t make what they share in the middle of the night via texting any less necessary as an escape from the mounting weight of what their insular lives pile atop their shoulders. To grab a juice and walk around the city without worrying about what Cedo is planning or when Mona’s parents are booking her flight across the Atlantic is nothing short of magical to them because it allows them to finally be themselves as opposed to their circumstances. Faruk can be the son of a Philharmonic Orchestra pianist again and Mona can be a kid unbeholden to her private school education or infamous parentage. They can look down at their city with hope instead of resentment.

Drljaca uses this disparity as a way to introduce sequences that sometimes are dreams or just feel like them (often with the presence of a dog—the meaning of which I won’t pretend to know beyond using the pet as a signifier of the characters’ humanity by way of how they treat it). None of the visuals are as unforgettable as the words Faruk’s uncle (Jasmin Geljo) uses to describe his own nightmares, but they definitely add to the complexity and emotion in play. Faruk and Mona are unwittingly existing in two worlds at once after all. They’re struggling to reconcile that which they want and that which seems to be their fate. Either they feed the dogs to keep them happy or they become their food themselves.

To stand up and be the former, however, is neither an easy proposition nor a fair one. Mona may fear facing her parents to tell them the truth of their actions, but at least she can do so and only end up being punished by waking in a new country. If Faruk decides to do the same to Cedo … well the consequences are much more dire. Not only does he have to tread lightly with the boss, but he must also do the same with Almir. Because while this “friend” is in a similar predicament, his position is slightly higher with allegiances that follow suit. To therefore ignore Cedo is to find Almir at his doorstep and to then ignore him is to relinquish all utility whatsoever.

That’s what he’ll have to do to have a future with Mona, but the cost won’t end there. Suddenly she becomes endangered by his courage to escape and her own freedom is put in jeopardy because of it. And the more time they spend together, the more time is granted those on the periphery to discover where their paths originated. At a certain point the choice must be made to preserve who they are to each other now and not let who they were beforehand destroy it. Maybe the love they share at present is enough to sustain them through what’s coming. Maybe surviving with the memory of what they had is better than surviving despite the knowledge of what would surely tear them apart anyway.

It lends The White Fortress a bittersweet quality since the only “happy ending” is one where love is forced to make the tough decision of cutting things short. What’s great about the film, though, is the fact that Drljaca refuses to pretend there was an alternative. Faruk and Mona (Cemerikic and Dardagan deliver resonant performances) aren’t so naïve to think they’re invincible. Their romance is always kept at arm’s length as though they know it’s too precious to simply burn through. It means more than attraction or partnership. It means remembering what is possible even when it appears nothing is. To see each other amidst the turmoil and chaos and slow down even if only for a week is enough to inspire for a lifetime ahead.

The White Fortress is playing as part of Berlinale 2021.