Berlin Review: Scala is an Incandescent Tribute to a Cinema and its Passing 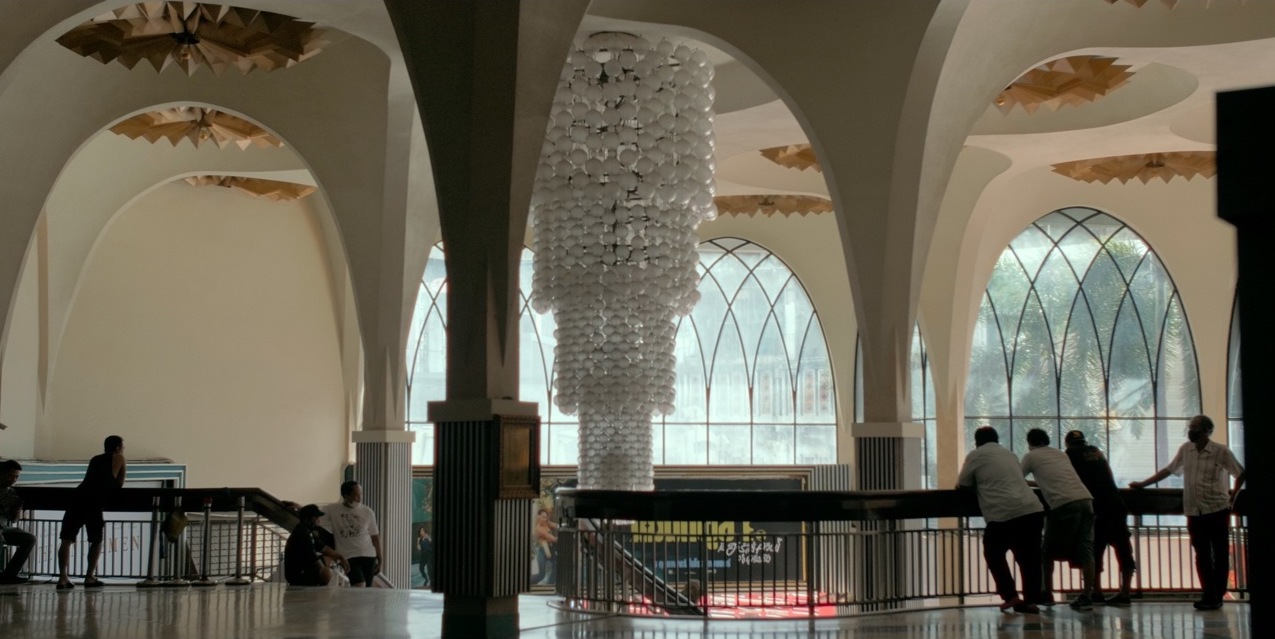 In the heyday of big-screen entertainment Thailand was home to some 700 standalone single-screen theaters. By 2019 only one of them survived in Bangkok. It was the Scala, a thousand-seat cinema that opened its doors on New Year’s Eve 1969 and closed them 51 years later, in July 2020, when it was shut, razed to the ground, and turned into a shopping mall. Scala, Ananta Thitanat’s heart-shaking documentary, is a chronicle of its demolition, but also a tribute to the mystical power it held over generations of patrons, told by the people who worked there and were eventually hired to dismantle it. Few films since Tsai Ming-liang’s Goodbye, Dragon Inn have captured the magic of a movie theater with the same awe Thitanat pours into Scala. Her feature debut, truly one of the finest premieres at this year’s Berlinale, is an engrossing obituary that feels joltingly alive in its struggle to rescue a place from oblivion, and immortalize cinemas as those untimely hideouts where stories are shared and lives changed.

Thitanat’s own is indissolubly tied to the giant movie theaters that mushroomed around the capital in the late 1960s. She spent most of childhood living inside the Siam, another palatial venue twinned with the Scala, which hired her father as programmer and hosted both in a small room next to the projection booth (“my sheets were the same fabric as the curtains,” she recounts in voiceover). Her parents too had met at the Siam before her father moved to the bigger Scala and forced Thitanat to cut all ties with her mother—a drift the director purposely chooses not to explain or indulge in, keeping her parents out of the frame and only inviting them in through the memories shared by her dad’s former co-workers. And how ironic that it should be the Scala’s old employees to oversee the theater’s destruction. “It’s the last cinema crew dismantling the last cinema,” Thitanat notes at the outset, setting the tone for the melancholy 65 minutes that follow.

Every frame here crackles with a poignant, look-at-it-before-it’s-gone energy. The Scala was named after Milan’s opera house, but the aura Thitanat conjures is that of a cathedral, a place of worship filmed with an appropriate mix of reverence and wonder. A late-modernist building with huge vaults, floor-to-ceiling windows, and Art Deco stylings, the Scala was an architectural jewel and a totem of Bangkok’s golden age of cinema, arguably “the finest movie theatre in Southeast Asia.” So please come in and take a look: there’s a giant Italian chandelier dangling down the lobby, with strings of huge crystal balls, like the tentacles of a prehistoric jellyfish; large flower-shaped lamps glowing from the ceiling, a vast staircase, marble decors flanking the walls, each its own little chapel. Thitanat, working as her own cinematographer, captures the theatre’s dismembering in respectful static shots. Everything is removed and unscrewed, either destroyed or packaged, thrown out or shipped away.

It’s a process that straddles archaeology and forensics: every single one of the thousand-plus seats in the theatre are unscrewed and wrapped in black plastic bags, lined up like corpses against the wall. Non-human visitors show up for a final goodbye, too. Stray cats roam the empty halls—so many the whole place is paved with signs warning patrons not to feed or pat them—and pigeons and sparrows loiter by the staircase, though the single oddest cameo is a 7-foot, one-armed statue of Jar Jar Binks, whom we keep bumping into at different stages of the demolition, resting against a wall and watching the place crumble in frozen stupor. And yet.

And yet Thitanat doesn’t wallow in misery. Yes, the Scala’s loss is a small cataclysm, especially for those who—like the director and her extended family of “aunties and uncles” (ticket ladies and janitors, projectionists and programmers)—called home for years. But even its former employees recognize that “times change,” as one philosophizes, and that “things have to change too.” Whether or not those changes are positive is an altogether different question; it’s hard to see the silver linings in the disappearance of a cultural landmark, a place that, more than just a theatre, was an institution unto itself. But the melancholia Scala radiates coexists with a feeling that’s harder to pinpoint, an ineluctability that’s not a surrender, exactly, but a simple acknowledgment of the way the world evolves.

Thitanat mentions this only in passing, but the pandemic played a pivotal role in accelerating the cinema’s demise, a point that aligns its fate to that of countless other venues around the world. Yet the theatre’s obsolescence cuts a lot deeper than that, as the former Scala employees eagerly remind the director, taking breaks to open up about what the place meant to them. The Scala’s death long predated COVID: the proliferation of streaming platforms, the shorter leases and higher rents the cinema was forced to pay through the years, and a new generation of employees that saw their work there more as a short-lived stint than an actual vocation. To boot, Thitanat lets the sounds of the recent mass protests calling for reforms of the Thai monarchy ricochet off the theatre’s empty halls. Nowhere does the gap between the Scala and the world outside feel wider, and the cinema more vulnerable, than they do here.

I saw Thitanat’s film in one of Berlin’s own historic cinemas, the Delphi Filmpalast, a former 1920s dance hall destroyed during WWII and repurposed as a movie theater in the late 1940s. Hurricane Ylenia had just begun sweeping across the city and I raced to the screening to find another dozen rain-soaked festival-goers drying up in the seats around me. Watching Scala, my eyes drifted off to the Delphi’s velvety curtains, its own chandelier, the quiet army of chairs. I felt, in a way few films have ever made me, that Thitanat’s had suddenly changed the way I looked at my surroundings—that the two theaters, the one on the screen and the one I was in, were communing with each other.

The logic of today’s distribution models means Scala will most likely reach you on a streaming service, if at all. But here’s a film, to borrow that oft-abused and trite adage, that truly ought to be seen in a cinema. Not solely because of the power of its visuals—haunting as they often are, with wide shots turning the Scala, shorn of its screen, curtains and chairs, into a hollow air-raid shelter. But because in its entrancing way the film achieves a kind of metempsychosis, turning a movie theatre into a living being, a giant creature, the last of its species. As the lights turned back on, it wasn’t the few people around me I wanted to talk to, possessed by that manic energy that seizes you when a film seems to re-jiggle your bearings. Was it as powerful for them as it was for me? Did they feel it, too? It was the Delphi itself, the theatre that watched over me as I watched another one collapse, and which Scala, for an hour or so, almost by osmosis, had brought to life as well.

Scala premiered at the 2022 Berlinale.