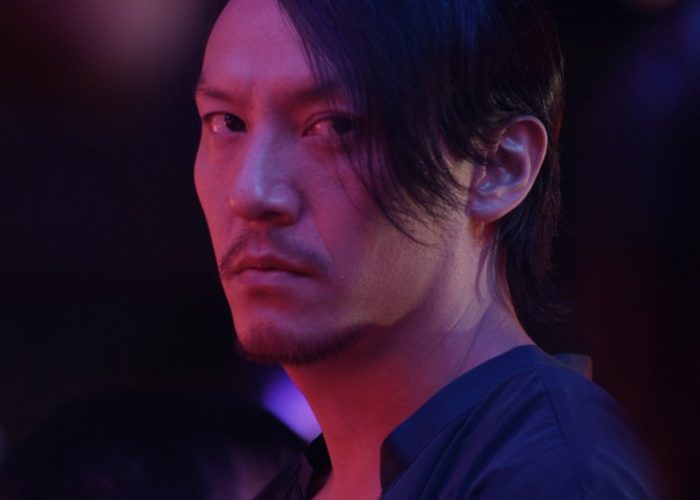 Japanese cult filmmaker SABU is known to spice things up in his work. The kooky mix of violence, fantasticism and humor sometimes leads to unwatchably ridiculous results as with Chasuke’s Journey, his last film to make Berlinale competition. His latest feature is not nearly as weird, though still very much certifiably schizophrenic, compromising a strong premise that had the potential for a cool, kick-ass ride.

Blood starts to spill not five minutes into the movie as we meet the titular Mr. Long (played by Chen Chang) in the basement of a temple somewhere in the southern Taiwanese metropolis Kaohsiung. Employing efficient, no-frills stabs and jabs inspired by Japanese swordsmanship, the contract killer finishes the job almost as soon as he begins. On his next assignment in Tokyo, however, the mission fails and the quiet hitman is left for dead. In a twist to the familiar genre storyline, we find out that Mr. Long doesn’t just murder well but knows a thing or two about cooking too, as he’s saved by a little boy named Jun and causes a local sensation with the meals he prepares for two.

Up until that point, roughly halfway through the film, SABU manages to keep the surprises coming. On the one hand, the action sequences are executed with electrifying urgency and poetry. An extended night chase in the first half hour — which sadly also marks the film’s peak achievement — sees a group of gangsters hunting down the hero in near-darkness. Through solid editing and camerawork, we’re thrown into the thick of things with a palpable sense of speed and peril. The wild trumpet-based score adds a crazed edge that elevates the whole scene to heart-pounding art.

Meanwhile, the depiction of how the Japanese villagers fall head over heels for this mysterious foreigner’s culinary skills and pool their resources to set up a noodle stand for him hits just the right note of eccentric cuteness. Like in a Koreeda film, human decency and the simple pleasures in life as exemplified by fine dining are given a chance to shine, pure and unfiltered. Except in this case, the maker of those delicious noodles seems to hail from a Johnnie To joint, having just offed some unsuspecting souls. The curious combination proves genuinely funny and promises more wacky, inventive development to come.

Well, what happens next is unexpected alright, only in hopelessly damaging ways. Jun’s mother Lily (played by Yi Ti Yao), a drug addict with a tragic past, takes over the spotlight when the film recounts her background in prostitution and her doomed romance with Jun’s father through a prolonged flashback. As if Johnnie To suddenly decides to pay homage to Nancy Meyers, what we get in this segment and the following third act where Mr. Long helps Lily get clean while becoming a father figure to Jun is characterized by an outpour of profound sappiness: carefree couple running and spinning around in slow-motion, happy alternative family making pottery and playing ping pong, big-hearted friends traveling across oceans and stopping traffic to bring a child to the only dad he’s ever known; all the while sugary, romcom-ready music blares mercilessly in the background. You get the picture. As cringe-worthy as some of these scenes are, it’s the irreconcilable contrast to the otherwise hardcore quality of the film that truly spoils the experience.

It’s a relief to know that some people can still be counted on to cook up unique ideas and shoot an old-school showdown if need be, but as Mr. Long once again demonstrated, SABU needs to better harness this penchant of his to play with extremes.