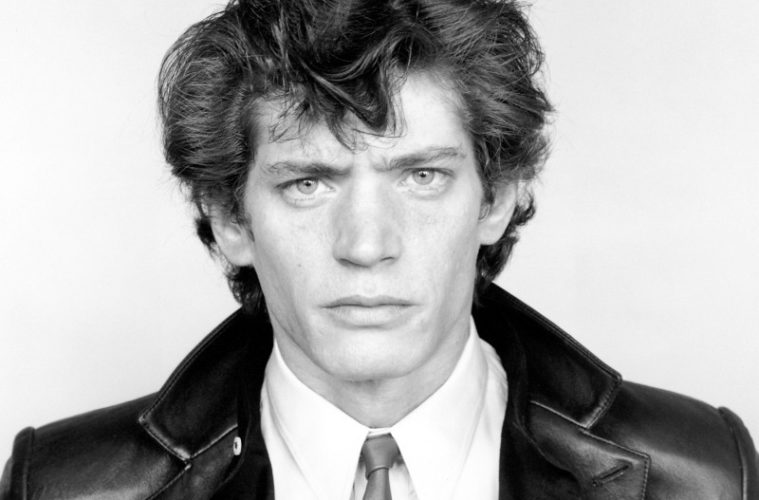 The pack of documentaries in this year’s Panorama selection has thrown up an interesting pair on the Berlinale’s opening weekend. Moving from filmmaking to photography, just one day after Aaron Brookner’s Uncle Howard opened in the Panorama Dokumente section, we find another non-fiction feature immersed in the creative explosion and ultimate tragedy of the gay scene in ’80s New York. Directed for HBO by Fenton Bailey and Randy Barbato — the subversive television production couple behind RuPaul’s Drag Race, Deeper Throat, and Sex Change Hospital — Mapplethorpe: Look at the Pictures provides a snappy, confidently explicit overview of the photographer’s work and life that chooses not to sugarcoat the man’s ruthless ambition or seemingly exasperating personality.

Born to English and Irish parents in Queens, New York, Robert Mapplethorpe would take the ritual and symbolism of his Catholic upbringing and use it to create some of the most sexually provocative artwork of its time. Bailey and Barbato’s documentary traces that life from childhood to college to his relationship with Patti Smith and his time as a resident in the legendary Chelsea Hotel where he came out, and found fame and fortune, before dying of AIDS complications in 1989.

Through interviews with people from various stages of his life, Look at the Pictures presents a person as conflicted as his work might suggest. Debbie Harry remembers the rock star, Jack Fritscher remembers the lover, and Edward Mapplethorpe remembers the brother and, in another way, the asshole. With regards to his art, Mapplethorpe presents a blend of careerist, perfectionist, and provocateur. Never shy to use his looks to further benefit his career, many of the man’s friends and acquaintances bitterly note an opportunist seduction of Sam Wagstaff, the wealthy and influential curator, as the catalyst for his meteoric rise. Money would, in turn, seduce the artist as well.

The work, of course, remains front and center throughout. As Mapplethorpe pulled away from his relationship to Patti Smith, so his work began to focus more on homosexual and “risky” themes. Look at the Pictures is at its best when connecting the photographer’s double passions in life. The enchantment he holds for scenes of sexual experimentation / depravity (depending on what you’re into) strike a bold resemblance to the rituals of Catholicism with which he grew up. “Beauty and the Devil are the same thing,” he would famously say. In a remarkable coup, the directors even manage to get Mapplethorpe’s affable local priest on camera to talk about it.

Mapplethorpe’s magnum opus would be his three-tiered X Y Z series. This contained, respectfully, stills of sadomasochism, flowers, and nude black men. By this point in his career he was photographing black genitalia with the same grace and adoration as he would a drooping lilac. The beauty is ever-present. In a tour of the exhibition following his death, a handful of images from the series sparked protests outside participating galleries and began a Congressional discussion concerning public funding for art. The film’s tagline comes from one particularly miffed conservative’s rant.

The idea of this artist still grinding people’s gears from beyond the grave is a credit to both his bold transgressions and his work’s eloquent defiance. His obsession to continue creating as his body deteriorated also suggests an almost primal creative passion. It’s cruelly telling to note that Howard Brookner, the subject of Uncle Howard, died of the same disease just over one month after. Both are fine documents of an often fascinating and bluntly terrible time.

Mapplethorpe: Look at the Pictures screened at the 2016 Berlin International Film Festival and opens on March 25th.