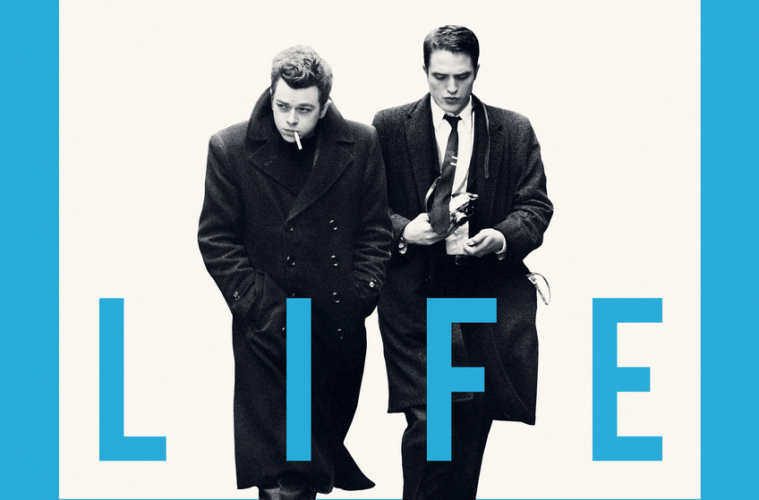 A James Dean biopic told from the perspective of Dennis Stock, the photographer who shot a series of Dean’s most iconic photographs, seems like a perfect fit for director Anton Corbijn, himself a celebrated photographer famed for immortalizing some of the biggest rockstars of the recent past. It was therefore surprising when the world premiere of Life, starring Robert Pattinson as Stock and Dane DeHaan as Dean, was slotted into Berlinale Special, a festival sidebar usually reserved for the premieres of films with more media appeal than artistic merit (this year’s Fifty Shades of Grey being a case in point). Indeed, Life turned out to be as bland as its title.

Life depicts the period in Dean’s life between completing the shoot of his first film in a starring role, Elia Kazan’s East of Eden, and its premiere a few months later. At the outset, Dean is a 23-year-old fledgling actor, while Stock is a photographer stuck covering film shoots and red carpet events in the hope of carving out a more artistically fulfilling career. Upon meeting Dean at a Hollywood party, Stock is struck by the actor’s nonchalance and, after seeing a preview of his upcoming film, becomes convinced that Dean is a superstar waiting to happen. Had history not proved him right, it would be difficult to share this certainty. Although we know that the real Dean’s appeal lay in his handsome rebelliousness, the one portrayed here is handsome and petulant rather than iconoclastic. He doesn’t come across as willfully non-conformist to the sycophantic demands of the industry; he simply seems too lazy to go through the motions. This isn’t the fault of DeHaan, who does a convincing job of impersonating Dean’s voice, gait, and mannerisms, but of the script, which fails to give him enough from which to muster up the required charisma. The same is true of Stock, who was written as little more than a collection of biographical bullet points and is therefore impossible for Pattinson to render as a fully formed character.

Without strong personalities, this narrowly focused story is hardly worth telling. Stock tries to convince the reluctant Dean to pose for a collection of pictures to be published in Life magazine, at the time a career-making publication. At long last he gives in and invites Stock to accompany him back to his family farm in small-town Indiana to photograph him where he feels most at ease. Though there isn’t much affinity between the two when they set off, a friendship develops before they return to New York for the premiere of East of Eden. Said friendship, which is supposed to form the crux of the narrative, cannot possibly engage with such lifeless characters.

Corbijn has successfully offset script weaknesses with striking aesthetics in the past, but this time his characteristic visual flair is surprisingly lacking. Conventionally shot — and with props and production design much too pristine to appear genuine — Life has the look of a period piece made for television (in fact, TV series such as Mad Men or Mildred Pierce look significantly more authentic). It’s only when he isn’t constrained by the film’s period setting, as in some outdoor shots of the Dean cattle farm or of snow-swept Central Park, that Corbijn is able to pull off some striking compositions. These, however, are too few and far between to make an appreciable difference.

Even more surprising is that, despite Corbijn’s presumed affinity with Stock and his endeavor, there’s hardly any indication of the director’s personal involvement in the material. The film grants no valuable insight into the work of a photographer or whatever attraction stars can hold as photographic subjects. The scene in which Stock captures the famous image of Dean under the rain in Times Square, huddled up in his overcoat with a cigarette jutting out of his mouth, is granted such cursory treatment that you’d never suspect this was a significant moment if the picture weren’t practically synonymous with Dean.

At one point, Stock brings his agent the first series of photographs, taken when Dean was still unwilling to participate in the photo shoot. The agent looks through the uninspiring snapshots and refuses to send them to Life, asking Stock, “Where is the soul?” Someone should have asked Corbijn the same question.

Life premiered at the Berlin Film Festival and opens on December 4th.