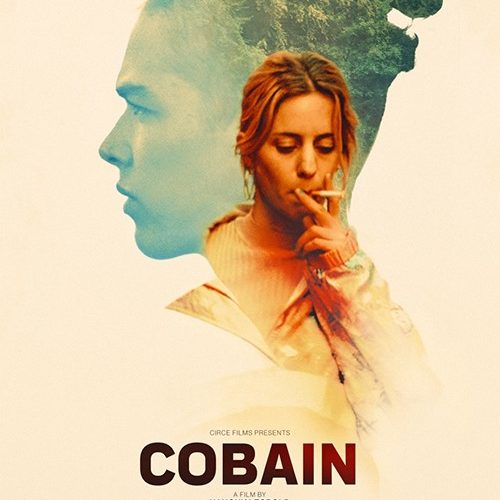 There’s a scene in Nanouk Leopold’s Cobain where the titular fifteen year-old (Bas Keizer) tells his estranged, junkie mother Mia (Naomi Velissariou) that he wants to help. Her response is to ask whether she cares about what he does, the answer tragically understood before his mouth utters the word “No.” To watch her shrug her shoulders and say, “Why should you?” epitomizes love’s power and its strength in circumstances where you couldn’t be blamed for believing it didn’t exist at all. Mia has never been a mother to him and he calls her by her first name to prove it. (And don’t expect a manipulative “Mom” to be uttered either as Stienette Bosklopper’s script is uninterested in saccharine clichés). But he still can’t let her go.

Cobain is on the cusp of starting over having just been placed with a foster family—a rare thing for someone his age. But he has Mia on his mind regardless. He wants to see her before leaving and make sure she’s okay, their respective roles in this relationship flipped thanks to her addiction and his kind heart. He acts out and risks being locked up, asking for trouble as though finding some will force her to arrive. Cobain still doesn’t see how she has abandoned him and always will. He’d rather run away to bide time until she picks up her phone in a lucid state between highs, searching out those he remembers from their past that might have a line on where she is. This journey is where he discovers she’s pregnant. Mia still has no permanent home and continues to abuse heroin, alcohol, and cigarettes while her stubbornness to be independent proves as self-destructive as always. How could Cobain not see himself when looking at her belly? How can he sit back and let her do what she did to him—or worse—to this new child? You want to scream at the screen that it’s not his problem. You want to remind him that no matter his run-ins with the law, he has potential to make something of his life by placing her in the rearview and never looking back. But he knows that’s all posturing. He knows that while he probably can’t save her, there’s hope for the baby.

The road there will obviously be bumpy. He’s so young that the only people he knows after ditching his foster home are acquaintances of his mother, good or bad. This leaves Cobain in a precarious position of desperation, one in which her old boyfriend Wickmayer (Wim Opbrouck) can take advantage by putting him to work. It’s easy to think this dynamic is good for him because it’s an escape from the albatross Mia has become and a means to earn money, but the job is pimping foreign prostitutes to truckers. The life Cobain has led thus far ensures he’s no innocent (and perhaps a bit conniving as his hormones rage), but we still empathize with his plight nonetheless. We allow him his fun knowing Mia will eventually return. If I’m being honest, I wish she had done so earlier. The film is great at portraying its authentic emotions, but the places they come from can sometimes feel abrupt in this deliberately paced drama. There’s a feeling of immediacy at the start when he searches for Mia and yet he finds her when she picks up the phone as though it wasn’t this mission consuming his every waking moment. We catch a glimpse of her schizophrenic love for the boy, pushing him away and latching on when it suits her until he has enough and leaves—an act that makes abstract sense insofar as what we infer has happened between them but not as much in the here and now considering his previously seen abject despair.

To go from here to his time with Wickmayer is a perfect segue into a chapter where the boy can simply be, but it also allows us to forget about Mia. This is great when he rebukes her upon return, but not so much when she’s mocked behind her back and he takes offense. Perhaps the ping-ponging is authentic in situations like these, but it felt convenient as far as the plot was concerned to constantly change Cobain’s mind about how deeply devoted to Mia he is. Thankfully the interactions removed from their stilted progression are delivered without a false note. They show us how his mother has actually forfeited importance in his mind on her own. His anger only rises upon seeing her and remembering the baby. So the whole does present a necessary sequence of events to put Cobain in the mindset the third act demands for everything to work effectively. I merely would have liked a little more to flesh out the details and not let so many peripheral characters disappear without a second thought once their roles are completed. But this is his story—one taking place during a very formidable period of his young life. Using and discarding people isn’t therefore a stretch, especially considering the woman who taught him how wields both as an art form. You could argue they are using him too so the point is moot, but I’d disagree. The finale is simply too strong to not wonder if Leopold and Bosklopper could have improved the rest.

It’s the culmination of everything that came before it and a devastating depiction of exactly what matters. The messiness of Cobain’s plans is that of a teenager in over his head, the raw exchanges between he and Mia—angry or contrite—verbalizations of the feelings Leopold captured throughout the film via drawn out reaction shots of each as the other left the frame. There’s so much history, pain, and love that’s unspoken because speaking it would be too much to bear for both. Keizer and Velissariou unforgettably render these moments overwhelming. Neither can be the one to defy their tough exterior. Neither can admit the other means more than they’ve ever been allowed to share. But just as tragedy can mar you, it can also set you free.