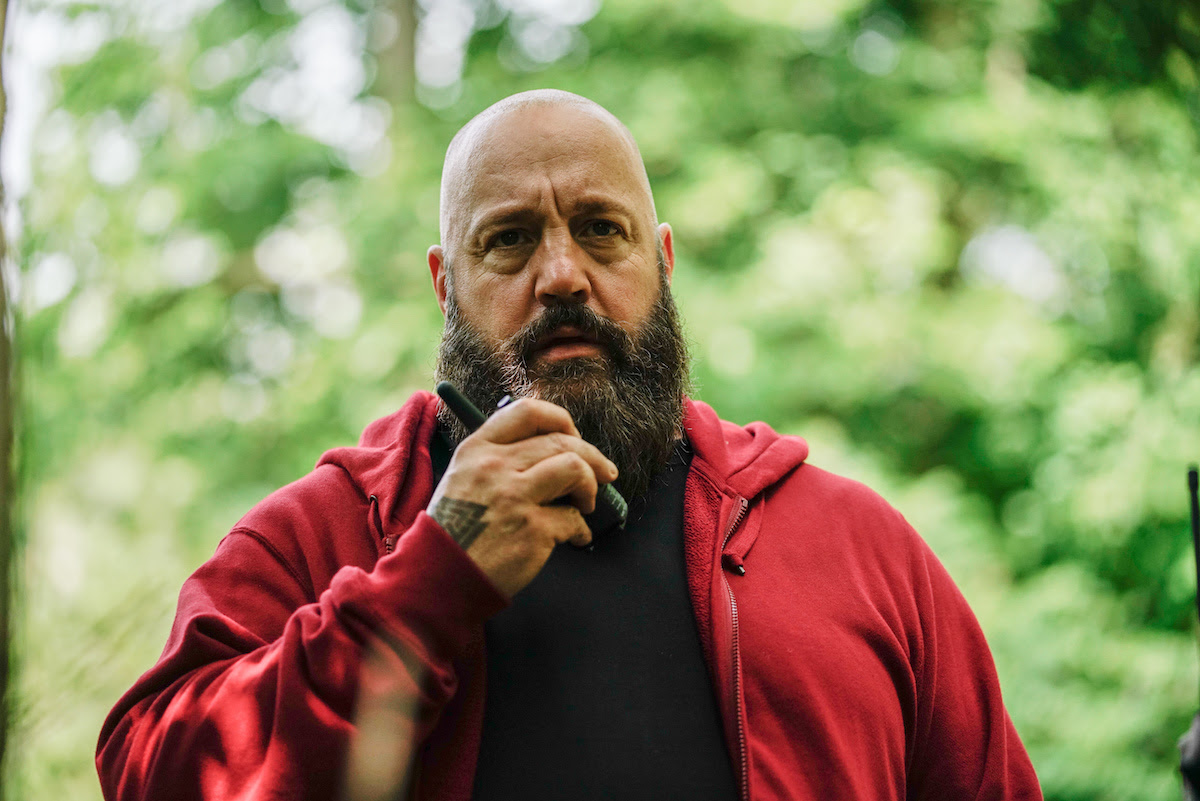 The line between vengeance and murder is illusory at best, and outright deceptive at worst. This means that, in cinema, there can be no revenge without bloodlust. Murder is still murder, no matter the cause. However, when filmmakers Jonathan Milott and Cary Murnion pit a 13-year-old girl (an electric Lulu Wilson) against a gang of neo-Nazis (led by Kevin James), it’s difficult to think of anything but comeuppance.

It’s a glorious B-movie concept, upping the ante of Home Alone with copious amounts of bloodshed and turning the antagonists into the most loathsome bunch there is. Becky delivers wholeheartedly on these ideas, satiating our desire to see awful human beings get completely wrecked by someone half their size and age. However, what ends up making Becky truly interesting is its fascination with moral culpability and with the seeds of anger that are sowed by both personal trauma and social institutions, all resulting in violence as an outlet.

Right out of the gate, it’s clear Becky is not your average kid. Brimming with attitude and anger (and a penchant for petty theft), Becky carries a chip on her shoulder that, at her age, can cloak her entire being. The directors go as far as to depict conformity around Becky as a cult or a disease, filling a convenience store with people all dressed the same and shooting it like the moment of revelation in a conspiracy film; it’s both overwhelming and boring, perfectly demonstrating Becky’s feelings toward institutions of family or togetherness.

Writers Nick Morris, Ruckus Skye, and Lane Skye also do an intelligent job of using Becky’s attitude in typical ways of “cool,” before turning the screw. At first, her anger and disobedience toward her father (Joel McHale) is charming and energetic, if saddening. Then, scenes settle in and tensions rise in ways that feel emotionally authentic and purposeful. Surpassing posturing for one’s own sake, the film starts to mine the emotional foundation of a troubled child who has lost a parent and is mad at the world. It’s simple, economical, and genuine.

Before this, Becky is introduced in a way that both hints at the violence to come and, more importantly, lays the foundation of her trajectory. Notions of culpability are brought into play via crosscutting, images that could easily be misinterpreted as traumatic flashbacks. Then, to further complicate things, a fascinating montage intercuts two of the most prominent systems of order in the United States: schools and prisons. First, visual matches of school games (and bullying) are interwoven with a prison fight/murder to illustrate inherent violence or unrest. Then, the processing/moving of inmates is tangled with classrooms to link the authority, order, and structure.

Amidst this section is clear visual connections between Becky and the most violent inmates, either teasing the two forces that will be pitted against each other or, more intriguingly, innately linking creatures of violence borne out of troubled pasts, institutional pressures, or innate sadism. This also establishes lexical methods–crosscutting and dual screens–that are used for tension and narrative, as well as ideological pairing. Certain moments of visual escalation are quite ingenious, ramping up drama and further linking two adversarial forces who are polar opposites and yet somehow two sides of the same coin. At the center of all this juxtaposition are Lulu Wilson and Kevin James. Wilson’s performance is nothing short of miraculous, shifting from tenderness and adolescence to gritted teeth and pure, boiling, goddamn rage. She is tremendous and owns every frame she’s in. Cleverly, James mostly plays it understated, recognizing the other forces at play in this world and allowing circumstance and suggestion to create menace and stakes.

Then, with a simple totem up for grabs and an escalating stand-off in place, Becky lets it rip. Instantly, the question is how a 13-year-old can kill a group of fully grown men. The answer is creativity–and with a whole lot of traumatizing, brutalizing anger. There’s a beautifully twisted sense of revelation here, as Becky arrives at the understanding that she can take all her sadness, all her confusion, all her hate and anger, and channel every fiber of it into violence. It’s a full-bodied act, and it propels her on a crash course of bloodied pencils and carnage. Here, Becky finds a solid midground between convincing us she can pull these kills off, while also acknowledging her shortcomings as a kid: emotionally, psychologically, and of course, physically. But boy, when the blood starts to flow, it turns to a river, packed with gore gags and an unrelenting performance by Wilson that eventually calls into question the very thin line between horror heroine and slasher icon.

Just as Becky starts on an institutional/ideological level and then pushes inward toward individuals and the minutiae of survival, it neatly reopens its scope near its end to consider the potential reckoning of Becky’s violence from a societal perspective. Who will Becky be, after this? Or better said, who would she be, if she makes it out at all? When you cross a certain line, do you ever get out? Or does something else step in and take your human clay, not all the way molded, and turn you inside out? Splitting skulls and still managing to hit the brain, Becky is a blood-splattered crowd-pleaser that would destroy at a drive-in.