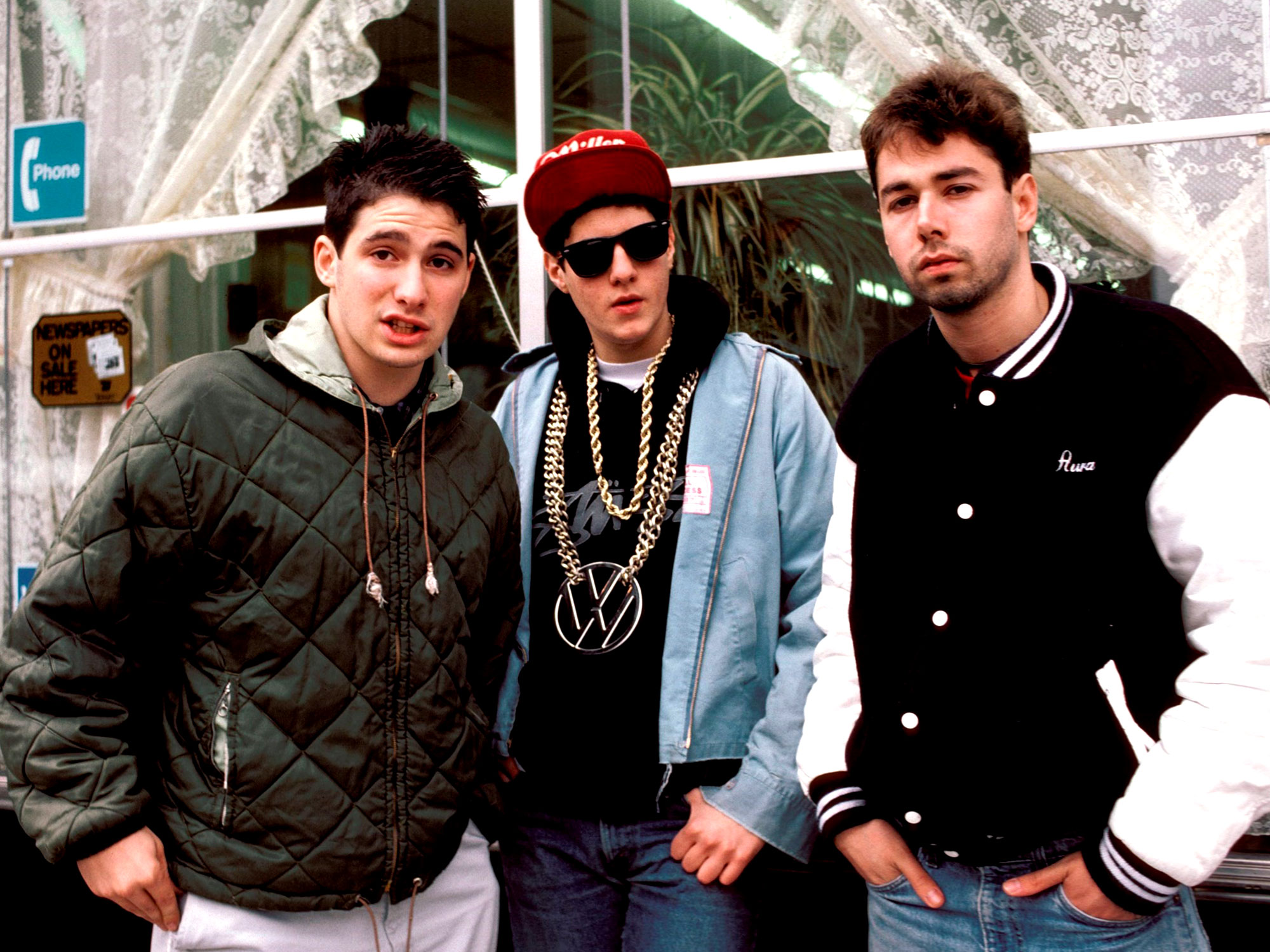 Even with its two-hour running time, the experience of watching Spike Jonze’s “live documentary” Beastie Boys Story has the feeling of a breezy, intimate, and perhaps too-short trip through the band’s history. Documenting a live event hosted in Brooklyn by surviving members Mike “Mike D” Diamond and Adam “Ad-Rock” Horovitz, the collaboration is a performed extension of their memoir, Beastie Boys Book. Reteaming with the group, Jonze directs this minimal two-man stage show about three guys who were lucky enough to cultivate and sustain a relationship as best friends for years.

Coming up in an era in which punk and rock converged with hip-hop, the Beasties formed at the urging of the late Adam “MCA” Yauch in the early ’80s. With their name an acronym for “Boys Entering Anarchist States in Excellence,” they began playing small clubs with founding members John Berry and Kate Schellenbach. The band achieves some early viral fame with an ode to Carvel Ice Creams Cookie Puss cake before hooking up with Rick Rubin and Def Jam Records. Russell Simmons, unfortunately, only seems interested in the band as a kind of gimmick. Rubin, a wrestling enthusiast, edges them on to adapt obnoxious MTV-ready personalities, and they find an audience with the drunk frat boys that thought they were making fun of with songs like “(You Gotta) Fight for Your Right (To Party!).”

Things come to a head when the group clashes with Simmons after several milestones, including the threat of obscenity charges for a stage show that involved a dick in a box long before Justin Timberlake’s viral SNL video and the type of drunk antics that appealed to their legion of twenty-something fans. The problem was that wasn’t who the Beasties were and, in stepping away from Def Jam, they were able to find their voice, joining Ad-Rock in L.A. and signing with Atlantic Records for 1989’s Paul’s Boutique.

Unfolding in chronological order, Beastie Boys Story is largely a fun walk down memory lane as Mike D and Ad-Rock revisit memories. In one particularly entertaining sequence, they recall the recording of Paul’s Boutique (initially a commercial failure) while staying in a mansion in the Hollywood Hills owned by Marilyn Grasshoff. They embrace the lifestyle fully when they find a locked closet full of Grasshoff’s Old Hollywood wardrobe, which they take to wearing around town.

After Paul’s Boutique didn’t hit big, they decide to downsize, building their own studio and finding a unique sound with the 1994 hit Ill Communication. The rest of the film becomes a bit of a blur as the boys mature, launching ventures including their own record label and of course indie distributor Oscilloscope Laboratories. (The mythic Nathanial Hörnblowér also makes an appearance.)

Billed as a “live documentary,” Jonze’s picture is very much a service to the fans and in true Beasties style, his humorous approach is polished yet scrappy, leaving in some technical glitches as stage director Jonze keeps the guys on their toes. Originally intended for IMAX theaters before its run on Apple TV+, it’s a shame the film appears to leave a lot of the live show on the cutting room floor, pushing some A-list cameos to a post-credits sequence where they set the record straight on Paul’s Boutique. Covering the death of Adam Yauch with the gravity it deserves, the film also sidesteps two of the Beastie’s best albums: the post-9/11 To The 5 Boroughs and their great final work Hot Sauce Committee (Part 2).

Fans may find it less than comprehensive in the later years of their history following Hello Nasty, but there perhaps is only so much one can do in this forum and the film largely succeeds at encapsulating their camaraderie and spirit. There may very well be a forthcoming talking heads documentary that would take a more traditional approach of interviewing early members, fans, and supporters but this is not that–and if that were to be made, you can be sure the son of Nathanial Hörnblowér would have something to say about it.