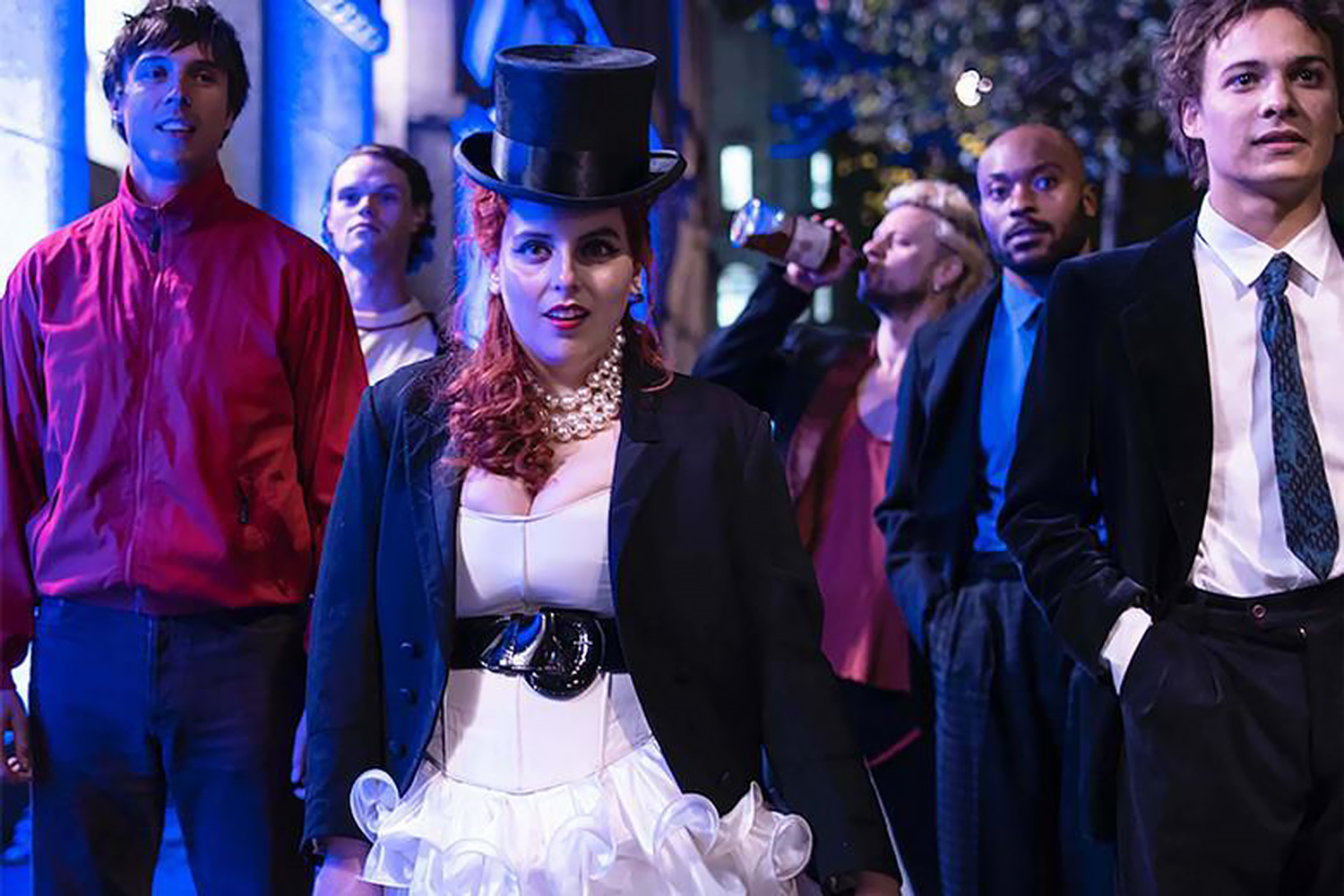 From her charming scene-stealing turn in Lady Bird to last year’s uproarious performance as the co-lead in Booksmart, Beanie Feldstein has catapulted herself as the new star to watch. IFC Films has now unveiled the first charming trailer for her next feature, How to Build a Girl. Getting a May 8th digital release in the U.S, Coky Giedroyc’s TIFF selection also stars Alfie Allen, Paddy Considine, Chris O’Dowd, Lucy Punch, and Jameela Jamil.

Based on the best-selling semi-autobiographical novel by British journalist Caitlan Moran, who co-wrote the screenplay, the film conveys the trajectory of a young aspiring writer Johana Morrigan (Feldstein) who indulges in her colorful imagination by deciding to reinvent herself as the flamboyant Dolly Wilde, an impossible to please music critic.

In our review by Jared Mobarak, he praised Feldstein’s performance, saying, “Feldstein is a delight as Joanna. She never breaks from the British accent and her nerd’s shift from wittily-edged inner monologues to razor-sharp verbal eviscerations delivered in-person as Dolly is scarily seamless… Joanna discovers the real-life consequences of her actions and hopefully some watching will too.”

Johana Morrigan (Beanie Feldstein) is a bright, quirky, 16-year-old who uses her colorful imagination to regularly escape her humdrum life in Wolverhampton and live out her creative fantasies. Desperate to break free from the overcrowded flat she shares with her four brothers and eccentric parents, she submits an earnestly penned and off-beat music review to a group of self-important indie rock critics at a weekly magazine. Despite being brushed off initially, Johana clamors to the top of the ’90s rock music scene by reinventing herself as Dolly Wilde – a venerable, impossible-to-please music critic with an insatiable lust for fame, fortune, and men. It isn’t long before the rapid pace at which Johana’s life is changing becomes overwhelming and she runs face-first into a devastatingly real, existential crisis: Is this the type of girl she wants to become? Or does she need to start over and build again from the ground up? Based on the best-selling novel by Caitlin Moran, How to Build a Girl is a sassy, sexy, and a profoundly touching coming-of-age comedy that traces the rocky road to womanhood through the lens of a unique and wildly hilarious protagonist.

How to Build a Girl arrives on VOD on May 8.