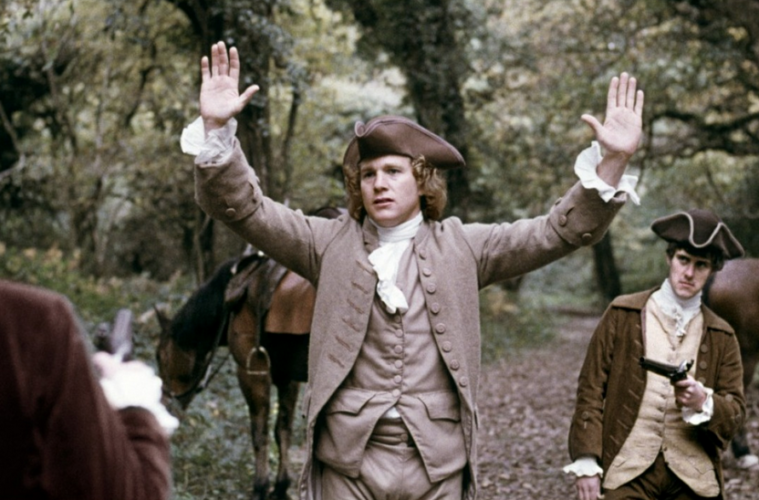 Watch an analysis of Barry Lyndon:

Clint Mansell will score the Shia LaBeouf-led Man Down, according to Film Music Reporter.

Mubi‘s Greg Gerke on Fincher, Dreyer, and the miracle of great art:

Some time ago, on back to back evenings, I watched two relatively recent films, one critically lauded—The Social Network—and one with a mixed critical reception—Drive. Both were publicized as two great hopes of commercial cinema. They were feted with awards (many more for David Fincher’s “Facebook” film) and a decent haul of money. After each I felt equally empty, as I do after multiple hours of taking in a spectator sport on the tube. But my shriveling had precedence. Since the viewings I have gladly, yet embarrassingly, distinguished how Hollywood films mark me and make me sick with envy, fatigued as one is following a full afternoon of shopping. The more heinous odor of these films began to waft in during the mid-1990s, at the dawning of my twenties, and today my system and soul will go into remission after the consumption of an enterprise more pointed at selling tickets than asking the fundamental questions that haunt humans: Why are we here? What is love? What can I learn?

Watch the trailer for a 4K restoration of the Buster Keaton classic Steamboat Bill, Jr.:

Over the past few years, movie fandom has broadened enough to support a dozen major film websites and a dozen more dinky sites like ours who only pull in a few million readers a month, and it has also become deeply fascinated by the siren-sweet ululations of The Possible. The Possible is unblemished by production realities. The Possible is shiny and chrome. The Possible is a blank slate for us on which to write our fantasies. What might happen in cinema is now more broadly important than what happened on screens over the weekend, let alone two weekends ago or (gasp) a year or fifty ago.

HitFix‘s Drew McWeeny on curation at the future of film criticism:

But what really sets Shudder aside is that word “curated,” and I consider this a significant thing. Especially when the lead curator is none other than Colin Geddes, the man whose Midnight Madness section in Toronto has been non-stop amazing for several decades now. Part of what he does for ten nights every September is he puts together ten movies, picked from hundreds or, I would imagine, even thousands of submissions, and he has a pretty remarkable batting average.