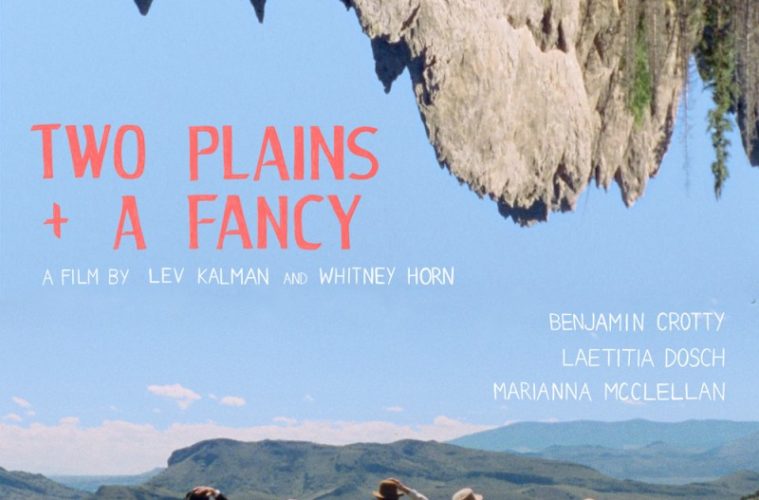 BAMcinemaFest Review: ‘Two Plains & a Fancy’ is a Different Kind of Revisionist Western

It is infrequent — but not totally rare — to come across a film where a singular, simple formal decision fully encapsulates the underlying ethos and intentions. While it would be unwise to pick just one of the panoply of idiosyncratic features that make up Two Plains & a Fancy, the most immediate of these is the choice to film this movie, placed in a setting recognizable as a certain version of the Old West, in handheld, sun-kissed 16mm. Rather than focusing on the grandeur of the desert and capturing the sweeping vistas, directors Lev Kalman & Whitney Horn aim for something decidedly less conventional, which does more to fundamentally alter the viewer’s sense of a particular time and place than a whole host of so-called revisionist Westerns.

For those who have seen Kalman and Horn’s previous feature, L for Leisure, this comes as no surprise. Two Plains & a Fancy carries itself in a mood quite similar to that film’s loose series of languid vacations undertaken by graduate students in the early ‘90s. It follows an incongruous group of three travelers — Alta (Marianna McClellan), a former con artist turned spiritualist hailing from St. Louis; Milton (Benjamin Crotty), a New Yorker dandy with a penchant for drawing and scarves; and Ozanne (Laetitia Dosch), a French geologist — as they traverse the deserts of Colorado, searching for restorative mineral water hot springs while engaging in desultory conversations and discussions. Though its trappings are unmistakably that of the Western variety, Two Plains & a Fancy might be more accurately described as taking place in an alternate, only hazily recognizable version of the Old West. This is apparent just from the “narrative,” which features time travelers, crocodile-infested hot springs, and a séance. But the truly distinguishing aspects of the film lie much deeper than the off-hand but delightfully jarring uses of modern reference points like American Express.

Quite deliberately, the style of Two Plains & a Fancy in both acting and directing owes much more to contemporary American independent film than to anything close to a platonic ideal of the Western. Save for some terrifically exaggerated accents (especially on the part of Crotty), the performance styles feel very much within a certain brand of earnest, straightforward modern acting, inevitably laced with a strong streak of irony. It becomes clear that almost every single scene is meant to be taken as equal parts sincere and laughable, a disarming blend made only stranger by the traditional milieu.

Of course, as mentioned above, this conception of the milieu is rendered fundamentally different in image first. As lensed by Horn, Two Plains & a Fancy focuses not on landscapes or even on faces, but on the minutiae of nature. In conjunction with the lush, synth-laden soundtrack by Talya Cooper and John Atkinson, the film itself makes many detours away from the travelers’ journey, using the shots of trees and rocks not as a means of establishing a place but establishing a vibe, one focused on a tactile engagement with the natural world.

This is a goal professed by the tourists, but though their efforts are continually stymied to great comedic effect, Kalman and Horn seem entirely unfettered. Their film’s sense of ease frequently, and vitally, serves as a means of exploration and excavation, moving through a landscape to uncover the wonderfully inexplicable. And if that happens to come with a discussion of the ins and outs of Colorado fashion etiquette, then this reviewer sees it only as a plus.

Two Plains & a Fancy premiered at BAMcinemaFest and opens on March 8 at Spectacle Theater.