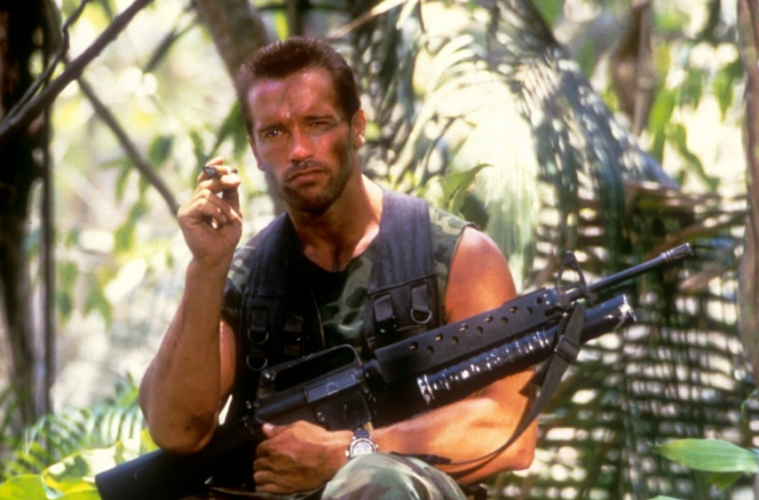 “If it bleeds, we can kill it.” The famous line from Arnold Schwarzenegger in the 1987 favorite Predator seems to have been adapted by film studios to, “If it’s shot, we can restore it.” A slew of revitalizations and restorations have been pouring out into the market — from little-known foreign flicks to indie favorites and mass blockbusters — in waves. The first trailer has now been released for the French HD restoration of Predator. The quality is crisp, with Ah-nahlds rippling muscles covered in mud more clearly rendered than ever before.

Although no U.S. release has been announced yet for the restoration, we imagine it will arrive here before Shane Black‘s new film in the franchise. That’s set for a release in February 2018, and he recently said, “I want people to say, ‘The Predator is coming, I know it’s coming, we want to see it, it’s mysterious, interesting, it’s got the same sense of wonderment and newness that Close Encounters had when that came out.’ That’s what we want. That’s very impossible to achieve, but we’re going to try.”

See the full trailer below, with a nod to First Showing, along with a poster: The Predator restoration will hit France on August 17th and is awaiting a U.S. release.