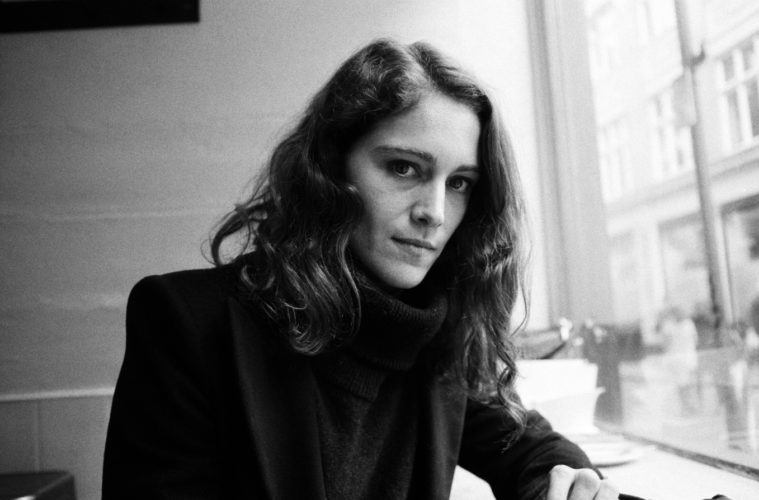 After making her acting debut at the beginning of the previous decade with Tsangari’s Attenberg, Ariane Labed has carved out an impressive career. The Greek-born French actress has made an impression in Alps, The Lobster, Before Midnight, The Forbidden Room, and more. She recently embarked on her directing debut with the short film Olla. Following a woman’s peculiar journey after answering an online dating request, the film explores relationships, sexuality, and society’s projection on women in visually distinct ways.

Following its Cannes premiere, Labed is now headed to Sundance with the film and we caught up with her discuss what she’s learned about directing while acting, how she interprets the film, what the reactions around the world have been, what it was like learning from Joanna Hogg on The Souvenir films, and a recent festival favorite she’s loved.

The Film Stage: You’ve worked with so many great directors from Guy Maddin to Richard Linklater to Yorgos Lanthimos to, recently, Joanna Hogg. When you were on the sets of those films were you gleaning what they were doing to think about how you might want to direct in the future?

Ariane Labed: Absolutely. I always wanted to direct but I also loved acting so it took me time. But every time I was on set I was trying to understand the way they worked, how they wanted to express their visions. I was always on set fully as an actress but I always somewhere or somehow had in the back of my head that I’m learning to one day direct myself. Although I couldn’t really express that openly, because I wasn’t sure I’d be able to do that, but I had the desire for a long time, for sure. That’s why I had the desire to work with those people. I haven’t done many, many things but I always try to choose carefully with who I work and they are all people I admire a lot.

It shows in this film. It has a very distinct vision. I’m curious about your collaboration with cinematographer Balthazar Lab. Every frame feels very carefully planned as if you knew exactly what you wanted ahead of time. It wasn’t as if you were discovering on set.  Can you talk about this approach?

Yes, I prepped a lot with my DP. Even while I was writing the script, the look of the film was very strong in my head. I always wanted to work with these wide frames and avoid close-ups and have a long depth of field, so you can build painting almost and your eyes can decide what to look at. So that’s something that I knew from the very beginning. Balthazar was involved in the project from maybe the third draft. I sent it to him and asked him, “Would you be interested in doing this with me?” And he said yes and it helped me a lot. It was my first film so I really wanted to develop the project and every aspect of it together with my DP. This was very important, because of the topic as well. I wanted to avoid everything that could look like social drama or something like that because that was not at all what I wanted to do. The same script with a different director would have been completely different. I really wanted to avoid any other feeling of realism or a documentary feeling. I really wanted to use every tool of fiction we have cinema to emphasis that it’s almost like a fairy tale. And shooting in 16mm was part of that as well, to create proper paintings. I think shooting in film creates automatically a fiction. It avoids a documentary feeling that is sometimes heavily used in cinema. I never wanted to pretend it was real, so I enjoyed playing with fiction.

When it comes to the story, I think the film could be interpreted in different ways. I saw it as a metaphor for the constraints or perhaps the unspoken apathy society might project on women. I’m curious what you think the film says about relationships and sexuality.

Absolutely. For me, it’s even more precise than that and it has to do with my work as an actress. It also has to do with what it means to accept to play a role. What it is to be chosen, because that’s the dynamic between Pierre and Olla. He chooses her online and has her come play this role and to try as much as she can, for as long as she can, to fill this gap and play this part somehow. So it clearly has something to do with a man, or a director, can project on you–and what is family and what is your role, next to him? It’s also about what maybe men or even society can project on what is good or bad on humanity, because it has many, many different faces. So I wanted to play with the character, and sometimes playing with very, very cliche tools of that, like wearing high heels. She’s going to play with that–the way she wants and how she wants and when she wants. Clearly that’s political.

This film premiered at Cannes and has been to many festivals–BFI London Film Festival, Telluride, and now Sundance. I’m curious what the reactions have been all over the world. Were you surprised at how people have been receiving the film in any way?

Yeah, I’ve had much support from women, generally. But I had a very weird question a few times in festivals from some guys asking, “Why is she so upset? Because she came for that, so what’s her problem? Why does she react like that and why does she light these cigarettes at the end?” Because she came for sex as well, they don’t understand that it’s rape. Or they don’t read it that way. So it’s very interesting. We can talk about consent and rape together with the audience, and this kind of domestic violence. So I’m happy it has opened that subject.

With this being the first time you were on set as a director, what did you learn most? And do you have any projects coming up, whether short-form or long-form?

I really want to do a feature film. That’s my goal. Also, because I’ve been working on this project for so long and I felt so frustrated because we only had five days of shooting. So after that, I was like, “Oh my God. I worked for two years and that’s it?” [Laughs.] So I made the post-production quite long because I [wanted the time]. The format of short film is very interesting, but it’s also very frustrating because you almost prep as if it was a feature film because you have the same decisions to make–you have to build a character, you have to build all that–and I could go on for at least twenty days of shooting or more. So I hope I’m going to be able to make a feature film, but I’m working as an actress now too. I’m working on a French TV series. And that’s what I hope for my future. I want to keep doing both. Even though it’s my first film, I don’t really feel like it’s my first film. For me, it’s a continuation of what I’ve been doing for ten years now in cinema. Of course, it’s another position but I still feel that I’m just a filmmaker, as an actor or a director or a writer. I’m a filmmaker.

You were recently in The Souvenir, which is a lot about the craft of filmmaking itself. It was great to see you pop up. I had no idea you’d be in it. Can you talk about Joanna Hogg and working on the sequel?

Yeah, I couldn’t do many days on the first one because I had something else, but I was so happy she told me to come anyways and to appear at the end. On the second one, I worked more on it. It was brilliant because as I was becoming a director, I had to be a film school student. And it was so inspiring because I’m a huge fan of her work–I love her work–and being there and acting as a director, it was kind of a funny joke in my life. I enjoyed it so much. She has a very specific way to work and it was just very inspiring to see a British director insisting on keeping her own language and her own style because it’s not an industry where it’s easy to do that. Maybe it’s a little bit easier in France, but I’m not even sure. She’s so clear and so strong about the way she wants to work, both for the result but also as a process. She has a very specific process and it was a huge inspiration for me, just to see someone working the rules she has created for herself. She’s not following anything. She’s a great inspiration.

You’ve been on the festival circuit with this film. Have you caught any films at festivals that you’ve admired?

Yes, I was a jury at the Thessaloniki Film Festival and we gave the prize to a film that I loved. It’s called Fire Will Come from Oliver Laxe. I loved it. I fell in love with this film. It’s pure, beautiful cinema. He’s brilliant. That was the last film I’ve seen that was very, very intense for me.

Ah, yes. That just got picked up for U.S. distribution. It’s great.

So, this week you are bringing the film to Sundance. Are there any hopes for how audiences might embrace it there?

Yeah, I don’t know. I’m scared like always when I show my film. I’m super scared. But at least I’m going with my DP, Balthazar Lab, and that’s really cool. It was in Telluride, but I couldn’t go so it’s going to be my first time showing it to a U.S. audience. I’m scared but I’m excited. We’ll see. [Laughs.]