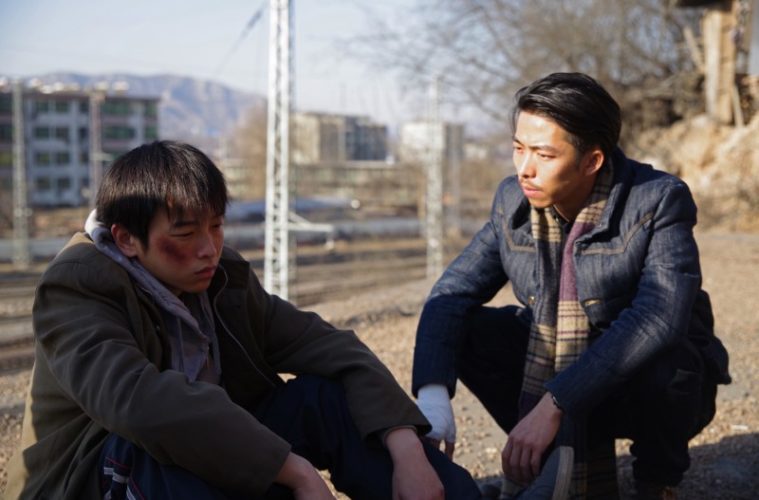 Initially premiering at the Berlin International Film Festival earlier this year, An Elephant Sitting Still is the directorial debut drama from the late Chinese filmmaker Hu Bo. With an epic, nearly four-hour long runtime, Elephant tells the long and winding story of Wei Bu (played by Our Shining Days’ Yuchang Peng), and his classmates Wang Jin and Huang Ling, as they flee to a far-away city after becoming involved with escalated trouble at home.

Alongside Yuchang Peng, the film features Yu Zhang, Uvin Wang, and Congxi Li. Ambitiously told, with fearlessness and relentlessness, An Elephant Sitting Still garnished the Prize of the Fipresci as well as special mention as the Best First Feature while in Berlin. Unfortunately, while An Elephant Sitting Still marks Hu Bo’s directorial debut, it also becomes his last, as Bo took his own life in October.

Our own Zhuo-Ning Su caught Elephant in Berlin (full review) and touched on the tragic loss of the film’s director and how his legacy should impact audiences: “It cheapens the creativity of the filmmaker to say that the writing’s on the wall (Hu took his own life last October after finishing Elephant), but it would also be disingenuous to not notice the real struggle underlying this four-hour epic. In any case it’s a terrible waste to lose such a remarkable, uncompromising voice in today’s government-censored, market-dictated Chinese cinema – let alone at just 29 years of age. One can only hope that this film which, for all its overt and emphatic bleakness did not end on a tragic note, could offer some sense of solace to its audience, even if it had not been enough for its brilliant maker.”

The film made its United States premiere in April at the New Directors/New Films Festival. Beginning next week, An Elephant Sitting Still will screen at the Karlovy Vary Film Festival in the Czech Republic. Check out the trailer below, which has some frame-rate issues, but we’ll update if a better version arrives.

An Elephant Sitting Still will open this fall in the United States, courtesy of KimStim.