All In: The Fight For Democracy Review: Stacey Abrams Leads a Vital Civics Lesson for the Current Moment 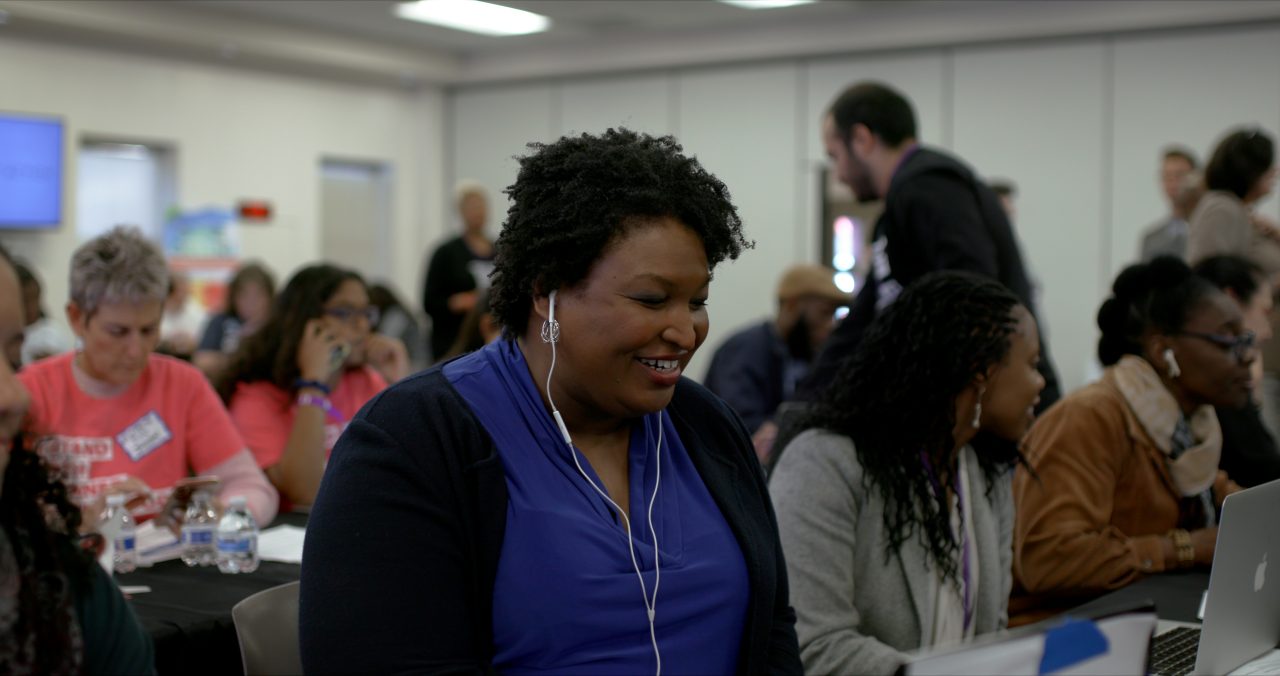 With the United States presidential election only 53 days away, talk of voter fraud and mailboxes being torn away from communities are dominating media headlines. An outline of the history of voter suppression is timely, urgent, and sobering for every American citizen claiming to care about voter safety and protection of our democratic rights, which makes Amazon’s release of a new documentary detailing these issues all the more vital. Co-directed by Liz Garbus (What Happened, Miss Simone?) and Lisa Cortes (Precious), All In: The Fight For Democracy is the perfect civics lesson for the current moment.

The film precedes as a series of talking-head interviews where prominent figures like Eric Holder, Robert Young, and Carol Anderson narrate and take us through American history. Serving as the central subject of the documentary and also one of its producers, the film begins with Stacey Abrams, a long-time advocate for voter’s rights who is also interviewed throughout the film, and her 2018 Gubernational election against Brian Kemp to win the seat of the governor of Georgia. The election was only decided by 17,000 votes while Kemp was also serving as Secretary of State, meaning he oversees all elections and can decide if votes are fraudulent or not, questioning an abuse of his power––which, the film perfectly outlines, did in fact occur. Nearly 200,000 voters were purged from the polls who should’ve been eligible and another 32,000 votes discounted. Even with the election so close, and the Abrams campaign urging a recount, Kemp carried on. In the film, through detailed graphics and statistics, we see clearly the egregious errors that states like Wisconsin perform as well, purging lifelong voters from the polls.

Some of the discouraging, enraging, and ultimately tragic sequences of the documentary are not the statistics. It’s the real-life human stories Garbus and Cortes turn their eye towards. Weaving in archival footage to give a face to those that have been disenfranchised and show footage from the specific stories being told to us to give context to the film’s anger. Such as the tale of Maceo Snipes, a Black WWII veteran from Taylor County, Georgia. Upon returning home from the war in the year 1948, Maceo felt he had earned his right to vote. But, the white people of Georgia were determined to violently intimidate any Black person from entering a polling station or exercising their freedom. Maceo ignored the signs, ignored the hate, and voted. Three days later, a group of 3 showed up to his house and shot Snipes to death. Even with witnesses and a confession, the killers walked free.

The most sobering and relevant case of voter suppression, however, comes from the year 2013 in the form of a Supreme Court Case in Shelby County, Alabama. It’s important to note that the strides made by Martin Luther King, Jr. to protect Black people from venomous racism and secure they can safely vote in every election started in 1955 and peaked after Bloody Sunday. Upon a nation watching the brutal beatdown of protesters in Selma, Lyndon B. Johnson passed the Voting Rights Act of 1965. A day in which activist Robert Young reflects, “It’s the only time I saw Martin shed a tear.” The act protected citizens from states enacting discriminatory laws to stop them from voting. But here’s the caveat: every 20 years it needs to be restored. So, in 2013, Shelby County more or less foolishly argued that “Hey, now that racism is over, is this necessary?” To which the Supreme Court, by 5-4 ruling, agreed the federal government should not interfere with states’ rights in regards to voting and argued “If it’s not raining you don’t need an umbrella.” This would immediately lead to the southern block of states above Florida, and places like Wisconsin and New Hampshire enacting a whole new set of voting laws that disproportionately affected Black people, poor people, and immigrants from returning to the polls.

While a documentary from earlier this year, Slay The Dragon, outlined the right-wing party’s gerrymandering schemes, it did little to critique the Democrats in explaining how they let the Republicans’ actions go unchecked. The same issue lies here as every single critique falls not only on those conservative states but the Republican Party in general. While they are certainly to blame, All In might be a more complex portrait if this element was explored.

Nonetheless, the documentary is a treasure trove of rich information and moves briskly through our history from years of “We The People” where only 6% of the country was allowed to vote to our current moment. The directors outline, in a clear-eyed, detailed fashion, the lengths this country has gone to suppress the voices of the disenfranchised, with evil, manipulative, and abhorrently disingenuous tactics that refute the notions of a free democratic nation. If you’ve been paying attention to the state of our country these last four years, and still need convincing, after a viewing of this film, you will feel the urgent need to get out, register, and vote. Our voice is all we have and this country will only be great when everyone has a fair and equal opportunity to contribute their vote to shape our nation.