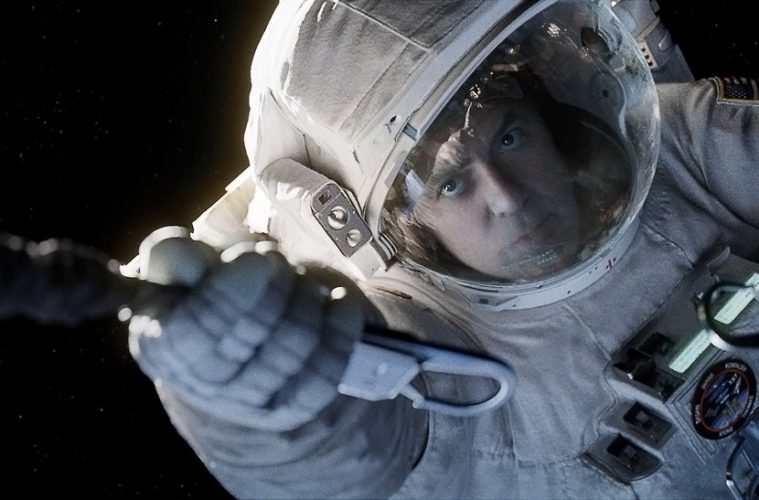 If you believe we’ve already received more than a fair share of footage from Alfonso Cuarón‘s Gravity, then you’d be right. But after a teaser trailer and three separate, standalone clips, Warner Bros. technically hasn’t delivered any full-length trailers for our #1 most-anticipated film of the fall — until now.

Released in 2K HD, we’ve got a new look clocking in at just under 2.5 minutes. As someone who is trying to preserve the experience, I personally only lasted about 52 seconds before I saw more than I wanted. But if you are yet to be sold, check out the trailer below and head over here to see what James Cameron thinks about the film, and see the first reviews here. We’ve also embedded over 23 minutes of the soundtrack, coming from composer Steven Price.

Sandra Bullock plays Dr. Ryan Stone, a brilliant medical engineer on her first shuttle mission, with veteran astronaut Matt Kowalsky (George Clooney) in command of his last flight before retiring. But on a seemingly routine spacewalk, disaster strikes. The shuttle is destroyed, leaving Stone and Kowalsky completely alone—tethered to nothing but each other and spiraling out into the blackness.

The deafening silence tells them they have lost any link to Earth…and any chance for rescue. As fear turns to panic, every gulp of air eats away at what little oxygen is left.

But the only way home may be to go further out into the terrifying expanse of space.