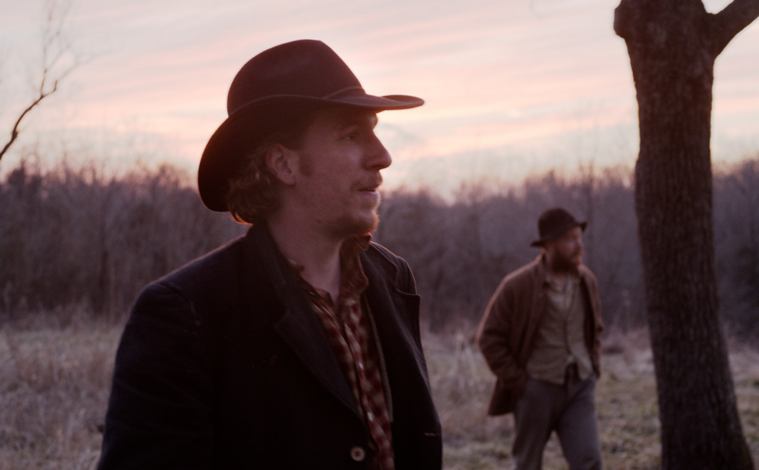 Mumblecore and the period drama have (somehow) come together, and the result is far better than people who are generally allergic to the subgenre may expect. On a minuscule budget, writer-director Zachary Treitz and his crew have laid out a fully realized recreation of the South during the American Civil War — and it’s more than convincing recreations of an era’s aesthetic. Where many historical films are concerned with the movers and shakers of well-known events, Men Go to Battle is all about the micro view. It tells a story that happens to be set against a volatile backdrop, but is more about what it was like to live day-to-day in such a time.

Here is where the mumblecore sensibility comes in. The actors all adopt that brand of low-key physicality and manner of speech, favoring naturalism above all else. The plot, too, is of the loosey-goosey, incident-based nature beloved by indie film. But while such mannerisms are frequently received as frustrating or even insufferable in a modern-day context, the natural folksiness of this movie’s setting makes it easier to digest. It helps that Brett Jutkiewicz’s  cinematography revels in the beauty of the locations without ever ceding to ostentatiousness. And the script, by Treitz and Kate Lyn Sheil (who also stars), generally refrains from overplaying “realism” (i.e. letting dry conversation or a lack of action go on interminably), and is often quite funny.

Aiding greatly in the latter department are the movie’s two leads, David Maloney and Timothy Morton. They play, respectively, Francis and Henry Mellon, brothers struggling to maintain their desolate Kentucky property as the winter of 1861 encroaches. Their efforts are hindered by the fact that they’re both irrepressible knuckleheads, and Maloney and Morton bounce wonderfully off one another throughout their post-Antebellum Jackass shenanigans. Just when the audience might tire of it, however, the story switches track after one fight that’s taken too far splits them up, with Henry joining the Union army and Francis remaining at home to figure out how to save the farm. It’s a wholly different spin on the idea of a war that pitted “brother against brother.”

Henry and Francis’ separate arcs explore different sides of routine — even the battlefront scenes are far more about drilling and boredom than combat. Forced away from each other’s influence and the stifling confines of their remote homes, the man-children must grow into full men. Both of their evolutions develop subtly, and each is revealed to be considerate when the two finally reunite. And the ultimate resolution hinges on a quiet, moving act of brotherly love and sacrifice. It emblematizes how Men Go to Battle, as a whole, is greater than its apparent smallness.

Men Go to Battle screened at AFI Fest and will be released on July 8.