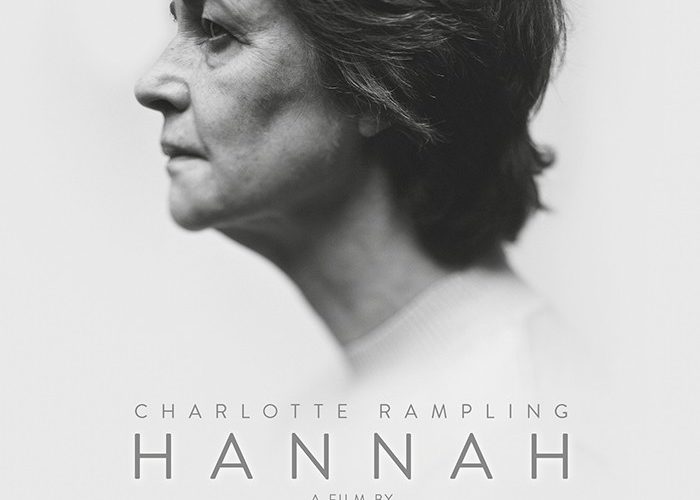 Hannah is Charlotte Rampling’s face. There are barely any other actors to speak of in this film, and the camera often purposefully excises their faces from its attention, favoring its lead’s reactions to their words and motions. Therefore it is an extended journey through pain, as the eponymous character flails about to grasp meaning after the ground crumbles beneath her.

Then again, “flail” might be too strong a word, given how restrained Rampling is, save one anguishing private breakdown. Her struggle is embodied in twitches of the eye or the corner of the mouth, or in the slow slump of her shoulders as she walks away from a party she’s been rejected from attending. Hannah is a woman attempting to maintain her routine, staying as dignified as possible even when escorting her husband to prison early in the story. (The film never directly states what he’s in for, though it becomes apparent after a while, perhaps a good amount of time before it’s supposed to be.) She cleans houses, goes to the gym, practices with her theatre group, and takes care of her dog. But the routine hiccups. The dog won’t eat, her gym membership is abruptly cancelled… and where are her friends? The movie never quite hits a breaking point, instead suspending itself in the queasy medium between denial and awareness.

Hannah is about the motions of daily life as a shield from darkness – or from looking at the darkness, at least. Far more troubling is how it suggests that this complacency can make one an accessory to evil, if not an enabler. Hannah is sympathetic, but the movie’s slow burn singes away any veneer of innocence she may initially possess. Yet at the same time, she’s also at the receiving end of a social punishment for actions she had no part in. Here, again, she is caught in the middle.

A quiet film with nauseating horror susurrating beneath its skin, Hannah sometimes meanders too far into the less riveting beats of the main character’s life. (Although maybe there’s more to the scene in which she watches movers adjust a painting on the wall, who knows.) It’s primarily Rampling’s vehicle, and she again demonstrates her mastery of tamped-down pain, like she’s hiding an infected wound in her soul. It’s a performance that may outlive all else about this film.

Hannah screened at the 2017 AFI Fest.