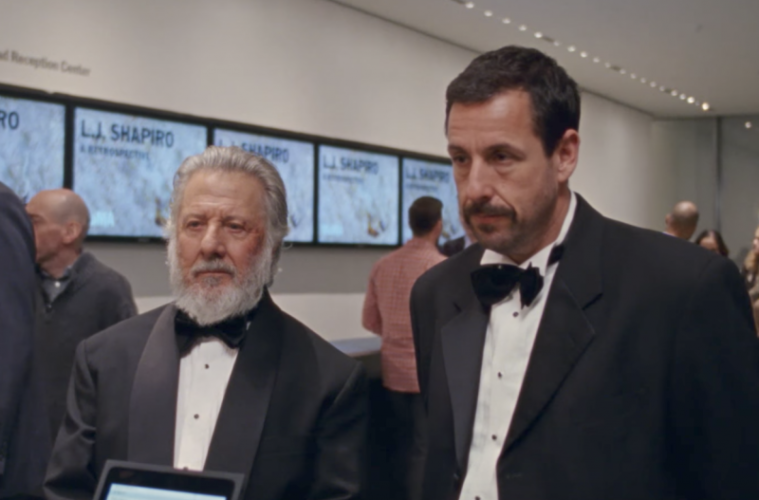 In a particularly adept piece of casting, Noah Baumbach has brought together Adam Sandler, Ben Stiller, and Dustin Hoffman as a family in The Meyerowitz Stories (New and Selected). The latest film from the director of Mistress America and Frances Ha follows the family as they regroup ahead of a celebration of their father’s work as an artist. Also starring Emma Thompson and Elizabeth Marvel, Netflix has now released the full trailer following its Cannes premiere earlier this year.

“Adam Sandler has acted in nearly 50 feature films, the majority of which he’s played the lead. It won’t come as any great surprise to learn that The Meyerowitz Stories (New and Selected) is amongst the best works of his career, comfortably scaling the lower denominators to reach those sparse upper peaks,” we said in our review. “Director Noah Baumbach draws from the 51-year-old’s main talents as both comedic songwriter (as in his early standup and his time at SNL) and ticking time bomb (his signature switch from toddler-voiced timidity to raging lunatic that Paul Thomas Anderson harnessed so effectively in Punch Drunk Love).”

See the trailer below ahead of a North American premiere at the New York Film Festival and October release.

From writer/director Noah Baumbach, The Meyerowitz Stories (New and Selected) is the emotional and comic intergenerational tale of adult siblings (Adam Sandler, Ben Stiller, and Elizabeth Marvel) contending with the long shadow their strong-willed father (Dustin Hoffman) has cast over their lives.

The Meyerowitz Stories (New and Selected) hits Netflix and limited release on October 13.