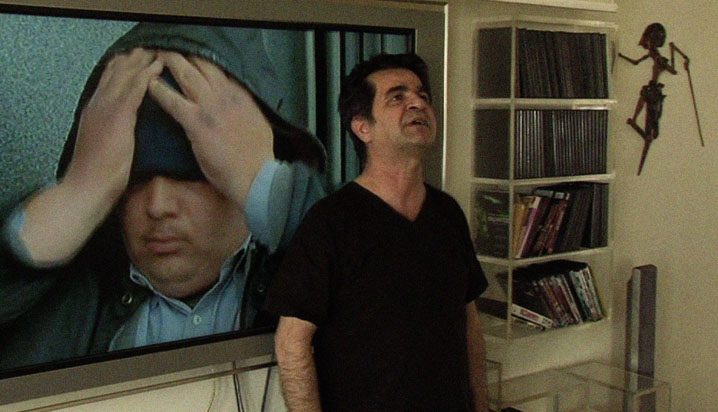 Abbas Kiarostami Says Jafar Panahi Has Completed New Film, Debuts Poster For ‘Like Someone In Love’ Released for a painfully brief time in theaters earlier this year, one of our favorite, most eye-opening films of the year is Jafar Panahi‘s This is Not a Film. While the Iranian filmmaker is banned from making films by his own government, he secretly shot his last project in his own apartment and reportedly smuggled it in via a USB drive into Cannes Film Festival. Even though the filmmaker is banned from making films for roughly the next two decades, that certainly won’t be stopping him.

In an interview with Indiewire, none other than Abbas Kiarostami — who is showing his drama Like Someone in Love at the New York Film Festival following a Cannes premiere — has said that Panahi has already finished his next film and that we could see during festivals next year. Of course, this process will have to be a bit sneaky, but it’s wonderful news to receive. Check out Kiarostami’s quote below, followed by a new poster for his latest project thanks to Criterion Corner.

“He has happened to have made his second film since he received his sentence. After his sentencing he made the film that played at Cannes, and since then he has made another. I guess it will be shown at another festival. So he is making films in Iran. I don’t know why, but that’s a reality people cannot deal with…Some people stay in Iran and undergo the censorship, working however they can. Others, like me, decided to work elsewhere [noting his Japan shoot for Love]. Everyone does what they can. Of course, the situation is difficult for everyone.” Are you excited Panahi has another film coming?