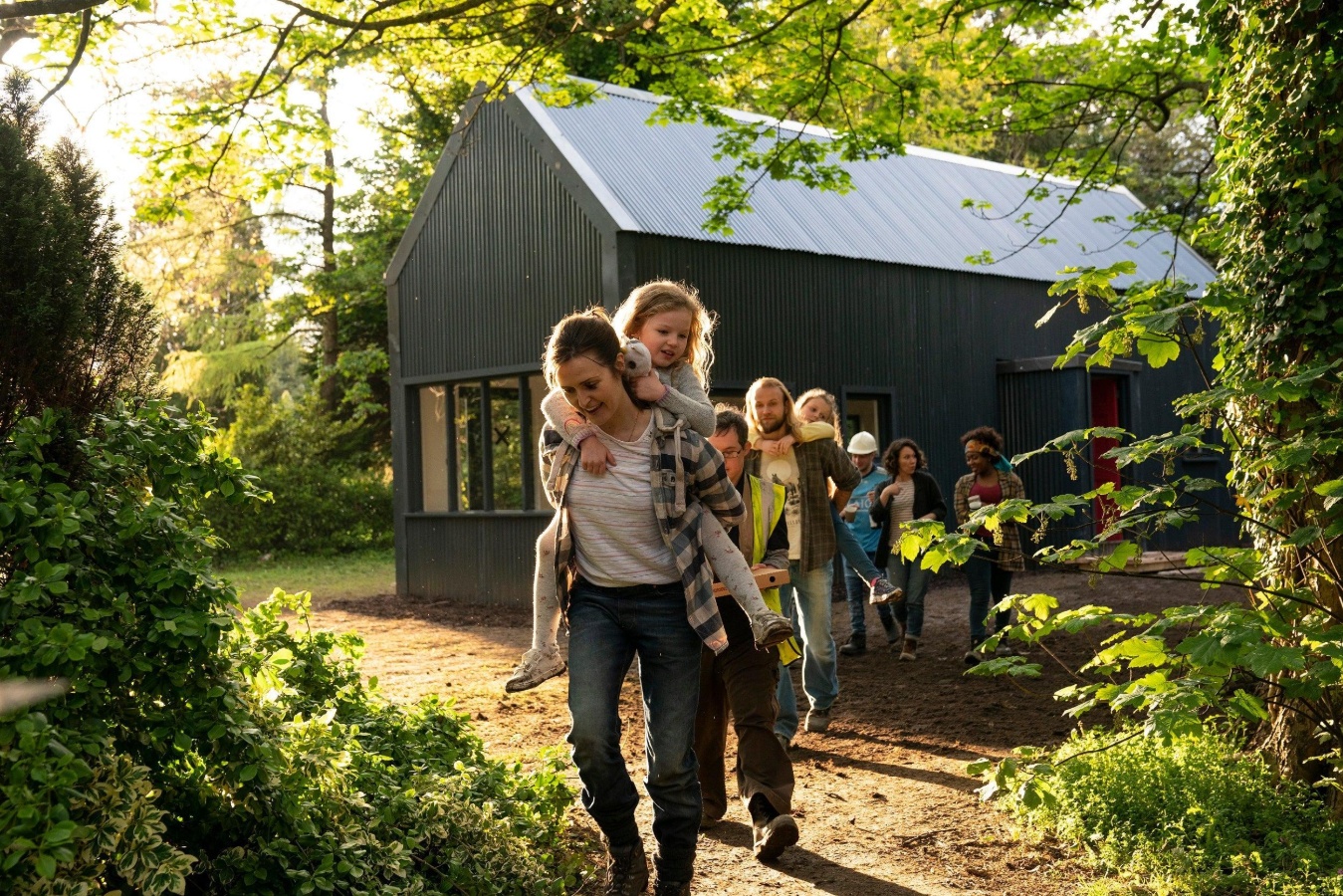 Charting a new path after her Meryl Streep features Mamma Mia! and The Iron Lady, Phyllida Lloyd is returning with her most acclaimed film early next year. An official selection at this year’s Sundance Film Festival, Amazon has now unveiled the first trailer for Herself ahead of a January 8 release.

In the story, Sandra (played by co-writer Clare Dunne) has escaped her abusive husband but due to the custody situation, she must still contend with him while also struggling without a strong support system, which leaves her homeless as a result of Dublin’s classist bureaucracy with housing. With the help of her friend Peggy (Harriet Walter) and local builder Aido (Conleth Hill), she intends to build a house herself to provide a home for herself and her children.

Logan Kenny in his review for The Film Stage praised the nuanced drama, stating, “Regardless of missteps with the ending, the majority of Herself is soulful and empathetic enough to do justice to its subject, doing the important job of reminding audiences everywhere how important community truly is for survivors.”

Herself will start streaming on Amazon Prime on January 8, 2021.