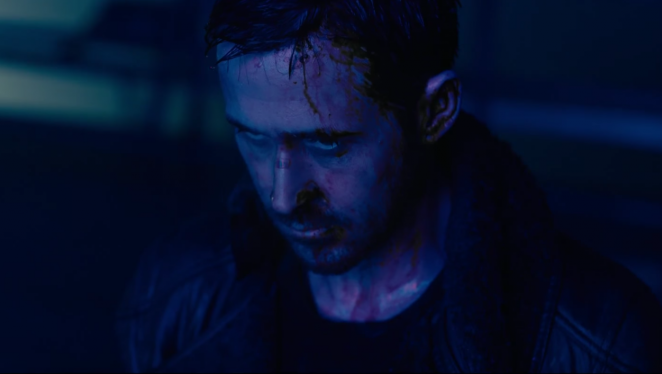 “I feel [the pressure] every day,” Denis Villeneuve said on Variety’s Playback Podcast, speaking about Blade Runner 2049, his next sci-fi film following Arrival. “At the same time, I’ve never been that inspired and excited. I love risk. All of my projects have come with a certain amount of artistic risk, or sometimes a risk of how you portray reality.” “I think the movie we are doing, we will need to find our own identity and territory, and at the same time be faithful and linked to the first project. It’s that equilibrium we are trying to find.”

Villeneuve is working on the film with legendary cinematographer Roger Deakins, and, judging by the new full-length trailer, the director of photography looks to be at the top of his game. “I absolutely love science fiction,” Deakins said. “I did think twice about [doing the film], because Blade Runner, the original is so wonderful, but…there’s so few good science fiction films out there, that it deserves another. They made about 20 Planet of the Apes and they still haven’t made one as good as the original. They only ever made one Blade Runner, so I think we can do another one.”

Blade Runner director Ridley Scott is producing Blade Runner 2049, and Scott indicated that the strong script — from original Blade Runner writer Hampton Fincher and Logan scribe Michael Green — is what drew the somewhat reluctant Ford back to the franchise. “I got Harrison back,” Scott told Yahoo Movies. “Harrison said, ‘Meh,’ and I said, ‘No, read this.’ And I think he said, ‘This is the best script I’ve ever had.’’