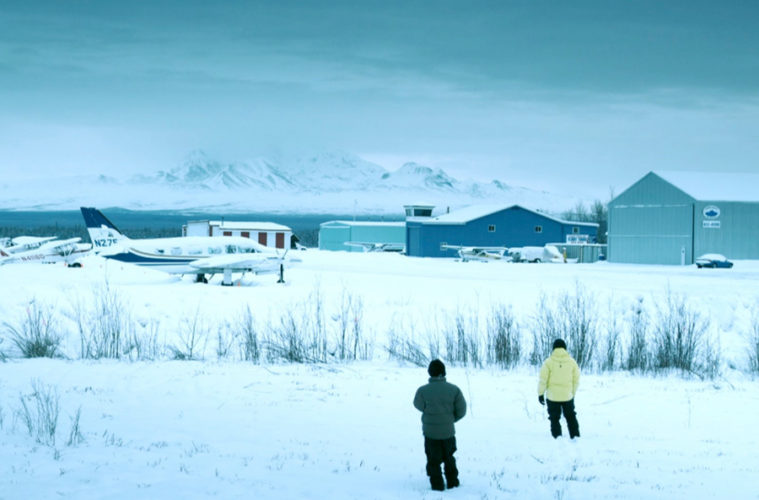 A New, Enchanting Trailer For ‘The Nine Muses’ After seducing me earlier this year at Sundance, John Akomfrah‘s existential The Nine Muses has remained about as enigmatic and elusive as it was at the festival, appropriately reflecting the film itself.

Now we have a longer, more informative (if you can call it that) trailer for the film, which did have a week-long theatrical run in New York City this fall at the MOMA.

Check out the trailer below (via Shadow and Act):

Utilizing archival footage, literary passages from the likes of Homer and Joyce and astounding original footage shot in an icy nowhere, Akomfrah asks unanswerable questions about identity and where someone comes from. In an interview with the filmmaker after the Sundance screening, I asked about his inclusion of James Joyce, an Irishmen who lived most of his life outside of Ireland, into the piece.

Here’s what he had to say:

“Joyce, because of Portrait of the Artist as a Young Man, which ends with him leaving…I mean the thing about the migration to England in particular between the 40s to the mid-60s was that it wasn’t simply people from the Carribean and Africa. They are also half a million that went from Ireland. And I thought that the best way to deal with that migration pattern was via Joyce. Or via the two Irish writers who are much concerned in their writing with this question of how you become something…”

This is a cerebral film not unlike Terrence Malick‘s works, a hard watch that rewards it viewers for his or her’s efforts in watching.