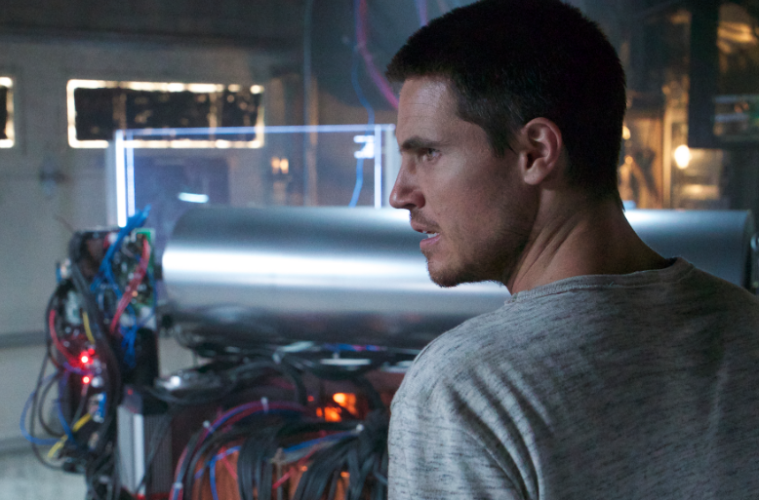 Ahead of a premier at Toronto International Film Festival this week, Netflix has released their first trailer for a new original release titled ARQ, a sci-fi mind-bender about a couple (Robbie Amell and Rachael Taylor) who are stuck in a time loop and must figure out just what the heck is going on before they die — and wake up — and die again.

Attempting to separate itself in ways from something like Edge of Tomorrow, a twist on the “same day again” genre in ARQ seems to be that both characters start to remember the time loop. However, considering how quickly Tom Cruise is able to catch Emily Blunt up on current affairs each time he loops by the midpoint of that film, I’m not sure this is much of a twist.

What remains is whether or not an effective, visually arresting piece of sci-fi can be conjured by writer-director Tony Elliot — who has penned and story-edited episodes of Orphan Black, along with helming two shorts before this feature debut. See the trailer and a poster below, for the film that also stars Jacob Neayenem, Shaun Benson, and Adam Butcher.

ARQ, starring Robbie Amell (The Flash) and Rachael Taylor (Jessica Jones) is a Netflix original film set in a dystopian society, written and directed by Tony Elliott (Orphan Black). The film is an official selection of the 2016 Toronto Film Festival.

In a future where corporations battle against sovereign nations over the last of the world’s energy supplies, young engineer Renton and Hannah find themselves attempting to save an experimental energy technology that could end the wars. The catch is, the technology has created a time loop that causes them to relive a deadly home invasion over and over again. They must figure out how to stop the time loop and come out of it alive. ARQ premieres at TIFF and hits Netflix on September 16th.