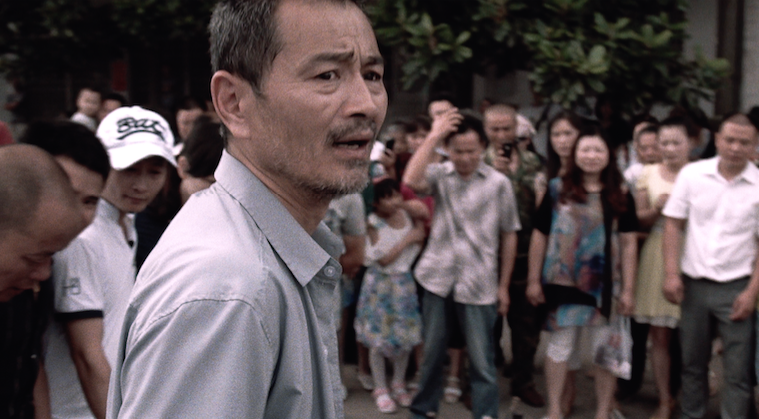 After earning acclaim for his short films in the past few years, Chinese-Canadian director Johnny Ma brought his directorial debut Old Stone to Toronto International Film Festival this year where it was awarded Best Canadian First Feature Film. Picked up by Zeitgeist Films, it’ll now get a release next week and the U.S. trailer has arrived for the thriller which follows a taxi driver doing a good deed that has major repercussions.

We said in our review, “Old Stone (Lao Shi) is a film wrapped around the gut-wrenching dilemma of a man who knows a moral choice but struggles to find the fortitude to carry through with it against a broken social system punishing him for it. The divide between epistemological knowledge of right from wrong is often played in films, couched in a vacuity that assumes vagueness for insight into the moral condition of humanity, but Old Stone is content to build its foundation on a scenario with very little grey area. Instead, the film tackles a much more interesting conceit: the struggle to be righteous even when — especially when — we know with certainty what the cost will be.”

Check out the trailer and poster below for the film starring Chen Gang, Nai An, and Wang Hongwei.

In Johnny Ma’s thrilling debut feature, a Chinese taxi driver finds himself plunged into a Kafkaesque nightmare where no good deed goes unpunished. Beginning as a gritty social-realist drama before u-turning into a blood-drenched noir, Old Stone follows the repercussions of a car accident in a society where life is cheap and compassion is ruinously expensive. When a drunken passenger causes Lao Shi to swerve and hit a motorcyclist, the driver stops to help the injured man. When no police or ambulance arrive he drives the victim to the hospital, checks him in and finds himself liable for the man’s medical bills. The repercussions of Shi’s selfless act expose a society rife with bone-chilling callousness and bureaucratic indifference. On the verge of losing his cab, his job and his family, Lao Shi (in a magnificent performance by Chen Gang) has to resort to desperate measures to survive.