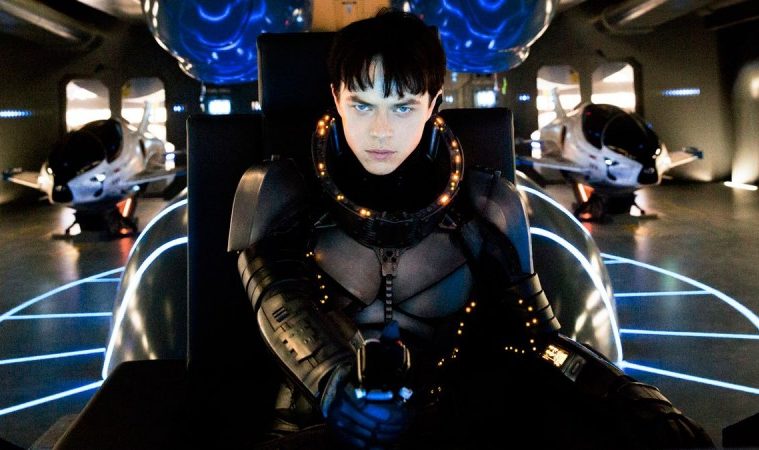 One of the bigger gambles of the summer movie slate is The Fifth Element director Luc Besson‘s return to the futuristic space epic. Valerian and the City of a Thousand Planets, clocking in at an eye-popping $180 million budget, has the not-so-easy feat of facing off against Dunkirk this July and now a new trailer has landed, which will be attached to Ghost in the Shell this weekend. Full of inventive imagery and an eye-popping color palette that seems all-too-rare in Hollywood today, we can’t wait to see this one.

“I love every character and I can make number two, three, four, five, six, seven… until [Cara’s] tired of it,” Besson tells Collider when asked about a potential franchise. “But I love them – I could spend ten years with them. The good thing is that they’re two space agents. Every film is an investigation. They’re cops basically, space cops, and they have a problem – a big one in this film – and they have to solve it.”

Also starring Herbie Hancock and Kris Wu, check out the trailer below.

Valerian (Dane DeHaan) and Laureline (Cara Delevingne) are special operatives for the government of the human territories charged with maintaining order throughout the universe. Valerian has more in mind than a professional relationship with his partner — blatantly chasing after her with propositions of romance. But his extensive history with women, and her traditional values, drive Laureline to continuously rebuff him.

Under directive from their Commander (Clive Owen), Valerian and Laureline embark on a mission to the breathtaking intergalactic city of Alpha, an ever-expanding metropolis comprised of thousands of different species from all four corners of the universe. Alpha’s seventeen million inhabitants have converged over time- uniting their talents, technology and resources for the betterment of all. Unfortunately, not everyone on Alpha shares in these same objectives; in fact, unseen forces are at work, placing our race in great danger.

Valerian and the City of a Thousand Planets opens on July 21st, 2017.