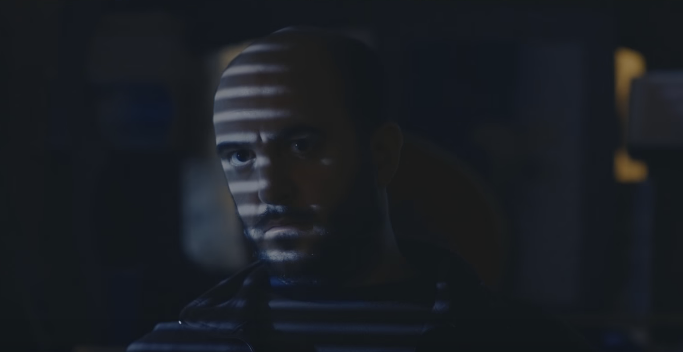 Here at The Film Stage we welcome the opportunity to highlight the work of filmmakers who embody the DIY spirit and leverage social media in order to garner a supportive audience. These type of creative people tend to be endlessly passionate about not just making the films they want to, but sharing their experiences making them. Gary King, who may be a familiar name to some, embodies these strengths as a true independent filmmaker and we’ve highlighted his impressive feature film work before from the New York drama What’s Up Lovely to his successful musical How Do You Write A Joe Schermann Song?.

King has recently completed a new horror film entitled Unnerved, starring Mark DiConzo, Katie Morrison and Elena Sanz. The story follows a couple who flee to a remote lake house before discovering a mysterious entity that haunts them from their past. We’re now premiering the first official trailer for the project, which introduces a palpable dread as the horror is ratcheted up. Check out the trailer, synopsis, and poster below, and be on the look-out for the film soon.

Whatever killed their son continues to haunt Mallory (Katie Morrison) and Frank (Mark DiConzo) no matter which place they go. While hiding out at a remote lake house, Mallory struggles to keep her sanity and save her marriage as the supernatural activity grows more powerful. Finally reaching their breaking point, they elicit the help of Eleanor (Elena Sanz), a local clairvoyant, to end the terror once and for all. But will it be too late?

Coming off the success of the award-winning musical film How Do You Write A Joe Schermann Song (acquired by FilmBuff), filmmaker Gary King changes course with a new supernatural/thriller. Unnerved stars Katie Morrison, Mark DiConzo and Elena Sanz. Look for it to be released soon. LIKE us on Facebook www.facebook.com/unnerved and visit www.HauntMeNoMore.com for more information.