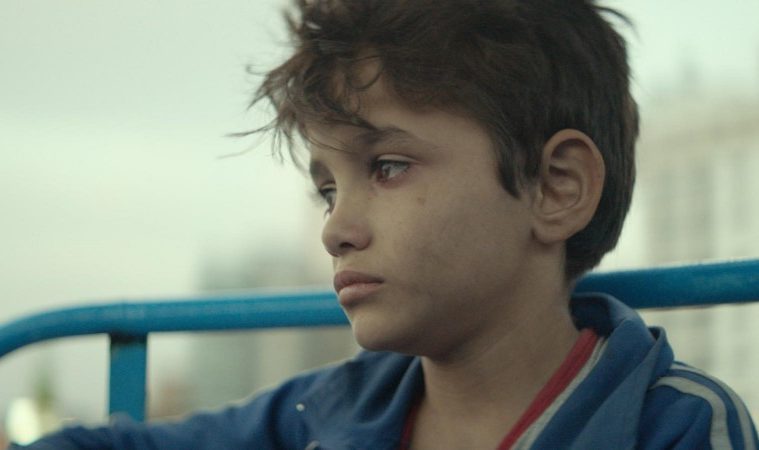 It shouldn’t be a surprise that Nadine Labaki’s third feature film has moved from the Jury Prize at Cannes to a Golden Globe nomination for Best Foreign Film. While its US release this month marks a span of seven years since her breakthrough TIFF People’s Choice Award-winning Where Do We Go Now?, the Toronto audience I saw Capernaum with (my review) hadn’t forgotten the magic they were soon to experience again.

Capernaum is an affecting drama with an authentically disarming humor courtesy of newcomer Zain Al Rafeea—a refugee. It tracks the desperation, ingenuity, and anguish he endures in order to survive a life he didn’t ask for—one he’s willing to sue his parents in court for forcing him to live. His journey draws on the complex and harrowing existence too many face today, highlighting the true cost of humanity’s selfishly irredeemable decisions.

Courtesy of Sony Pictures Classics, we have an exclusive clip to share with you that brings the film’s poster to life with Zain pulling his pots and pans wagon through Beirut in search of food. It’s the perfect introduction to the young boy’s hardened edge, confrontational sarcasm, and unwavering resolve to do for the toddler in his care what no one did for him.

Capernaum is now in limited release and will continue expanding nationwide.