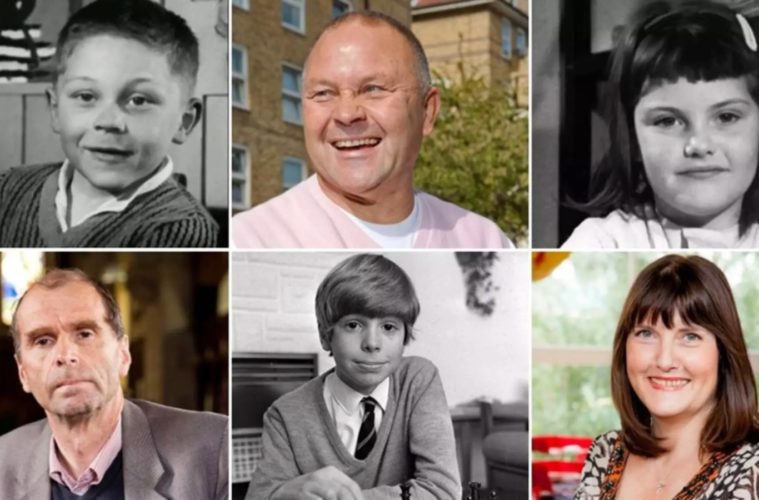 ’63 Up’ Review: A Warm Visit with the Subjects of the Longest-Running Franchise in Film History

Without having seen the entirety of the Up series, which revisits the same subjects chosen from various walks of British life in 1964 at age seven, the latest installment, 63 Up, proves to be at times a moving sociological experiment with little surprise as it documents the lives of eleven ordinary British subjects it has followed for the past 56 years. Inspired by Francis Xavier’s quote, “Give me a child until he is seven and I will give you the man,” the experiment continued every seven years under the direction of Michael Apted since the second installment, who also has come of age as a filmmaker and interviewer in due time.

His mistakes in past films are called out by more than one subject and many express discomfort with the process of participating in the documentary. Only one subject from the previous installment 2012’s 56 Up (Suzy) did not return while Lynn, a subject from the previous films, passed away unexpectedly in 2013. Apted instead focuses on Lynn’s quiet life as a children’s librarian through her family, including her daughters and grandchildren. Much has changed over the years and for viewers that have missed a few stops along the way, the film stands on its own, recapping the years as some have married early, some have waited, some have had success professionally. Apted offers a narrow slice of life incorporating footage from the previous installments creating a portrait that is as much about class structures and politics as it is about personal lives, diving into topics including Brexit, Trump, and the state of social services including housing, health care, and pensions. Only one, Neil Hughes, is directly involved in politics as a local counselor with clout in certain circles, although the formerly homeless young man tells us that he’s got just as much power to affect the future of the country as a man sitting in jail.

Others, at 63, contemplate their legacy and contributions to the world, including Nick Hitchon, a professor who moved to the states to study nuclear engineering at a cost to his personal health. He offers a somber recollection of his past, including the years he didn’t participate in the project as he struggled with a divorce sometime after a previous installment captured him at a happy time in his life. Struggle seems inevitable and some, like the cab driver Tony, have hardships early in life only to find happiness and meaning later.

The film becomes a useful reflection for some, like Jackie and Sue, two friends who remain close to each other. Both became parents early (in their 20s) and the film series has followed their struggles and reinvention as they navigate divorce, boyfriends, careers, and second acts. The stories are ordinary and extraordinary, providing a global overview of life’s milestones without the kind of granular detail that a daily diary entry might offer up. It’s an insightful kind of reunion that mostly celebrates the well-lived lives typically hidden from public view. What had started as Paul Almond’s look at the “future of Britain” in 1964 has evolved into a film that confidently has come into its own, like Symon, a participant who claims it took him sixty years to really find himself. Throughout the picture, the director asks his subjects to reflect on the Francis Xavier quote that served as a thesis for the series along with the impact and value of their participation has had. Overwhelmingly they still feel very much like the person they were at seven, even if there was not much of an indication in the initial project of the years, careers, the heartbreak, and the triumph that followed.

Often the film is much a reflection on the making of all of the previous installments as it is a check-in with each of the subjects and for that reason it feels a bit short if taken as a 138-minute, stand-alone theatrical feature. What it does offer is a warm look at a generation that, shall we say, wasn’t as comfortable with putting themselves out there as the generations that came after them. From Generation X onwards, a documentary may not be necessary as social media will keep an archive of major life milestones, political leanings, relationships, and memories. In that sense, the Up series feels like the last of its kind and should be treasured as such.

63 Up is now in limited release.