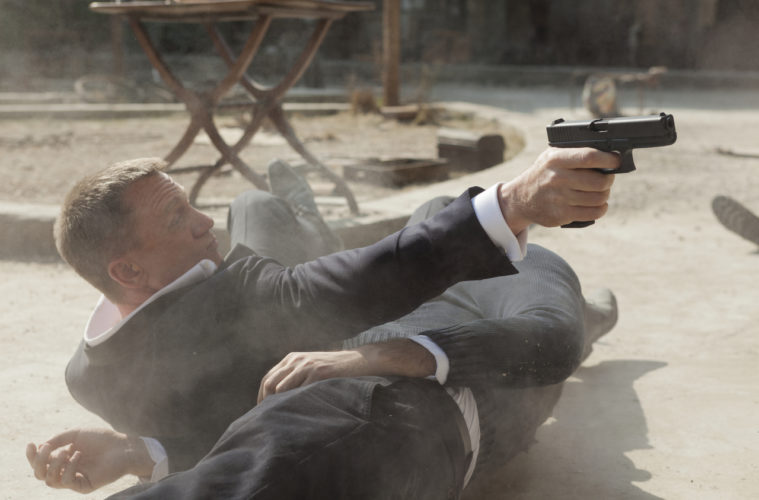 5 Films to Watch Before Seeing ‘Skyfall’ Bond is certainly back, as Skyfall is already surging overseas and finally arriving in US theaters this weekend. We already gave you our whole-hearted recommendation, but it’s time to take a look a few features worth brushing up on before heading into the multiplex. Ranging from some with undeniable connections to others that stretch expectations a bit, check out our rundown below and let us know your thoughts in the comments.

Let’s get the most obvious one out of the way first. Chances are you already gave this a rewatch when the trilogy concluded this summer, but even Sam Mendes called out Nolan’s “game changer” as a direct influence on his James Bond film. Reminiscent of the Batman flick, Skyfall takes a nod in nearly every department, whether it be plot, villain, setting or action sequences. While still providing high-class spectacle, Mendes was able to infuse some real-world implications. – Jordan R.

If not the best Bond film, this is still the consummate example of what an entry should be. Not just because of its extreme entertainment value, but also the way it introduced certain, long-lasting elements — including the Aston Martin, a classic item that’s cropped up very recently — and set the series’ rigid structure. The way Skyfall reassembles that to its own whims is one of its greatest pleasures, particularly in the sensation of new possibilities as the events continue to unfold. And, come on: if you want to get into a Bond mood, you simply can’t go wrong with Goldfinger. Or Pussy Galore. – Nick N.

If it weren’t for this film, Skyfall would have been a very different production. Even though Mendes wasn’t initially a fan of his Road to Perdition star and friend being chosen as our new Bond, his tone (along with the rest of the world) reportedly changed after seeing Casino Royale. Then it was ultimately Craig who convinced him to helm his first foray into Hollywood blockbusters. But back to Mendes’ follow-up to American Beauty — his first teaming with Craig resulted in one of the finest crime dramas of the last decade, and while this one is more about the serene, chilling moments, he was able to exercise his action muscle for the first time, something that’s certainly on showcase now. – Jordan R.

I know, I know, I know. Andrei Tarkovsky‘s end-of-the-world picture — an end-of-life endeavor, too — with its questions about life’s tenacity and man’s connection to some higher being, is not wholly synonymous with Skyfall. (Even if you’ve yet to see Mendes’ spy adventure, that almost goes without saying.) However, the climax of both films share an unusual thematic connection by using the (fiery) destruction of a home unit as, in a roundabout way, a final challenge for either protagonist to face. If God (as well as possessions) are the enemy and Erland Josephson is the one staking out independence, Raoul Silva and James Bond could be seen as their respective surrogates. It’s not a conventional comparison, and I think that makes it all the better. – Nick N.

On a more obvious level, Bardem’s Raoul Silva connects back to the Jonathan Demme classic by way of villainous theatrics. It’s all fun and worthwhile, though the lasting impact is not at all unlike what was done by Anthony Hopkins’ Hannibal Lecter: more than anything, the way his initial guise lures in an audience and how the more decisive actions show his true surface, but also their lasting psychological impact on the film’s heroes. – Nick N.

What films do you recommend checking out before seeing Skyfall?