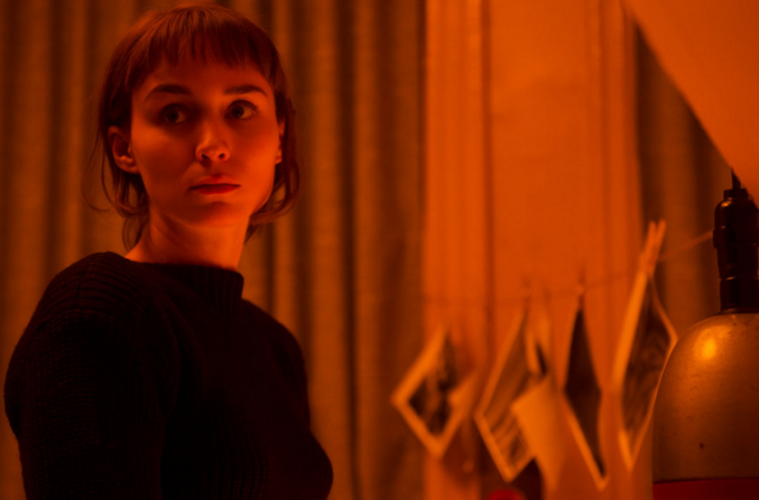 Cinematographer Edward Lachman may not be a household name, though he undoubtedly should be. One of the most highly regarded directors of photography in the business, Lachman has collaborated with some of the best filmmakers of his generation: Steven Soderbergh, Todd Haynes, Todd Solondz, Paul Schrader, Sofia Coppola, Robert Altman, Werner Herzog, George Sluizer, Wim Wenders, Mira Nair, Ulrich Seidl, and Andrew Niccol — to name a handful.

His career began in 1975 by photographing the infamous Sylvester Stallone–Henry Winkler Brooklyn gang cult-fave, The Lords of Flatbush. In the last 40 years, he’s carved out a truly varied résumé. For example: in 2002, Lachman co-directed Ken Park with filmmaker Larry Clark, before moving onto direct the exercise video Carmen Electra’s Aerobic Striptease in 2003.

Lachman’s most recent feature, Carol — his third partnership with Haynes, and perhaps his finest work — just entered a limited release, so there’s no better time to look back through the filmography of one of our greatest cinematographers. We compiled ten of his finest offerings below, so check them out, and let us know your favorites.

The inspiring true story of Erin Brockovich contains all the trappings of mainstream cinema fare, and could have been doomed by the pitfalls so many paint-by-numbers Hollywood films encounter. Instead, Lachman and director Steven Soderbergh employ natural lighting and a wry indie sensibility to deliver an exuberant and beloved film — one that also contains Julia Roberts‘ finest performance. Lachman’s work seamlessly blends a raw visual edge with skillful photographic compositions, emphasizing story and character rather than style. Smartly employed, his camerawork never calls attention to itself. It’s a perfect example of Lachman’s chameleon-like ability to blend his work into any narratively required visual style — the true sign of a master cinematographer.

Todd Haynes‘ stab at ’50s Technicolor melodrama lands beautifully by not mimicking, but channeling the visual style of filmmaker Douglas Sirk. Julianne Moore‘s seemingly perfect housewife finds her marriage and life thrown into chaos when she discovers her husband (Dennis Quaid) is gay. Her budding relationship with the family’s African American gardener (Dennis Haysbert) soon draws the unwanted attention of town busybodies, thus threatening to sully her pristine reputation. Every detail is immaculately arranged, down to opening-credit font that places us inside this period setting. Working with Haynes, Lachman employs slyly antiquated cinematographic techniques to capture the sweeping and lyrical feel of the times. Far from Heaven may be the most outwardly gorgeous film on this list.

While the film itself fails to live up to the acclaimed source material, Less Than Zero is an underseen ’80’s cult drama, partially due to Lachman’s lush cinematography. Opening with the graduation of Clay (Andrew McCarthy) and Julian (Robert Downey, Jr.), two Beverly Hills trust fund kids, the film descends into the ugly world of drug addiction. In an interview with AMC, Lachman lamented the artful intentions with which the film was made: “The studio took the film away from the director Marek Kanievska,” Lachman says. “It was a much edgier film. That was one of my real disappointments. I think nobody really read the script. They just knew it was a youth-oriented script with this British director. When they saw it was about their own neighborhoods and families living in Hollywood, there was a real reaction to it.” Despite this reaction, nearly 30 years later, Less Than Zero is still rightly considered a seminal film of the ’80s by many.

Lachman’s first collaboration with Steven Soderbergh, The Limey, follows Wilson (Terence Stamp), a British ex-con investigating the death of his daughter in Los Angeles. On a deeper level, it concerns the fractured nature of memory, as shown by editor Sarah Flack’s layered and kaleidoscopic work. Images wash over the audience in cycles, sometimes more than once, as Stamp’s cockney anti-hero searches for meaning in these painful and distant memories. Lachman’s cinematography places us inside the titular Limey’s point of view, leaving us piecing through the clues along with the protagonist. The snapshot moments of his daughter are often washed or grainy, incomplete puzzles faded by time. The film’s few bursts of violence are handled with utter restraint and subtlety, shot from a carefully composed distance. It’s these ingenious choices, and the film’s overall effect which prompt this lamentation: it’s a shame Soderbergh and Lachman have only made two films together.

Todd Solondz‘s sort-of-sequel to his notorious and brilliant Happiness returns to those same characters, now played by an entirely new cast. For example, Jon Lovitz is replaced by Paul Reubens, and Philip Seymour Hoffman with Michael K. Williams. (Yes, you read that correctly.) As sardonic as it is uncompromising, Solondz’s characters find themselves mired in darkness and taboo — as they often do. Lachman’s cinematography undercuts that darkness with bright, colorful imagery. The night sky glows, brimming with twinkling stars and a picturesque moon. Beneath this sky, our protagonists walk side by side with ghosts, tragic suicides too afraid to pass from this world into the next. These contrasts contribute to a sense of squeamish unease, turning Solondz’s audience into onlookers watching some grisly car accident with morbid fascination. Life During Wartime is a haunting satire whose visual artistry is due largely to Lachman’s refined camerawork.

Paul Schrader‘s closing chapter of a pseudo-trilogy, which includes Taxi Driver and American Gigolo, is a captivating portrait of John LaTour, an upscale New York drug dealer (Willem Dafoe). The cast is top-notch, including Victor Garber as a slimy European customer and tiny appearances from the then-unknown Sam Rockwell and David Spade. Lachman’s use of harsh, noir-ish lighting keeps the characters grounded in this seedy and treacherous world. Piles of garbage collect on the New York sidewalks, caused by an ensuing sanitation strike. When a human body lands dead on those same sidewalks, we feel LaTour’s simmering rage. Witnessing the love of his life treated with the carelessness of a piece of trash, LaTour does what any good Schrader character would do: finds himself a gun.

Robert Altman‘s final film is a wistful ode to Garrison Keilor’s live variety radio show, A Prairie Home Companion. Taking place on the night of the show’s final performance, it’s undoubtedly Keilor and Altman’s film, yet Lachman fits right in with the style of these two eminent artists. “I had a great relationship with Bob,” Lachman told AMC. “He would say, ‘Let’s rock and roll,’ and would set up three or four cameras and just let it happen. What he didn’t know is that I, painstakingly, after every take, made sure that the cameras were getting certain coverage and that it just wasn’t a free for all. But he always got a certain kind of vitality in the performance and in the camera movement that looks seamless in the editing. He had incredible trust in the process because he knew what he was doing.”

Described in Paul Cronin’s book Herzog on Herzog as the director’s most entertaining film, La Soufrière is a short-subject documentary following Werner Herzog and two cameramen, Lachman and Jörg Schmidt-Reitwein, on their quest to capture the eruption of the volcano La Grande Soufrière. At the time, the volcano was reported to be on the imminent verge of erupting with the force of five atomic bombs, a blast which would have leveled the island. It’s a legendary work because of the behind-the-scenes struggles to complete it, the very least of which included Lachman forgetting his glasses on top of the smoking volcano. In Cronin’s book, the director charmingly describes Lachman’s concerns about safety during the production: “Lachman had some initial hesitations, quite understandably so,” Herzog explains. “He needed to take a leak, so he stepped out of the car and then meekly asked me: ‘What will happen if the island blows up?’ ‘Ed, we are going to be airborne,’ I said. It kind of encouraged him and he immediately picked up a camera.”

Sofia Coppola‘s eerie adaptation of Jeffrey Eugenides’ novel, The Virgin Suicides occupies a mournful and nostalgic space. The narrative follows the lovely Lisbon sisters after the attempted suicide of the youngest sister, Cecilia. The horny neighborhood boys hardly require any further motivation to obsess on these girls, all seemingly spun from delicate blonde hair and ivory skin, but her suicide attempt seals it. Lachman’s visuals paint the small Michigan town of the ’70s like a watercolor masterwork, the sunlight catching the sister’s hair in a nearly magical fashion. Why did they commit this irreversible act? After the suicides, Lachman bathes the film in a sickly green pallor, as if the absence of these girls has drained all the color from the world. Lachman’s camera finds small details which seem to suggest a reason behind their deaths, but nothing is ever conclusive. There will never be an explanation, and thus the emotional power of The Virgin Suicides grows with each subsequent viewing.

Watch a recent conversation with Lachman, above, at Film Society of Lincoln Center.