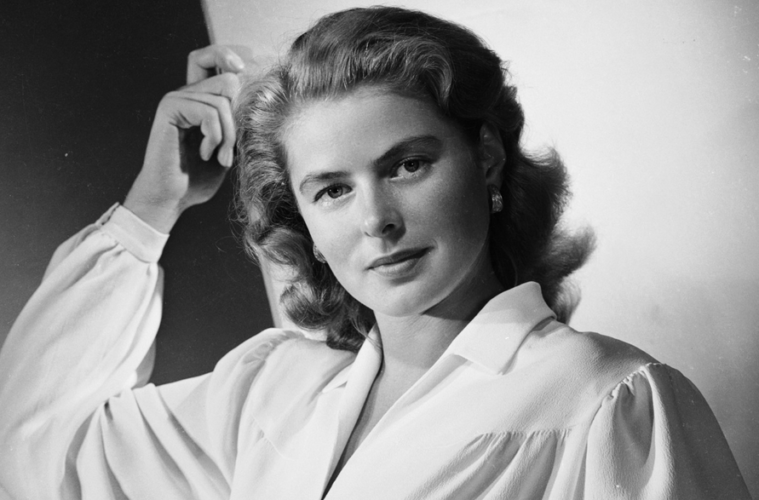 Ingrid Bergman’s oeuvre contains few performances that aren’t of note. Such is her power that, if a tear rolls down her cheek, you feel it. The release of Stig Björkman‘s new documentary Ingrid Bergman: In Her Own Words has prompted us to look back through the great actress’s filmography.

In our search for the essential Bergman roles, the performances which cemented her as a legend of cinema, there’s certainly a number of dazzling and iconic pictures to search through. Acclaimed examples such as Elena and Her Men, Joan of Arc, and Anastasia — the lattermost of which earned her a second Academy Award — narrowly and tragically found their way off the list.

Before checking out Ingrid Bergman: In Her Own Words, take a trip with us back through the career of one of the greatest talents to ever grace the silver screen. Enjoy the selections and let us know your own suggestions in the comments.

At long last, Ingrid Bergman meets director Ingmar Bergman, as a mother and daughter, Charlotte (Ingrid) and Eva (Liv Ullman), are pushed together for a dark night of the soul. Their relationship seems warm enough at first arrival, but slowly unravels to reveal strain and distance between them. The widowed Charlotte, a renowned concert pianist, is shocked to find her other daughter (the wheelchair-bound Helena, played by Lena Nyman) living with Eva. Helena’s mere presence stokes the slow-rising flames of resentment between Charlotte and Eva. As day becomes night, words are exchanged and old wounds ripped wide open. Bergman delivers an immensely powerful performance, boldly courageous and totally without vanity. But would you expect any less from the actor-director pairing?

A tale of two lovers tossed together and cast apart by the politics of love and war, Casablanca remains the classic so many purport it to be. At the center of this film is a romance between Rick (Humphrey Bogart) and Ilsa (Bergman), who were once in love in Paris. That was years ago. When Ilsa shows up at Rick’s Cafe Americain with a new beau, feelings are unearthed in the former lovers and the tides of history threaten to wash them all away. Bergman’s role is notable not only for its now-iconic nature, but the emotionally evocative tone that her presence exudes. Bergman’s ability to filter the emotional truth of her character through the prism of a Hollywood production is miraculous. Ilsa may be torn between two men, but her plight is anything but melodrama.

After the murder of her Aunt Alice, Paula is sent away to school in Italy to overcome the sadness of her past. Ten years later, she returns to the very house in which her aunt was killed, but she’s not alone. Paula has fallen in love with Gregory (Charles Boyer), who convinces her to marry him and move back into her family home. Cukor’s cheeky and slyly morbid tone works as playful foreshadowing. Bergman’s performance, the earliest on this list, is stunningly vulnerable yet acutely sensual, grabbing hold of a viewer within her first moments onscreen. Paula is just first of the several intelligent women in peril Bergman will play in her career (Gaslight was made back-to-back with Hitchcock’s Spellbound) whose wit and resourcefulness far outmatches that of her male counterparts. For her work, she won her first of three Academy Awards, beating out fellow nominee Barbara Stanwyck for Billy Wilder‘s Double Indemnity. Hardly a small feat.

The sole TV movie on the list, The Human Voice is an adaptation of Jean Cocteau‘s play, which Bergman performed on ABC in 1967. She takes the only onscreen role, a woman coping with the news that her lover of more than five years is about to marry another. She pleads with him over the phone, their only form of connection, alternatively lying that she’s fine and begging for his return. To call Bergman’s embodiment of this woman a monumental feat would be an understatement; it’s utterly herculean. Along with shooting on video, director Ted Kotcheff employs long takes and shattering close-ups, capturing the emotionally naked desperation of this nameless character. Although the film may not live up to the reputation established by Cocteau’s other works, Bergman’s performance befits that legacy.

Sidney Lumet‘s adaptation of Agatha Christie‘s Murder on the Orient Express is a star-studded and charmingly old-fashioned mystery, and landed Bergman her third Academy Award. She portrays Greta, a God-fearing, Bible-clutching Swedish missionary locked on a train with a sea of oddballs and at least one murderer. This is a skittish, flustered woman who finds herself under the watchful eye of famous detective Hercule Poirot (Albert Finney in a flamboyant and amusing turn). One of many suspects in this ensemble cast, Bergman accomplishes a great deal with little screen time. Through only a handful of scenes, she refreshingly allows herself some rather broad characterizations, which match immaculately with the screenplay’s heavily stylized dialogue. Here’s an admittedly slight piece of crowd-pleasing entertainment that nevertheless transcends its popcorn-cinema intentions on the backs of its performers.

Alicia, the daughter of a captured German spy, finds herself in a love triangle with an American spy and a leading member of the Nazi party after she’s recruited to become a double agent. As suspenseful as it is romantic, Alfred Hitchcock‘s Notorious is a love story about wounded people too damaged and afraid to trust one another. It’s a testament to Bergman’s enthralling performance that we fall head over heels for Alicia the moment we meet her. Despite the charming presence of Cary Grant and Claude Rains, she’s Notorious‘ true star. The performance is riveting and iconic; the part is difficult, requiring the talents of both a movie star and a phenomenal actress. It goes without saying that she qualifies in both categories.

Ingrid Bergman was Hollywood royalty long before she wrote director Roberto Rossellini a fan letter suggesting that they make a film together. They did, fell in love, and were eventually wed. During their seven-year marriage, they made five films together, but the first three will always remain their most evocative and heartfelt. In their first collaboration, Stromboli, Bergman portrays Karin, a Lithuanian woman who marries an Italian fisherman to ensure her release from an internment camp. As the unflinching reality of her situation becomes clear, Bergman manages to convey volumes with the slightest gestures. Few performers can command the screen in the same way, repeatedly breaking and re-breaking your heart with tears in her eyes and hope in her smile.

Their second outing, Europe ’51, is a darker tale about a bourgeois mother dealing with the death of her depressed young son. This grieving woman is no mere film character, but a living, breathing human with a beating heart. As she copes with the loss, she gradually finds herself transformed by the experience, shedding her upper-class attitudes and accoutrement. She finds herself drawn into the lives of the economically lower class, using her wealth and status to help those not as fortunate. The key element linking the works, other than the actress’s casting, is Rossellini’s doc-like, neorealist visual approach to their material.

The third and most optimistic picture, Journey to Italy, is told in a swiftly paced yet novelistic fashion. A married couple travels to Naples to sell a villa left by a deceased uncle. Katherine and her husband, Alex (George Sanders), are quietly disappointed with her life and marriage. This admission triggers something deep and profound in her, starting a journey. It’s perhaps the most emotionally stirring of these three titles, largely thanks to its star’s complex turn. I initially balked at the balding Sanders’ casting — until I saw a photo of Rossellini, who closely resembles the lead actor. Perhaps Journey to Italy is the couple’s most personal, even autobiographical film.

Her first collaboration with Alfred Hitchcock is a suspenseful and gorgeous tug of war between the mind and the heart. Bergman portrays Dr. Petersen, a psychoanalyst who falls in love with an amnesiac patient (Gregory Peck) accused of murder. The film is known for a lavish dream sequence — truly one of the most unforgettable scenes in cinema — designed by Salvador Dalí. But Bergman’s performance proves equally unforgettable when she weaves her way through this labyrinthine and surreal mystery. In the end, she’s a shrink-turned-“dream detective” — a term predating Inception by nearly 70 years — who succeeds without the knight-like valor of a male movie star. Dr. Petersen may be the most contemporary, feminist character on this list.

Ingrid Bergman: In Her Own Words is now in limited release.

What are your favorite Ingrid Bergman performances?