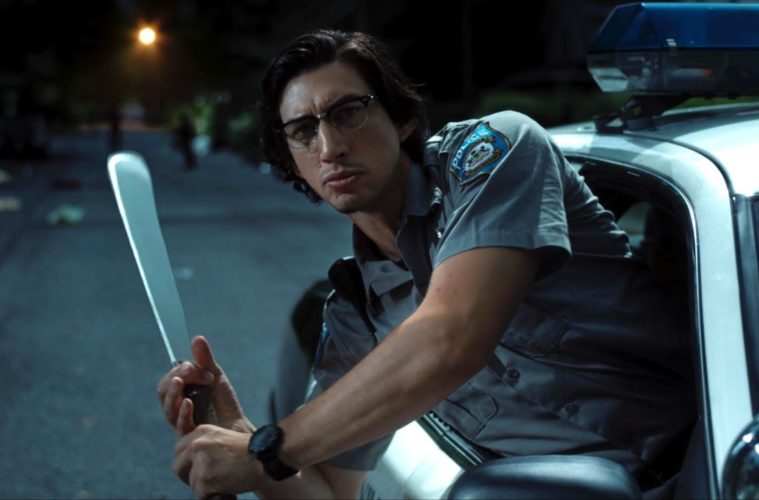 After an incredible start to the summer season last month, June is a bit lighter for acclaimed and/or promising releases, but there’s still a handful of worthwhile options. While we can’t muster up much excitement for the fourth installment of an animated franchise and our writers were mixed on some recent festival favorites finally arriving, we have a pared-down list of ten recommendations to seek out.

The first film I saw at Sundance Film Festival this year was Petra Costa’s intimate look at Brazil’s fraught political landscape, and it made quite an impression. Giovanni Marchini Camia said in our review, “The Brazilian filmmaker Petra Costa belongs to the many who fear that Jair Bolsonaro’s election as President of Brazil represents the beginning of the end for the country’s democracy, three short decades after the fall of the military dictatorship that held power from 1964 to 1985. In her documentary The Edge of Democracy, which had its world premiere at Sundance a couple of weeks after Bolsonaro’s inauguration on the 1st of January 2019, she probes how the country could replace the Workers’ Party of Luiz Inácio Lula da Silva, whose presidency brought Brazil to unprecedented levels of social and economic prosperity, with a former army captain whose political views and stated ambitions amount to nothing less than fascism.”

After breaking out with the drama Beast, Jessie Buckley’s star is certainly on the rise, joining the next films from Charlie Kaufman and Stephen Gaghan. Her latest role in Wild Rose follows her as a Glasgow musician recently out of prison who embarks to Nashville to follow her music dreams. While the set-up seems carved from a tried-and-true structure, the film has earned much praise since its TIFF premiere last fall. Now set for a release by Neon, it’ll arrive later this month.

In 1989, the 24-year-old Tracy Edwards changed history when, acting as skipper, embarked with the first-ever all-female crew to enter the Whitbread Round the World Race. Competing against the all-male crews and numerous other challenges, this journey is now captured in the acclaimed documentary Maiden. Following its festival stops at Sundance, TIFF, SXSW, Tribeca, and more, it’ll now arrive in theaters this month, with one-night advance screenings on June 24.

Following a Cannes premiere last year, the Soviet-set rock ‘n’ roll drama Leto, from controversial director Kirill Serebrennikov (who was previously under house arrest in Moscow due to being accused of embezzling $2 million of government funds, but has since been freed) will arrive this week. Ed Frankl said in our review, “At a time when freedom of expression titters on the brink in Vladimir Putin’s Russia, there’s something thrillingly contemporary about Kirill Serebrennikov’s Soviet-set musical drama. Early 1980s St. Petersburg proves a breeding ground of underground music as rebellion, however tacit, emerges in home-grown rock and punk. Leto’s melancholic ode to rough-and-ready counterculture proves ever more relevant as Serebrennikov, himself an avant-garde theater director, remains under house arrest in Moscow.”

A24’s latest Sundance film directed by Joe Talbot–co-writing the script with star Jimmie Fails and Rob Richert– follows a man aiming to reclaim his grandfather’s home in a changing city. Hugely praised at the festival, our writer was a little more mixed, but I still look forward to seeking it out this month. Dan Mecca said in our Sundance review, “A beautiful score from Emile Mosseri and some memorable lensing from Adam Newport-Berra do quite a bit for a story that never really becomes a story. Jimmie and Mont’s friendship has plenty to invest in and the two actors do top-notch work. The subject matter is immediate and engaging. But the structure of this film is languid to the point of aggravation. Scenes linger on a minute too long and then another sequence later on achieves the same point. It’s clearly the intention to capture these lives fully and to find the style and grandeur within ordinary moments, which is admirable. Ultimately though, Talbot seems reticent to trim down this piece into a streamlined narrative that will hold attention from start to finish.”

One of the most striking directorial debuts of the year is Lila Avilés’s The Chambermaid which invites a keen look at the class divide in a luxury Mexico City hotel. Brimming with humanity, we follow Evelina (Gabriela Cartol), a chambermaid as she balances her workload, her dreams, and her fantasies dozens of stories above her home life which, in a clever decision, we never see. In our review from the Toronto International Film Festival, John Fink said, “The Chambermaid offers a sometimes funny and playful look into the inner life of Eve; nuanced and natural, it has a quiet and modest power as it comments on the ironies of contemporary cities like Mexico City and their growing economic divide.”

A foreign film receiving a Netflix release unfortunately means it won’t make as much of an impression compared to a standard roll-out, but this German gem is worth seeking out. Rory O’Connor said in our Locarno review, “What immense health German cinema has found itself in lately. Since the turn of the decade, audiences of a certain ilk have grown accustomed to seeing names like Ade, Petzold, Grisebach, Schanelec, and Köhler show up on art-house and festival screens. We may soon need to add Eva Trobisch to that list. Yes, if All Good (Alles ist gut)–her snare drum taut and timely feature debut–is anything to go by, the East Berlin-born writer-director should provide that rich vein of deutsche Regisseure will its latest transfusion.”

For his latest film, Mexican director Carlos Reygadas looked inward, casting his own family in the 173-minute Our Time, set on a ranch as jealousy interrupts their way of life. Ethan Vestby said in our TIFF review, “At least based of its original title of Where Life is Born, director Carlos Reygadas’ fifth feature film from the outset seemed to promise the ultimate realization of his festival-approved Transcendental Vision. Yet what we finally received instead six years after his last feature is a three-hour cuckold drama that’s thankfully at least a little closer in spirit to the lizard-brained surrealism of Post Tenebras Lux as opposed to his banalization of Dreyer (and still art-house calling card) Silent Light. One almost wants to describe it as admirably awkward; the feeling of both watching a train-wreck unfold in (very) slow-motion and a work of art that very boldly and genuinely seeks to please no one.”

At least in terms of initial reception, it seems as though Jim Jarmusch didn’t break the curse of the Cannes Opening Night selection with The Dead Don’t Die, yet a new film from the director is always essential viewing in my mind. Following a divisive reaction at the festival (including from our own Leonardo Goi), thankfully this zombie comedy is getting quite soon after its initial premiere. Starring Bill Murray, Adam Driver, Tilda Swinton, Chloë Sevigny, Steve Buscemi, Danny Glover, Caleb Landry Jones, Rosie Perez, Iggy Pop, Sara Driver, RZA, Selena Gomez, Carol Kane, Austin Butler, Luka Sabbat, and Tom Waits, it’s also got the cast of the summer.

Before Martin Scorsese’s major Netflix release The Irishman this fall, a preamble has arrived in the form of another documentary centering on Bob Dylan. Don’t expect something kin with his more strait-laced (and excellent all the same) No Direction Home as Rolling Thunder Revue is described as “part documentary, part concert film, part fever dream” that “captures the troubled spirit of America in 1975″ and earns the designation of “story” rather than “portrait” or some such. Appearing in one of his only interviews this decade, Dylan will be joined by many other familiar faces in what should be another epic outing for the director, clocking in at nearly 2.5 hours–though still a full hour shorter than his last Dylan film.