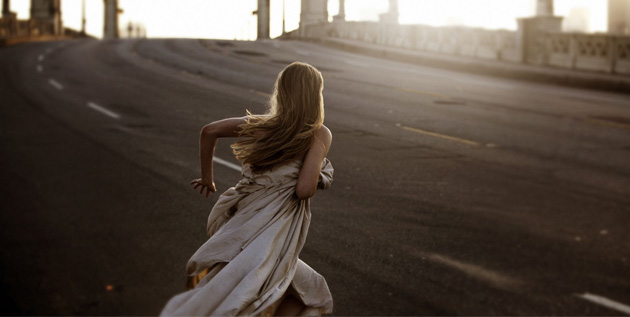 10 Films To See In April Before 2012 kicks into high gear with Cannes and the summer blockbuster season launching next month, we’ve still got a number of notable releases in April. A few film festival holdovers and likely the best Joss Whedon project of the year are among the highlights. Check out our matinee mentions followed by the ten must-sees below.

Synopsis: A slasher-movie killer frightens a group of teens during their senior year of high school.

Why You Should See It: Since its SXSW premiere, the latest film from the director of Torque has been receiving divisive response and judging from its insane trailer, one can clearly see why. With comedy, action, sci-fi, drama, horror and more making up this genre-blender, I’m certainly looking forward to see what madness Kahn has in store.

Synopsis: A documentary on the life, music and legacy of Bob Marley.

Why You Should See It: With his latest fictional effort, The Eagle, flopping, Macdonald has smartly been recharging his batteries in the documentary field. He was behind curating last year’s excellent crowd-sourced film Life in a Day and he returns this year with a smaller scope, an in-depth look at the life of Bob Marley. And could the release date be any more perfect?

Synopsis: In small-town Texas, the local mortician strikes up a friendship with a wealthy widow, though when he kills her, he goes to great lengths to create the illusion that she’s alive.

Why You Should See It: After a string of live-action duds, it is great to see Jack Black return with a promising lead role in this dark comedy from Richard Linklater. With an above-average response at AFI Fest and SXSW, the film will hit limited release later this month.

Synopsis: An accomplished headhunter risks everything to obtain a valuable painting owned by a former mercenary.

Why You Should See It: With talks of a remake already swirling about and the original director attached to his Hollywood debut, I look forward to seeing if the buzz is warranted on this slick foreign heist drama.

Synopsis: A man wrongly convicted of conspiracy to commit espionage against the U.S. is offered his freedom if he can rescue the president’s daughter from an outer space prison taken over by violent inmates.

Why You Should See It: In what looks to be a kick-ass throwback to ’80’s actioners, this Escape From New York meets Die Hard sci-fi adventure should be a great appetizer to the stacked summer popcorn slate. If nothing else, Guy Pearce gets to lead a Hollywood blockbuster, something that needs to happen more often,

Synopsis: A comedy that charts the ups and downs of an engaged couple’s relationship.

Why You Should See It: Nicholas Stoller fits perfectly into the Judd Apatow camp, mixing nearly non-stop laughs with a layer of charm and drama. After Forgetting Sarah Marshall and Get Him Into the Greek, he looks to have crafted his most endearing film yet, re-teaming with Jason Segel and adding the alluring Emily Blunt in this look at prolonged nuptials.

Synopsis: Pirate Captain sets out on a mission to defeat his rivals Black Bellamy and Cutlass Liz for the Pirate of the Year Award. The quest takes Captain and his crew from the shores of Blood Island to the foggy streets of Victorian London.

Why You Should See It: Any feature film is a labor of love, but few are as painstakingly detailed as those from Aardman. Their next stop-motion animation takes us on to the high seas with this pirate tale. Already coming off strong reception in the UK, the film is arriving in US theaters at the end of the month.

Synopsis: A trio of girls set out to change the male-dominated environment of the Seven Oaks college campus, and to rescue their fellow students from depression, grunge and low standards of every kind.

Why You Should See It: If you’ve seen any Whit Stillman film before then you’re either on board with his style or far in the other direction. With his latest, teaming Greta Gerwig with Analeigh Tipton, Aubrey Plaza and more, the director returns after a 14-year break and continues the same sharp, witty dialogue with his refreshingly-relaxed tone.

Synopsis: A journalist and his girlfriend get pulled in while they investigate a cult whose leader claims to be from the future.

Why You Should See It: After premiering alongside last year’s cult masterpiece Martha Marcy May Marlene at Sundance, Fox Searchlight have spaced out the release of their other highly praised drama dealing with similar subject matter. On the verge of her Hollywood breakout, Brit Marling stars in the drama which looks to take a more in-depth look at this lifestyle.

Why You Should See It: Since it’s hushed bow at BNAT last year, Drew Goddard and Joss Whedon‘s horror flick has been met with enthusiastic praise, yet spare details to go along with the buzz. Once you see the film, you’ll be glad to have known very little, as every scene adds a new layer of mystery up until it’s supremely satisfying conclusion. Know nothing and experience what’ll likely rival any upcoming summer blockbuster in pure fun. Read our spoiler-free review from SXSW here.

What film are you most looking forward to this month?