You Mean Everything to Me Review: Morgan Saylor’s Strong Performance Holds Up This Toxic Relationship Drama 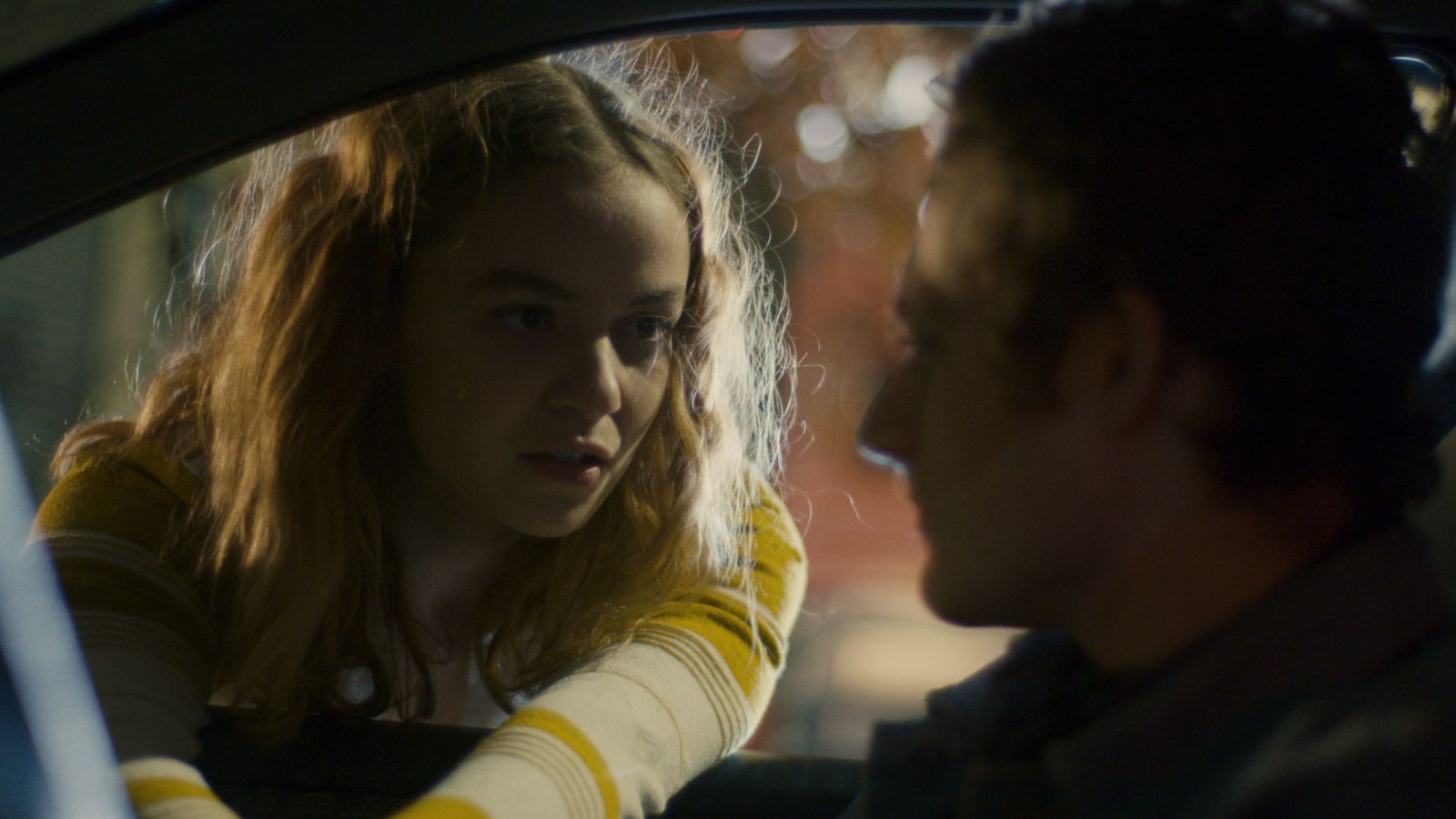 Romance takes a predatory turn in You Mean Everything to Me, a film that explores the pattern by which a DJ named Nathan (Ben Rosenfield) begins to grip a vice around the life of Cassandra (Morgan Saylor), a waitress living out of her car after she’s evicted from her sister’s place. Writer-director Bryan Wizemann was inspired by a toxic relationship that befell a female friend of his—one which would go on to similarly troubling circumstances to those we see in the film, as Cassandra is manipulated into working as an erotic dancer at the club where Nathan DJs and, eventually, into the world of sex work against her will.

Wizemann is quite effective in his portrayal of a relationship where a man methodically removes his prey from any possible support system, alienating her from family, work, and friends. We are placed firmly into Cassandra’s perspective, as she starts to realize she is in a dangerous environment that she doesn’t know how to escape from. We see in interactions with her sister and others that there aren’t many options, making her the perfect victim for Nathan to latch his claws into.

Through the early stages of the film, Wizemann draws out the ways in which Cassandra will question her own interpretation of events, constantly second-guessing her doubts about Nathan, and justifying his love for her when faced with the gnawing truth that this is someone she shouldn’t be with. His gaslighting becomes more and more extreme, to the point where eventually the mask comes off and it’s clear who this guy really is, though she may be in too deep to get out.

It’s troubling to watch, and in one scene may go a bit far in its portrayal of her plight, bordering on the gratuitous in an attempt to hammer home a point the film had already communicated some time ago. It’s a symptom of the feeling Wizemann has a strong starting idea yet struggles to move this exploration much beyond that, pushing the development of the story too fast and plateauing early on.

Saylor’s performance marks the film’s greatest strength—she strongly communicates Cassandra’s feeling of isolation leading to desperation. In every step, we feel we’re with Cassandra, understanding that growing realization of being in a bad situation with no easy solution. A long way from her early days on Homeland, the actress is finding a rhythm for herself in challenging roles that put her through the emotional ringer.

Opposite Saylor, the talented Rosenfield creates an intimidating figure in Nathan, but he struggles under the limitations of Wizemann’s script. While You Mean Everything to Me‘s central idea is clearly delivered, the film could have used some more nuance to allow dimensionality in how its relationship unfolds. Perhaps in part due to a svelte 90-minute length, there’s something to be desired in how directly, how quickly, the blueprint for this story is laid out, and Wizemann doesn’t really add much beyond what you can expect—what we’ve seen done more sharply elsewhere.

The arrival of another young woman under Nathan’s hold presents an interesting angle wherein Cassandra must stay with him in order to try protecting someone else from falling victim to his manipulation, but this wrinkle in her escape plan is introduced too late for the film to do enough with it, furthering the idea that we’re spinning wheels more than bringing in some new layers. This element could have developed into something more significant, but You Mean Everything to Me often feels like the first draft of a story that had more potential than what we see.

You Mean Everything to Me opens on December 17 at Cinema Village in NYC.