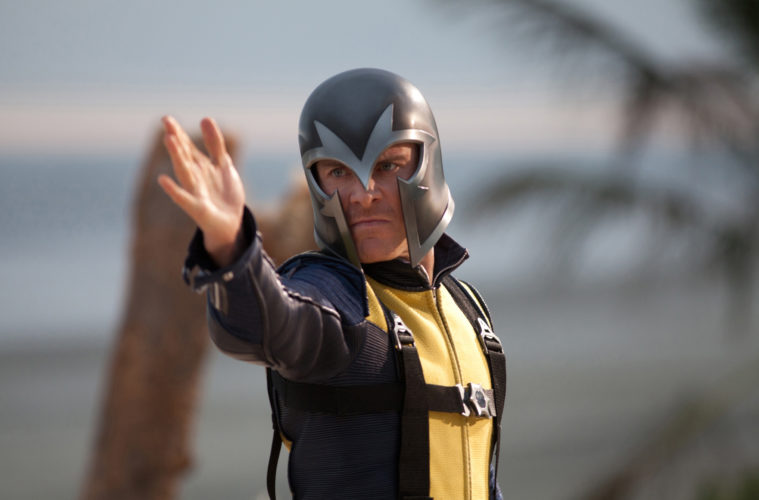 Fassy fans, rejoice! MTV (via ScreenRant) has just informed us that the upcoming X-Men: First Class sequel will be very Michael Fassbender-centric — or, “Magneto-centric,” if you’d rather. With Matthew Vaughn returning to the director’s chair, he’s reeled in Sherlock Holmes‘ writer/producer Simon Kinberg to determine what narrative route the sequel will take. Needless to say, it’s the right one.

Although James McAvoy previously stated that the sequel may focus on the “transformative process” his character experiences after being restricted to a wheelchair in the first film, it’s now a possibility that Xavier will be used to mimicked Erik Lehnsherr’s (Fassbender) transformation into the villain Magneto, which we saw a little glimpse of at the end of the first film.

After speaking with MTV, Kinberg said that the sequel will do “some things unexpected” in relation to both the character of Xavier and Magneto. Here’s a quote from his interview.

“That’s what was so cool about the first one and what we want to continue. Magneto becomes the villain ultimately of the franchise but he’s a much more complicated character as a young man. He’s someone you sympathize with, you care about you root for even though might not necessarily agree with his methods, you understand his philosophy.”

When asked about whether the sequel will end with Magneto as the full-fledged villain, Kinberg stated that “[they’re] still figuring that out.” He also said that, “I think the truth is ultimately that because Michael [Fassbender] is such an interesting actor, he’ll never be full-on anything. He’ll have a villainous side and he’ll have a sympathetic human side you’ll be able to relate but you’ll also be afraid of him. He becomes Magneto, he says ‘Call me Magneto’ at the end of the first movie.”

Although these plot developments are really intriguing to Magneto and Fassbender fans, we can’t just assume that the writers are going to leave out Xavier and his journey. The film is currently slated for a 2014 release, so a lot can surely change in the meantime. I quite enjoyed X-Men: First Class and Fassbender as Lehnsherr, so I’m obviously quite happy with this news. Although I’m not really familiar with the comics (a shame, I know) I do like what Vaughn has done with the very profitable franchise. But, now, it’s just a big waiting game to find out where the narrative will take us and what new characters will be implanted into the sequel.

Are you happy with this Magneto and X-Men news?