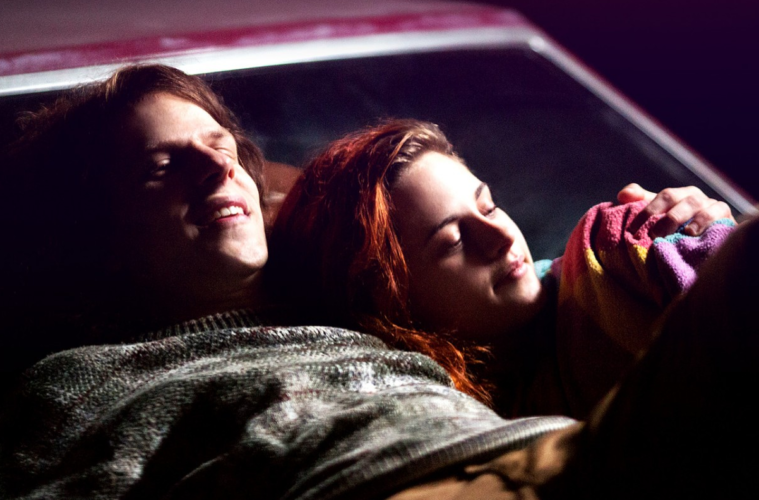 Coming off of the Joaquin Phoenix-led Irrational Man, like clockwork, Woody Allen has already set his next cast for his follow-up, beginning to shoot this month. Although no title or plot has been revealed, the ensemble will include Jesse Eisenberg, Blake Lively, Parker Posey, Kristen Stewart, Corey Stoll, Ken Stott, Bruce Willis, Jeannie Berlin, Anna Camp, Stephen Kunken, Sari Lennick and Paul Schneider. Returning to New York to shoot, expect a release next summer. Meanwhile, it’s been confirmed that Allen’s Amazon show, which he could star in, is expected to begin shooting late this year for a release in the fall of 2016.

Next up, after the successful Whiplash, director Damien Chazelle is embarking on his follow-up La La Land. Starring Emma Stone and Ryan Gosling, it’s described as a modern-day Los Angeles musical as Stone takes the role of a lonely aspiring actress named Mia, while Gosling plays jazz pianist Sebastian. Deadline now reports that Rosemarie DeWitt has joined the ensemble, which also includes Whiplash‘s J.K. Simmons, Sonoya Mizuno, Jessica Rothe and Callie Hernandez. She’ll be playing Gosling’s sister in the film, while Roger Friedman reports that John Legend will perform a few original songs in the film, set for a July 15th, 2016 release.

Lastly, Netflix made headlines recently after fronting the reported $60 million project War Machine, which would mark the next film from The Rover director David Michôd and star Brad Pitt. Based on Michael Hastings‘ novel The Operators the film will “chronicle the rise and fall of General Stanley McChrystal, the commanding general of international and U.S. forces in Afghanistan.” The figure was known as a “rock star” in his group and was open about his negative feelings towards the U.S. government in power, which led to his firing. Deadline now reports that The Place Beyond the Pines star Emory Cohen has joined the project, playing a member of the General’s platoon. Expect a fall 2016 release for the film.